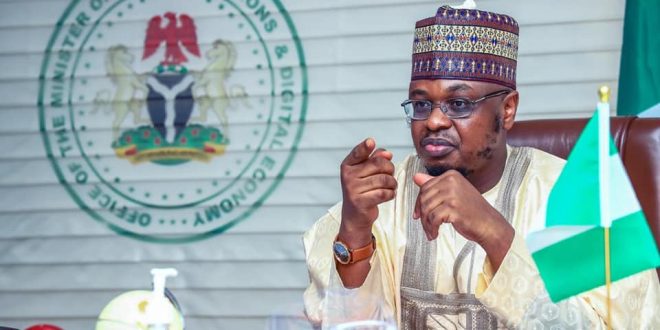 The Right to be Silent: AGFCS Report Reveals Nigerian Telcos-Government Intrusion of People’s Privacy and Interception of Citizen Communications

A Deep Dive into the AGFCS Report

There are growing concerns that successive governments at the national and state levels abuse their privileged access to people’s biometric data, amidst threats of infringements on civil liberties.

The Action Group on Free Civic Space (AGFCS), a coalition of civil society groups in Nigeria, coordinated by Spaces for Change (S4C), documented these threats in its recent research titled “Security Playbook of Digital Authoritarianism in Nigeria”.

There is a genuine need by the government in Nigeria, as with its counterpart all over the world, to build capacity for the collection of citizen data for various purposes of good governance.

The government needs correct and updated data for purposes such as forecasting and planning for education, public health, housing and infrastructure, immigration policies and other development concerns.

Besides these, there are other types of data that the government needs that are more intrusive to people’s privacy but needed all the same for preempting, preventing and combating threats to public safety. These threats include terrorism financing, money laundering, cyber fraud, cyberbullying, hate speech, terrorism networking, and other threats to national security.

The Tri-headed Big Brother:  3 sectors that Obtain and Use Citizens’ Biometric Information

There are 3 main collectors of very private information on people in Nigeria. These are the various State institutions, Private Businesses such as Banks and Telecommunication Service Providers, and Foreign Embassies.

According to the AGFCS report, “What the biometric collection spree currently enforced in Nigeria means is that every Nigerian that is at least 18 years old, would interface with a minimum of seven data collection agencies of the government to be able to exercise the basic rights to vote, bank, drive, call or travel.”

Joshua Olufemi, Founder and Executive Director of Dataphyte, and one of the AGFCS’ Lead researchers remarked, “For instance, when you register for and purchase a new SIM card and insert it into your phone, walk into a banking hall to open an account, register your business with the tax authorities, and then proceed to register for your National Identity Number (NIN), you avail people in these private and public organisations the opportunity to track your physical locations and movements, to track and stop your financial transactions, to track and intercept your communications, to block your online content and communications, and so on. Some think,‘Well that shouldn’t be a worry if you’re clean.”

But “There is evidence that large volumes of personal data, including biometric information stored on multiple centralized databases, have been frequently compromised, increasing citizens’ exposure to privacy intrusions, targeted advertisements, identity fraud, and blackmail.”, the AGFCS report noted.

The AGFCS researchers cited findings by The ICIR which revealed that the ruling party, the All Progressives Congress (APC), may have collaborated with the Nigerian Communication Commission (NCC) and the Independent National Electoral Commission (INEC) to access the personal information of potential voters without their consent.

The report also mentioned that a notorious hacking incident targeted at the websites and databases of two Nigerian universities — Ahmadu Bello University (ABU), Zaria and the University of Benin (UNIBEN), Benin City — publicly released students’ and staff personal data which include admission lists and course registration details, leaving students, lecturers, and administrators vulnerable to identity theft and misuse of their personal data by cybercriminals.

The Nigerian Federal Government’s budget on digital surveillance in 2020 was estimated at 70% of the budgeted amount for digital surveillance in the past 11 years. This would have been understandable going by the country’s emerging frontiers of terrorism – terrorism financing, kidnapping, banditry, and other nefarious activities of unknown gunmen.

On the contrary, research findings indicate that the Government’s digital surveillance has been turned on the civic space to stifle press freedom, freedom of expression, political opposition, and citizens that dare to hold the government to account.

“The clampdown on protesters in the wake of the October 2020 #EndSARS protests against police brutality, particularly the monitoring of their financial activities and locations, which culminated in the freezing of some protesters’ bank accounts, cryptocurrency ban and the confiscation of some activists’ passports, vividly illustrate how intrusive data collection makes surveillance and targeting of civic actors quite easy for governments. The protestors/holders of the frozen accounts are currently facing criminal charges on the grounds that they are suspected to be involved in “terrorism financing using their bank accounts.”, the AGFCS Report observed.

According to the AGFCS research, “Regulatory obligations and profit-making stand out as the predominant motives for private sector participation in data breaches and surveillance initiatives.

On the regulatory side, certain regulations and legislations impose obligations on private actors, especially tech corporations to render assistance to the government’s surveillance agendas based on national security, disaster management, crime prevention and detection, public safety or other considerations.

On the profit side, the online ad industry procures loads of personal data to achieve aggressive marketing objectives and the targeting of ads to specific groups of users.”

The report gives details of 8 methods through which private actors, mainly telecommunication companies (Telcos) facilitate the government’s use of technology to silence voices of dissent.

The Right to be Silent: 6 Tactics the State Uses to Smother Voices of Dissent Online and Offline

Ode Uduu, a Dataphyte Researcher identified at least 6 tactics the government uses to smother voices of dissent online and offline. These include Arrests, Physical Attacks, Damage of journalists’ equipment or offices, Denial of Access to journalists to cover events, Threats, and Harassments.

Spaces for Change’s Civic Space Tracker estimates 182 such incidents of the governments’ onslaught against freedoms in the civic space. These include 63 cases of attacks on press freedoms, 48 cases of threats to freedom of association, 53 attacks on free speech, 36 incidents of torture and degrading treatment of civic actors, 25 cases of infringement on the right to life, 15 cases of political restrictions, 6 restrictive legislations, and 6 anti-money laundering/counter financing of terrorism laws that impair the operations of legitimate not for profit civil society organisations.