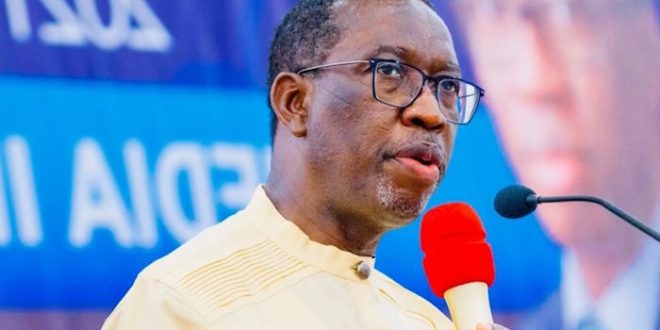 Sitting in his office and thinking of the best way to run the Ministry of Agriculture, the Commissioner in charge, Mr. Julius Egbedi has found his best friend in animals instead of the workers he relates with or Deltans who should be collecting Agric loans to boost farm productivity in the state.

In the 2021 budget awaiting approval by the State House of Assembly and passage into law, Egbedi is passionately begging the legislators to approve money for him that will make goats fat, while Deltans grow lean.

In budget code number 21500100100477, he has requested for a whooping sum of N169 million to be approved for him in what he calls “goat fattening programme”.

Curiously, this amount was never budgeted for in the 2020 budget making one wonder if the Commissioner is just realizing that the goats need to be fed well in an election year while they grow lean in previous years.

It is still unclear if the lawmakers will approve the money for him in a state where goats feed on grass and yam peelings which is common in homes.

Previous The Right to be Silent: AGFCS Report Reveals Nigerian Telcos-Government Intrusion of People’s Privacy and Interception of Citizen Communications
Next More Trouble For Babayo Misau As Court Again Issues Interim Order Stopping Him From Parading Himself As Party Chairman