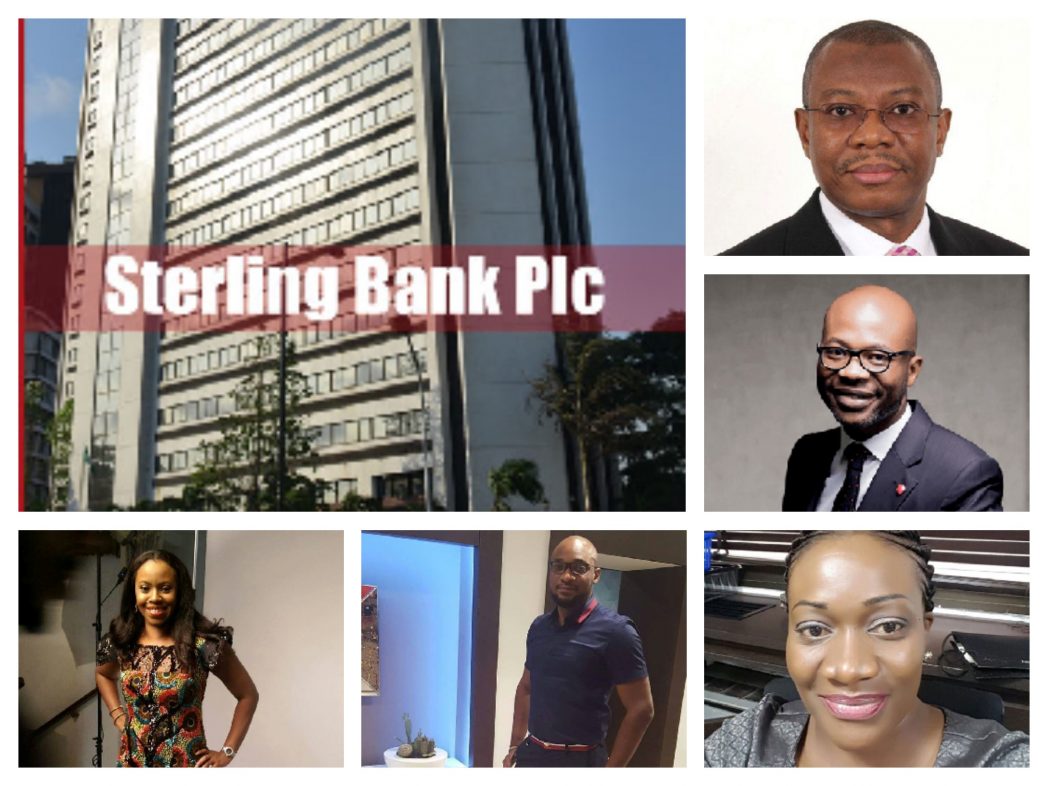 Running a bank requires having men of tested integrity and impeccable characters but for Sterling Bank, breaking every known rules of banking is the order of the day, with active connivance from the very top. To them, banking is personal business and the customers’ money a fiddle to play with. Their use of T24 Core Banking Applications (CBA), which they changed to on April 30th 2016 in a project that lasted eighteen months to hide corrupt practices but disguised as applications to improve services, is an exclusive report from Secret Reporters to hit the news stand soon. The 18 tower building is a citadel of corruption.

Some daring insiders who are our ever reliable sources out rightly call the bank they work in ‘Stealing Bank’ as they have not only stolen from the system but also systematically defrauded the bankers within, especially the outsourced staff. To this bank, all is fair, even if it’s crime, as long as the lid is not blown open. This is an endless report on the dirty games that plays out in Sterling Bank, the corporate romance that engulfed the notorious 9th/12th floor and mindless fraud, rampaging the revered bank. It’s the Game of Bank Executive Thrones where the winner takes it all. The Managing Director’s ten years tenure ends this year and the competent sources revealed that he will hand over to one of his Citibank recruits who understands how the cartel works.

These names called and still call the shot in the bank. They determine the fate of every worker on the 12th floor and every other floor, where decisions are sealed. They form the dirty cabal that runs contrary to anything banking. Every fraud that ever happened in the bank which will be unraveled in the episodes had and still has their signatures. They are extremely ruthless and heartless in actions and inaction.

Yemi Odubiyi – He’s the Executive Director of Operation and Services and likely to succeed the Managing Director, Adeyemi Razack Adeola. Alongside the MD and the Executive Director of Finance and Performance Management, Abubakar Suleiman; they run the bank. The three of them are the defunct Citibank recruits. Odubiyi is the most powerful ED in Nigeria banking sector and a dangerous skirt chaser. Very top sources alleged that he has an intimate affair with two of the bank female staff, who climbed the ladder fast, courtesy of their amorous relationship. In a dangerous manner never experienced in the financial world, he did not only encourage fraud but promoted the fraudsters. He’s the sack machine of the bank. His office is on the 9th floor.

Adekanla Desalu – He’s the protégé of Odubiyi and even keeps bald head like him. He’s the master of the looters who received the lion’s share in a secret fraud that rocked the bank and works in the ED office. A former Globacom worker who moved to ETB before joining Sterling Bank, he has a legacy in the bank in employing ladies with no previous banking experience but good in wearing miniskirts. With the active connivance of the ED, he gets them recruited and gives them big positions. In July 2016, he was transferred to head the Contact Centre which is an all female unit. “He has allegedly been enjoying himself in the midst of ladies”, revealed a source. Secret Reporters insiders within the bank reported that the recent happening is that the new group head of CEMG, Mr Nduka Mba-Uzoukwu is on the verge of removing him from the contact centre describing him as “an empty vessel”. He will be removed this month!

Eguru Nyenke – A dangerous player in the bank Headquarter and can do and undo. Her influence cuts across branches and even employs outsource staff. This influence is gotten from her alleged sexual relationship with the ED, Odubiyi. A former Globacom worker but was brought in by Desalu. She was a Unit Head and managed the Contact Centre, which she could not manage until the ED created another unit called Service Performance for her to head just to make her relevant. Employed in 2013 but rapidly promoted in 2015 in a controversial manner that will be detailed in the episodes. Her office is on the 12th floor.

Busola Awosile – She’s a major rival to Eguru over the heart and attention of the ED, with whom she allegedly has amorous affairs with. Both ladies are known to “shamelessly fight with one another” according to one of our insider sources. They are the two most deadly rivalries that exist in Sterling Bank today. She’s in her mid thirties and known as the Professor Emeritus of miniskirts. The ED employed her as a full Manager in 2013. She once worked in the Customer Unit of Sainsbury Plc. During group meetings, she doesn’t agree with Eguru as they were always arguing and at loggerhead. While Eguru managed the Contact Centre, she was in charge of Customer Experience Management Personnel (CEMPs)

Titilayo Ogundipe – A spineless Assistant General Manager and group head of CEMPs who was sacked on 30th January 2016 by the ED, Odubiyi, just to please Eguru, who was having issues with her. She allowed Eguru make a mess of the corporate environemnt because she was afraid of Yemi Ogunbiyi who has emotional relationship with the latter. She is now a facilitator and consultant to banks like FCMB. Her details and times in Sterling Bank where the cabal held her hostage will surface in the episodes. As soon as she was sacked, the ED employed Nduka Uba-Nzoukwu from another bank to head the group.

Kojusola Ajao – She was sacked for a fraud committed by four persons which includes the ED’s lover. In the conspiracy to cover up one of the bank frauds, she was made the scapegoat.

Oluwaseyi Oni – A brilliant banker who was not allowed to soar in Sterling Bank due to the cabal that infested it. Sent on a mission to rescue a unit, he ended up getting ‘penalized’ for a job well done, simply because the powerful Eguru was not happy that he exposed her weaknesses. The ED who is ever at her beck and call did the needful, and today, he’s with First City Monument Bank (FCMB) when he he observed he would lose the ethical battle with Eguru.

Fineface Oguzie – He’s a manager of a Issa Williams branch, beside the famous Balogun Market and behind UBA Headquarters, Marina and never yields profit, but very fraudulent in converting account brought by other staff to his own. For carrying out a dirty job within the bank for the 12th floor occupants, he was promoted from Senior Banking Officer to Assistant Manager alongside Janet Akpan who is one of the fraudsters and assists Eguru in her reign of terror was promoted from Executive Trainee to Senior Executive.