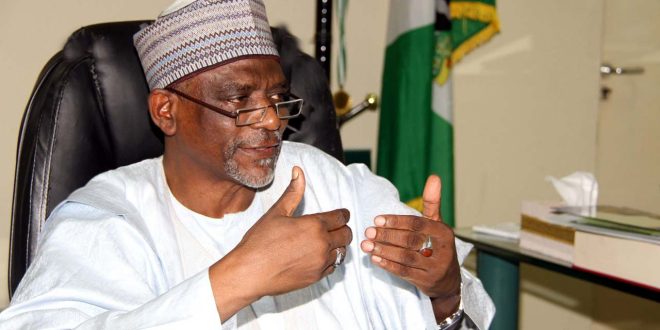 More drama may be unfolding in the coming weeks as members of the Academic Staff Union of Universities (ASUU) prepare to announce a possible nationwide strike over unpaid compensations and the failure of the Nigerian government to address their demands.

This is as findings by SecretReporters reveal that, while Nigerians are focused on the impending strike which ASUU threaten will last till their demands are met, the Federal Ministry of Education under Malam Adamu Adamu has been busy inserting frivolous items into its proposed 2022 financial budget for the Ministry’s headquarters in Abuja.

As contained in the proposed 2022 budget of N16.39 Trillion presented by President Muhammadu Buhari to the national assembly, the Federal Ministry of Education we learned, budgeted the sum of N300,000,000 (Three Hundred Million Naira) for “Construction of a Gym at FME HQTRS and Purchase of Furniture” with code ERGP23168935.

This move has come under heavy criticisms as the Malam Adamu-led Ministry is accused of focusing on massaging the ego of the current administration rather than making timely intervention in the wake of the threat of a total shutdown of academic activities in public universities by ASUU.

With uncertainty looming over the intended industrial action, there are calls by Nigerians to the National Assembly to not only wade into the issue but to properly scrutinize the financial activities of the Federal Ministry of Education, especially its proposed 2022 budget, to avoid scares public resources to be diverted for daily exercise routines for staff of the Ministry.