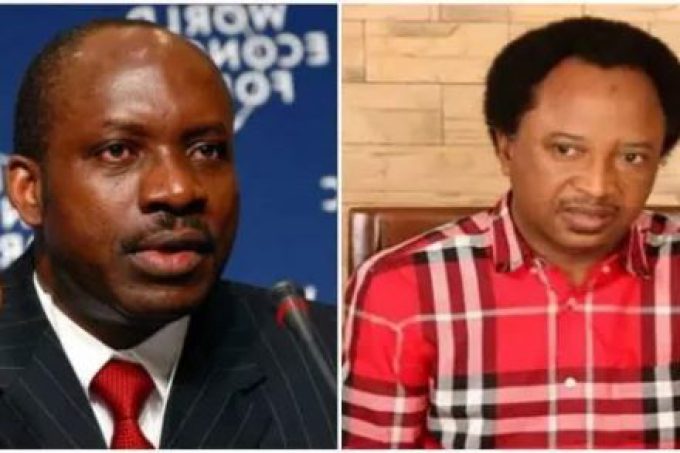 SEN. SHEHU SANI’S ATTACK ON IS CHILDISH AND SIMPLE BIGOTRY

A Senator representing a constituency inside Kaduna State by the name Senator Shehu Sani recently opened a near septic can of worm upon himself and his self-respect. He had opened his mouth to air fluffed up rubbish in response to what he believes was Prof. Chukwuma Charles Soludo’s address recently in Kaduna on the ever ailing state of Nigeria’s economy. The Senator pointed to the eminent Professor and former Governor of the Central Bank of Nigeria (CBN) as the fault for the ailing economy being experienced under the present President Buhari administration.
The Senator may have been quick to react in a knee-jerk manner as he spoke before arranging his thoughts in clear logical pattern. It is also understood that the Senator who is presently undergoing a heated battle with the Governor of his State, Malam El Rufai over control of the political climate in the state, may be seeking avenues to gain the favors of the presidency. Already, Senator Sani had been asked to resign from the party by the Kaduna branch of his party or be suspended indefinitely. His problems in Kaduna seem unbearable or rather insurmountable to him and his nonexistent political structure. It may be then that he seeks a political anchor point to revive a fast dwindling political relevance within the APC and within certain bigot laden circles. In his eyes, Prof. Soludo’s recent outing provides him one. He picked the wrong horse.

As a world renowned economist and unarguably one of the best success stories at the history of CBN governors, Prof. Soludo, has resting on his shoulders the unalloyed responsibility to share his expertise on the available pathways to economic recovery out of the current quagmire faced by the nation. It behooves the Professor to share his take publicly and privately to the populace and to the ruling class. And it is no vice to do so. He has shown to have a commanding knowledge of the Nigerian economy and the confidence of the international community and the leaders of thought. Proffering economic solutions to the various governing councils he had served and consulted for has occupied a significant part of the professor’s schedule. There are no reasons he should be faulted for continuing to offer his free expertise to his country.

During the Obasanjo years, Soludo served as part of the economic team prior to becoming the CBN top boss. During the Jonathan years, the professor was not shy in providing his free commentary on the direction of the economy and the necessary path forward. At present and before now, the Buhari administration, also have had other experts give their assessment of the economic situation. Prof. Soludo is no exception.

It is pertinent to mention that Prof. Soludo’s tenure at the CBN became a golden opportunity and blessing for Nigeria. The consolidation program of banks was exceptional and a lifesaver to the financial structure and stability of the country’s financial system. His tenure at the CBN gave birth to the solid and dependable foundation enjoyed by the banks presently. The banking system in Nigeria may have gone belly up particularly under the present economic weather. Thankfully, the banks are still standing and withstanding the dire situation the country. Prof. Soludo deserves credit. Politics or no politics, the credit needs to go his way. Nigeria’s stable banks is directly the function of Soludo’s efforts and success at the CBN.

Prof. Soludo’s efforts while at the realm of affairs at the CBN went beyond the consolidation program. He launched another courageous program that would have brought Nigerian economy out of the doldrums permanent and position it with developed nations with strong currencies. Prof. Soludo had launched the redenomination of the Naira to reduce the denomination of by two decimal points – for N100 to become N1 and N1,000 to become N10. The proposed program enjoyed popular appraisal by the populace and was welcomed. Unfortunately, the launch of the program coincided with the arrival of the late President Yar’Adua and his new team of near totalitarian bigots. The proposed program was ‘mysteriously’ killed for reasons that Nigerians are yet to be informed.

Now to the specifics of Senator Sani’s grievance. According to reports, the Senator was not pleased with the quote attributed to Prof. Soludo – “I don’t believe the way we are fighting corruption is the way we should go about it. We are only fighting corruption on the surface; we have to fight it from the systemic level.” – Of which Sani responded saying – “that it would be too early to forget that his (Soludo’s) stewardship at the CBN was the foundation of the current economic crisis in Nigeria”. Senator Sani went on to heap the faults of all the past regimes on the Professor claiming he was the sole pilot of the economy and the sole controller of the restiveness in the northeast and south-south geo-political areas. He was even angry about PDP’s delegation of blames to the Abacha regime.

Hear him: “Soludo was lucky to serve under a Government that was powered by $140 per barrel and without the headache, heartache and bloodshed that has become of Niger Delta and the north east. Soludo need to be reminded that most of those today on trial for stealing our public funds were the same people rooted in the Government he served before GEJ. Yes PMB is tackling the ‘symptoms of corruption,’ but the symptoms were there for 16 years. If Soludo and others have combated the symptoms, PMB could have now focused on the ailment. It’s not in contention that blame game by the PMB administration against GEJ must end but under PDP three Governments for 16 years, hardly a day passed without the same blame game on late Abacha.”

In his itching urge to respond, Senator Sani forgot also that the Professor had proffered positive economic pathways to the presidency in the same address. The Professor had advised that “The APC should go back to its manifesto and instigate framework that will engender the atmosphere for growth as Nigeria cannot develop with the current structure where institutions are created only to share from the federation account.” But the Senator, knowing and agreeing with what the Professor is saying as the truth, turned away from it only to find fault where there is not one.

It is could be recalled that the Senator was the same person who appeared on many of the Television News channels to defend the jihadist terrorist group as ‘freedom fighters’ during the height of violence by the terrorist group. He was seen making the case that the terrorist had an injustice they were battling against. He was making the case for – almost as their surrogate spokesperson. He stated that the terrorist group felt marginalized by the Jonathan presidency. He made the case that they were rightful justified to be terrorizing the country – and that Jonathan should take the blame – not them. Senator Sani had even abused the former President [Jonathan] for not releasing some of the terrorists as a condition to peace settlement with the terrorists. The then President had refused to release any of the terrorists in Nigerian detention cells in exchange for a ceasefire.

It is certain to sound and reasonable minds that Senator Shehu Sani just does not like that likes of Prof. Charles Chukwuma Soludo – or does not care to understand the need for a collective resolve to solving a potent quagmire befalling Nigeria and the Buhari administration. Maybe, in Senator Shehu Sani minds only APC and persons of northern extraction own the formula to resolving the quagmire.

Perhaps, as the wheels of the democracy which still presents itself as new, continues its spin, the keys and methodologies will find itself to the right persons – devoid of bigot-laden interferences. Until then, Nigeria will have the likes of Senator Shehu Sani to contend with.
–
Ikenna Ellis Ezenekwe
08136697979

Previous REFUELING THE ENGINE OF YOUR BUSINESS: ROLES ADVERTISING CAN PLAY
Next NATIONAL ASSOCIATION OF NIGERIAN COMRADES TO HOLD HER LEADERSHIP AND AWARD PROGRAM IN ILLORIN