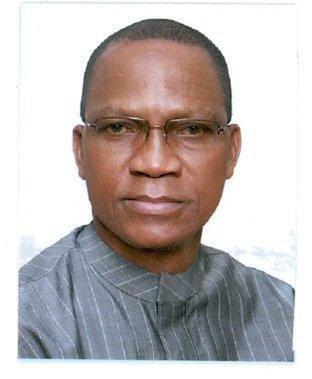 The federal government may not be left with too many options to get Nigeria out of its current economic crisis as fast as Nigerians expect. But the recent announcement of seeking external help from international organisations, perhaps, remains one of the best economic decisions the President Muhammadu Buhari-led government has taken in response to the country being in recession.

Buhari at a recent Federal Executive Council (FEC) meeting approved a new external borrowing plan to retract the country from the scourge of recession which has impacted eating deep and fast negatively on the nation’s economy.

Data from the National Bureau of Statistics (NBS) has indicated negative growth (a fall by -2.1%) for three months to the end of June 2016. This makes it the second successive quarter of negative growth report.

Economists are agreed that a negative economic growth for two consecutive quarters is recession. It is a period of economic decline during which trade and industrial activity are reduced. It is generally indicated by a fall in GDP in two successive quarters.

Experts have fingered the mono-product nature of the Nigerian economy as one the main reasons why the country has found itself in the current economic crisis. The nation is largely known to be an oil dependent economy, therefore facing the repercussions of lack of diversification.

The NBS puts inflation rate in Nigeria at 17.1 percent year-on-year in July of 2016, following a 16.5 percent increase in the previous month, compared to market expectation of 17.15 percent rise. It was the highest record since October 2005 as weak naira keeps pushing up food prices.
For an economy that has largely depended on revenues from crude oil production, coping with the crash in oil prices, which has by extension resulted in inflation and foreign exchange scarcity, it is indeed high time it sought help externally in ways that would once again stimulate economic activities.

Seeking External Help
Borrowing from multilateral organisations is not an uncommon practice by nations faced with economic challenges. As a matter of fact, some developed nations depend heavily on borrowing to sustain their economies. It has been argued that such countries that borrow from international organisations to support investment will always be better off in the future if the investments are profitable.

In as much as Nigerians would be supportive of the idea of reducing the country’s external debt, many would frown at government policies that advocate increase in VAT, higher pension age and the likes. There are assumptions that it is even more politically damaging for a government to increase taxes than to borrow, particularly in a period of recession such as Nigeria is faced with.

The Federal Government, at this point in Nigeria’s economy, has a legitimate reason and the best opportunity on its decision to borrow externally, particularly when such borrowing would be tied to major capital projects which would in turn raise the standard of living of citizens.
Capital projects and infrastructure spending have always been indications of economic growth over the long terms in any economy. If the federal government makes huge infrastructural investments, quality jobs can be created and the Nigerian economy can once again gain confidence that it requires.

In essence, the federal government must invest massively in infrastructural projects such as roads, refineries, power, transportation, etc.
The federal government will have to source or take only project driven loans with single digit interest rates. That is the government should be looking out particularly for multilateral loans with very low interest rates and with long duration of repayment period; twenty five to thirty years.

Multilateral funding sources remain important sources of funding for governments looking to better livelihoods in their nations. Many of these sources have at the core of agenda, poverty alleviation projects, environmental projects and the likes. Basically, they pay attention to capital projects that have the potentials to improve peoples’ lives.
The benefits tied to borrowing from multilateral lenders cannot be over emphasised as Nigeria has been encouraged to seek economic help from these institutions.

The IMF managing director, Christine Lagarde, during her visit earlier in the year, advised Nigeria to seek economic help from international institutions, specifically noting that the IMF was willing and ready to assist Nigeria if it sought help from the institution.

She emphasised the urgent need for the country to massively diversify its economy in order to stop depending exclusively on dwindling oil revenues.
Nigeria is obviously not buoyant enough to embark on the massive diversification process. This indeed is the right time to look for help from external sources. If the fund the Federal Government intends to borrow from multilateral sources is properly invested, the economy can be sure to find its feet once again.

Due to the autonomous nature of most multilateral agencies, interactions between them and the federal government, while official, can remain less politicised when compared to inter-governmental links or even from the Nigerian capital market or private sector.

Multilateral loans are also usually characterised by single digit interest rates.
Loans sourced from multilateral organisations are largely characterised by rigid auditing and reporting, hence capital projects agreed upon by the federal government and the lender are more likely to reach full execution with less or no compromise because these agencies will monitor economic developments and new policies by the government and ensure that existing conditions are kept.

The Hitches
Borrowing from multilateral sources however comes with tedious processes due to their regional and global structures. Their policies and priorities are usually determined through complex consultative processes between members and partners.

Also, influencing their priorities sometimes to align with what the government may feel is best for its people could be daunting. The federal government may have to go through some of these cumbersome procedures which usually require some time.

The IMF for instance under concessional and non-concessional arrangements approved by the IMF Executive Board require the member to observe specific terms and subject to periodic reviews in order to continue to draw upon the loans.

However, when one looks at the benefits of borrowing externally, the hitches attached to the process become of less concern.

The Director General of Debt Management Office (DMO), Dr. Abraham Nwankwo, during a speech at a workshop held in Kaduna State said that the Nigerian economy remains resilient and diversifiable despite the nation’s huge debts. He encouraged the Federal Government to draw on the positive side of borrowing.

According to the DMO, Nigeria’s external debt profile now stands at $11 billion with the domestic debt hitting 11 Trillion Naira (about $55.2 billion). The Central Bank of Nigeria (CBN) revealed that external Debt in the nation averaged 375.33 USD Million from 2008 until 2015.
It was initially argued that the country’s debt profile can best be maintained by reducing the level of external borrowing and increasing the rate of domestic borrowing; precisely 84% domestic borrowing to 16% external borrowing.

The implication of this however is that the federal government would have to depend largely on the nation’s private sector that is already enmeshed in the ongoing recession in order to run the economy. In essence, the country cannot sustainably depend on the private sector to bring the country out of recession.

More so, when compared to multilateral loan, domestic borrowing comes short of two things among others; first, it lacks the open-handedness to give very low interest rates and secondly, they don’t have the luxury of convenient grace periods.

– Isaac wrote in from Newsfront Newspapers

Previous HIGHLY CLASSIFIED EXCLUSIVE: THE 2014 MIDNIGHT SECRET MEETING OF THE SEVEN WISE MEN THAT FORCED BUHARI AS PRESIDENT ON NIGERIA
Next ECONOMIC RECESSION: ALL EYES ON DMO