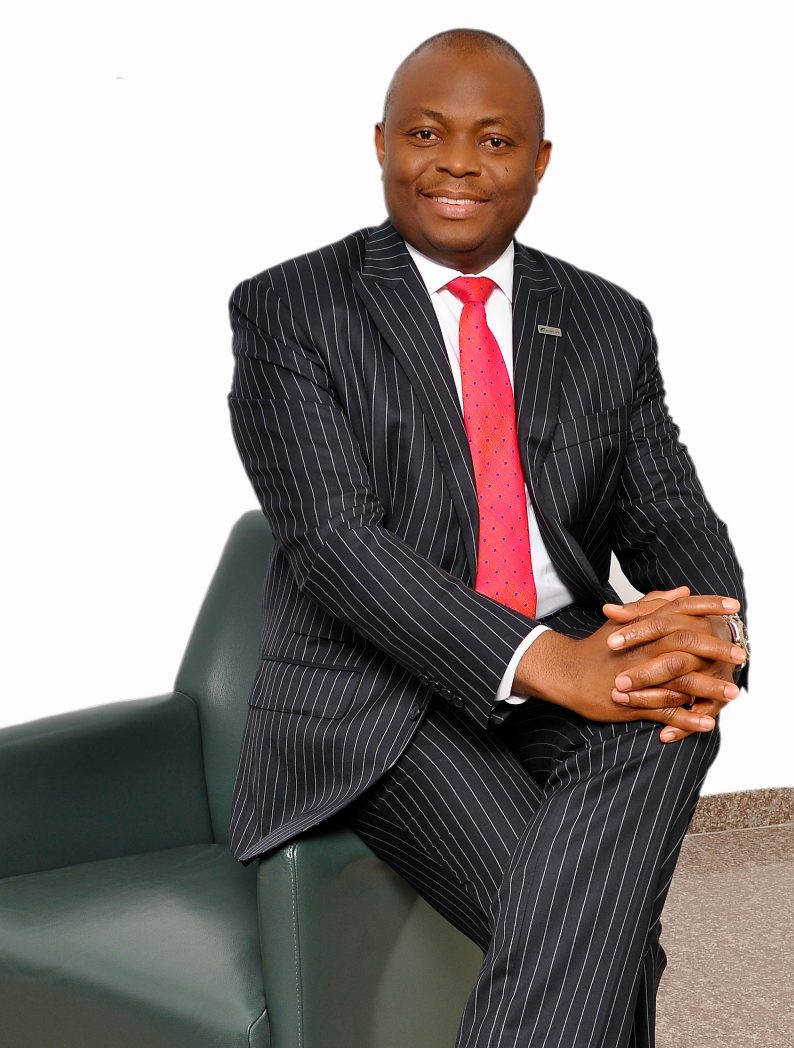 Despite the country’s raging economic downturn precipitated by the free-fall in global oil prices, Fidelity Bank Plc, one of the country’s highly diversified financial institutions recorded gross earnings of N110.3 billion in its unaudited financial results for nine months ended September 30, 2016. The Bank’s gross earnings rose to N110.3 billion from N107 billion, representing a growth of 3.0 percent. This result is contained in a statement issued by the Bank and made available in Lagos yesterday. Fidelity also said that it grew its deposit base by 3.4 percent to N795.6 billion from N769.6 billion in 2015 Financial Year (FY). According to the lender, the devaluation of the Naira accounted for N53.6 billion of its deposit growth.

Commenting on the financial results, the Managing Director/Chief Executive Officer of the Bank, Nnamdi Okonkwo pointed out that the Bank’s performance was indeed reflective of the recessionary environment characterized by lower government revenues, rising inflation, lower consumer disposable income, significantly tougher operating environment in all sectors and the impact of these headwinds on asset quality and foreign trade transactions. According to the Fidelity boss, “We continued with the disciplined execution of our medium term strategy and recorded decent growth on some key operational metrics while moderating the impact of the headwinds above on other financial indices.”

The unaudited financial statement also stated that Profit before Tax (PBT) decreased by 28.7 percent to N9.8 billion from N13.8 billion in the period under review. Giving cogent explanations for the relatively poor performance in this regard, the Fidelity helmsman noted that PBT declined largely due to “a 102.0 percent Year-on-Year (YoY) growth in impairment charge (N4.0bn) driven significantly by increased provisions made in the second quarter (Q2) and third quarter (Q3) of 2016 (N4.1 billion and N3.2 billion respectively) due to the impact of the devaluation of the local currency (naira) on our trade finance portfolio and some critical sectors affected by the weaker macroeconomic indices.”

He further added that a 95.7 percent YoY (N1.3bn) decline in dividend income on equity investments as well as a 8.9 percent YoY growth in operating expense were also responsible for the decline in profit. According to him, growth in operating expenses was driven essentially by increased technology and advert costs. On a Quarter-on-Quarter (QoQ) basis, he stated that gross earnings grew by 10.7 percent to N39.9bn driven by a 22.6 percent growth in Interest Income. “The Interest Income growth was largely driven by 25.6 percent (N5.4bn) growth in Interest Income on Loans while Interest Income on Liquid Assets increased by 13.5 percent (N0.9 billion) for the quarter”, Okonkwo said.

On a QoQ basis, the report stated that NIM increased to 7.0 percent from 6.5 percent in H1 2016 as the increase in the Bank’s average yield on earning assets (0.8 percent) outpaced the growth of its funding cost (0.4 percent). “The increased yields on earning assets was driven by the re-pricing of the loan book and higher yields on liquid assets. Deposits grew by 3.4 percent (N26.0bn) from Dec 2015…” he explained. Low cost deposits, according to Okonkwo currently accounts for 78.4 percent of total deposits, adding that savings deposits grew by 20.4 percent from December 2015 as the Bank continued to implement its retail banking strategy which is being driven by its electronic products and channels.

“We have crossed the half a million customer base on subscribers to our flagship Instant Banking product:*770# (Mobile Phone USSD Technology) and we will be launching payment services to merchants using our Instant Banking product (*770#) in Q4, 2016”, Okonkwo disclosed. Risk assets grew by 26.1 percent (N150.8bn) from Dec 2015 with the devaluation of the naira accounting for 20.4 percent (N118.2bn) of our loan growth. Foreign currency loans now constitute 45.3 percent of total loans up from 40.4 percent in Dec 2015 due to the currency devaluation. The organic loan growth of 5.6 percent was principally driven by on-lending facilities to the public sector. Cost of risk increased to 1.5 percent in 9M 2016 due to the N7.2bn impairment charge taken in Q2 and Q3 2016.

“We have continued to take a very prudent view of the impact of the currency devaluation, tougher operating environment and declining consumer disposable income on selected sectors of our loan portfolio. “NPL ratio increased to 4.5 percent largely due the macro-economic weakness which has negatively impacted on our asset quality metrics. “We are still focused on keeping our NPL ratio below 5.0 percent in this very challenging operating environment. Our other regulatory ratios (Liquidity Ratio / CAR) remained above the set thresholds, though Capital Adequacy Ratio improved from 16.4 percent in Q2 2016 to 16.8 percent in Q3, 2016, we expect CAR to revert to 18 percent+ once we adjust for the excess non-distributable reserves (N23bn) in our 2016FY audited accounts.”