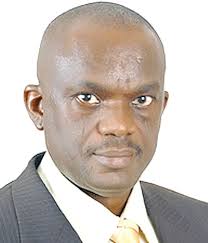 As the Economic and Financial Crimes Commission (EFCC) focus attention on Delta State and set to raid many political office holders, both past and present, one of those that may be their guest is the Director General of the Asaba Capital Development Authority, Mr Clement Ofuani, who once contested for the governorship of the state alongside the incumbent.

Ofuani who hails from the same Senatorial district with Governor Ifeanyi Okowa and a bosom ally sources have revealed to Secret Reporters is the newest looter in town. This current allegation is not however new as he has been secretly looting the newly created agency, we gathered reliably.

In one of his quick looting strategy, a source confided in us that he spent the whooping sum of N60 million to construct just a car park outside the office complex.

What is most annoying according to our squealer is that the car park that he did was just to put locking tiles on the ground outside and the money went into private pockets. Since his ascension to the position, not one single achievement has been recorded for him apart from corrupt practices.

Ofuani is one of the notable men who is enjoying this government as well as two other super looters, Ify bros and Ifeanyi, whose details we promise to bring to you once investigation is concluded.

Super Illiterate: Delta Ministry of Lands Shortchanged Self In 2022 Budget Due to Dull Brain Commissioner