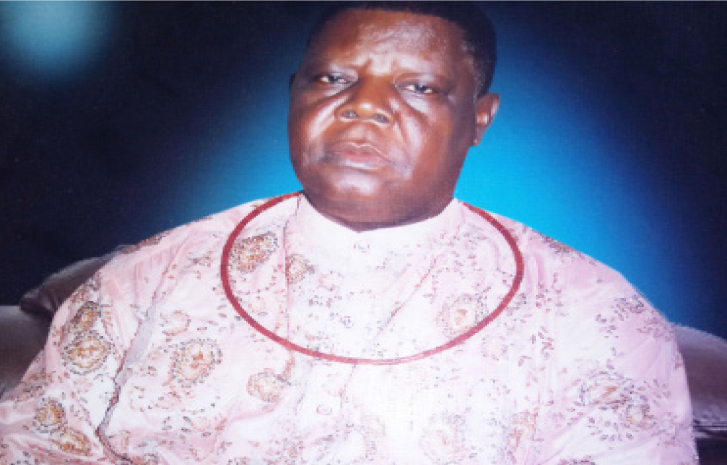 I was greatly appalled, disgusted and angry at the same time when I saw pictures online of Chief John Oguma, a PDP Chieftain in Ughelli South LGA of Delta State, spraying money on topless half-naked young girls that were made to dance at the funeral ceremony of his mother in-law (mother to his second wife), on Saturday 5th December 2020 , in what can best be described as a public shame and indecent exposure that is alien to our culture, being exhibited by an elder and public figure in the society. For the sake of the poor innocent young girls and their future, I have decided to attach only the cropped picture of Chief John Oguma, and the defaced picture of the girls whom he made to kneel down before him as they danced half naked to his disgusting delight, while he was spraying money on them.

This act of indecent dressing, which vicariously was induced by Chief John Oguma, is absolutely wrong on every side, and it saddens me more that even the people that were around the said ceremony, did not see anything wrong with this, as some of them were also seen taking pictures of these vulnerable young girls that were made to dance naked before them.

The Organizers of the said ceremony, and Chief John Oguma apparently capitalized on the poverty level of the young girls’ dances, whom Oguma brought to Ogbe-Udu, Udu LGA of Delta State at the said funeral ceremony of his mother in-law, to have made them to dance half-naked before them and the public.

What is more a serious issue that should not be tolerated, is the fact that the said pictures of the half-naked indecently exposed young girls’ dancers at a funeral ceremony, to my mind, contravenes Section 30 (2) of the Bill passed in this regard by the Delta State House of Assembly, and signed into law on 7th July 2020 by Governor Ifeanyi Okowa. The section reads: “A person who, with intent to embarrass or humiliate another person whether for a real or perceived wrong, strips that other person naked, completely or partially, commits an offence and is liable on conviction to a term of 3 years imprisonment or to a fine not exceeding N500,000.00 or both.”

Even a Seminar reportedly organized by the Delta State Governor’s wife, on Child Molestation, is also clearly contravened by this show of shame by Chief John Oguma. And as noted by well-meaning Deltans, this act by Chief John Oguma, making young girls dance naked in public, is repugnant to natural justice, equity and good conscience. He capitalized on the poverty of the innocent citizens whom the Delta State Government has impoverished and made vulnerable, to carry out this act in a bid to satisfy what may be described as pedophile tendences and demonic lust. This is nothing but a show of shame!

Beyond what the law says, let us bear in mind that these are young innocent girls and children of poor parents in Delta State, and also future wives of some men and future mothers of unborn children. These young girls were born the same way John Oguma’s children were born. How will Chief John Oguma feel if his own innocent children are lured or enticed with money to come to dance naked in the public in this 21st century, and someone is spraying them money? Should a politician of Oguma’s repute, capitalize on the poverty of others to abuse innocent young girls in the public and he is happy and comfortable about it as he satisfies himself by spraying the half-naked girls’ money? Was John Oguma rewarding these girls for dancing half-naked? How will John Oguma feel if his own innocent children should dance half-naked?  The recently passed law in Delta State should be applied in this case.

Previous OBASANJO TO GBAGI: YOU WILL BE DELTA STATE GOVERNOR BUT…
Next N37 BILLION ASO VILLA MAINTENANCE