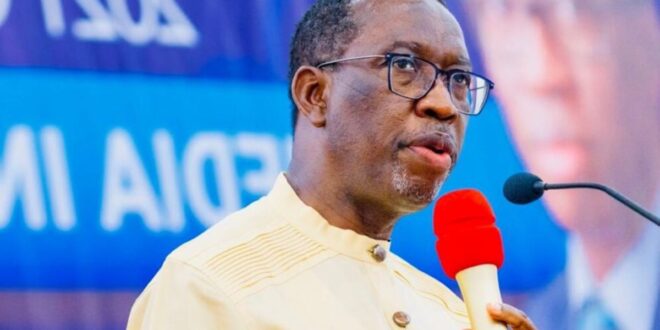 As Deltans battled hunger during the Covid-19 pandemic in 2020, Governor Ifeanyi Okowa’s administration persisted in robbing the populace and treating them unfairly. Documents available to SecretReporters showed, that the government outrageously spent millions of Naira on the purchase of rice and beans, distributed to a small number of recipients with many low-income families left out, even though the food bank initiative was set up to help them.

SecretReporters learned that a total of N92,950,000.00 (ninety-two million, nine hundred and fifty thousand Naira) was recommended for the purchase and distribution of 20,000 10kg bags of rice in a proposal headlined “PROVISION OF FOOD BANK AS RELIEF AGAINST COVID-19 PANDEMIC.”

The proposal was approved by the governor, on March 31, 2020, and was signed, by Chiedu Ebie, Secretary to the State Government, with file number SGD.1046/T/10-11. A notice authorizing the immediate transfer of the N85,800,000 from the state’s Federation Account Allocation Committee (FAAC) account was granted.

Although it was stated that the distribution of the rice would be done in an equitable way that recognized the COVID-19 pandemic as a humanitarian crisis and that the aid would be available to all regardless of political affiliations and religious beliefs, public outcry during the period and observation revealed that a significant portion of Deltans received nothing from the project, not even a cup of rice.

Additionally, in another proposal titled “PURCHASE OF ADDITIONAL BAGS OF BEANS FOR COVID-19 PANDEMIC FOOD BANK,” the sum of N62,370,000 was approved for the procurement of more bags of beans.

Despite all these, including other funds approved for the procurement of food items and operation of the food bank, Deltans arguably, were the most affected among many Nigerians who suffered the severe hunger during the 2020 covid pandemic which ravaged the nation.