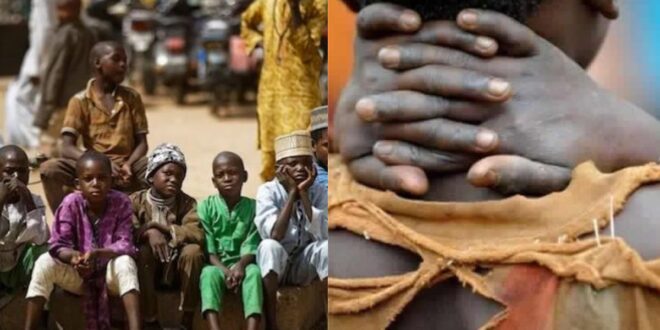 The latest Multidimensional Poverty Index (MPI) report on Nigeria, released by the National Bureau of Statistics (NBS) this November, shows the country has a higher incidence of poor people but less intensity of deprivation, even though the report measured more indicators of poverty than in the past.

Considering 15 indicators, instead of the 10 indicators in the past 2 surveys, it was determined that at least 133 million Nigerians, a 63% of the country’s population, suffer from multidimensional poverty.

Furthermore, the 2022 MPI report noted that the extent of the deprivations that these 113 million poor people suffer is at an average of 40.9%.

Thanks for reading Data Dives from Dataphyte! Subscribe for free to receive new posts and support my work.

However, Dataphyte Research, in its trend analysis of the global multidimensional poverty situation, observed that the amount of deprivation that poor people experience in Nigeria reduced significantly from 55.9% in 2013 to 54.8% in 2018 and further down to 40.9% in 2022.

Prequel to this, the World Bank measured Nigeria’s monetary poverty rate and projected that 42.6% of Nigerians currently live below the National poverty line of N137,430 per year (or N376.50 per day), a worse situation compared to 40.1% of the population for the country in 2018.

However, Dataphyte Research observed severally in its reports that while monetary poverty, measured at the national poverty line of N377 per day, is projected to increase in Nigeria, the World Bank had reported a consistent decline in poverty measured at the international poverty line of $2.15 per day (or N953 per day going by the official exchange rate of N443.26/dollar as of 26th November 2022).

Thus, both multidimensional poverty and monetary poverty share a similar paradox in Nigeria, and the import of this is that the government supervises a system that makes more people poor and then gets itself busy all year alleviating that poverty.

Regardless, these 113 million poor people (or 62.9% of Nigeria’s population) struggled not to fall further into severe poverty. Hence, the lower aggregate poverty severity or intensity of 40.9% in 2022.

On the global stage, there exists a poverty paradox too.

However, when the 3 major dimensions of poverty, namely, education, health, and standard of living, are considered, the poor people in Europe and Central Asia experience the highest intensity of health deprivation than the poor people in the other 5 regions, followed by Latin America and the Caribbean.

Conversely, the poor people in these 2 regions have the lowest deprivations in education and in their standard of living.

It is safe to conclude that, as of 2020, poor people in South Asia and Sub-saharan Africa suffer more due to poor standards of living, followed by those in Arab states and East Asia and the Pacific region.

Thus, if poverty is to be tackled in these regions, the governments know where to start.

This is instructive for countries like Nigeria too. To tackle its multidimensional poverty, there is need to drill down beyond the general MPI scores to the indicators which show the areas where poor people suffer most.

However, if one had drilled down from the 3 poverty dimensions to the 10 poverty indicators as of 2020, it would readily show that the poor in Nigeria suffer most in terms of poor nutrition, which pertains to the health dimension of their poverty.

Nigeria has the highest subset of its population (22.1%) grappling with nutritional deficiencies, which reflect in stunting in children and low body mass index in adults.

In fact, the other 6 indicators of standard of living individually have the least incidence among the poor. However, when the incidence in these 6 indices are added together, they amount to 40.9% of the population, which describe the deprivations of the highest population bloc of poor people in Nigeria.

Thus, to effectively resolve the poverty problem in Nigeria, the government and its international partners have resolved to beam its searchlight more on the indicators.

The NBS noted that “subsequent consultations with stakeholder groups concluded that additional indicators were needed to accurately reflect poverty following the pandemic—including among children.

“The Nigeria MPI (2022) also has a linked Child MPI. This Child MPI extends the Nigeria MPI to include appropriate indicators for children under 5, by adding a fifth dimension of child survival and development. This additional dimension contains eight vital aspects of early childhood development in physical and cognitive domains—including severe undernutrition, immunisation, intellectually stimulating activities, and preschool.

The National Bureau of Statistics (NBS) brief informs that, “A Multidimensional Poverty Index (MPI) creates a more comprehensive picture of poverty. It reveals who is poor and how they are poor by focusing on a range of different disadvantages that poor people experience.

“These disadvantages move beyond looking solely at a lack of money by focusing on people’s life circumstances, their living conditions, and their capabilities. Importantly, a multidimensional measure of poverty recognises that a person who is poor can suffer multiple disadvantages at the same time – for example, they may have poor health or malnutrition, a lack of clean water or electricity, poor quality of work or little schooling.”

Poverty, and its twin, insecurity, have developed side by side into the worst humanitarian situation in the country, since the civil war, under the Buhari administration.

Knowing the various compartments of deprivation that the poor in Nigeria suffer from, the governments at all levels can prioritize solving this twin humanitarian behemoths, tackling insecurity by taming poverty.