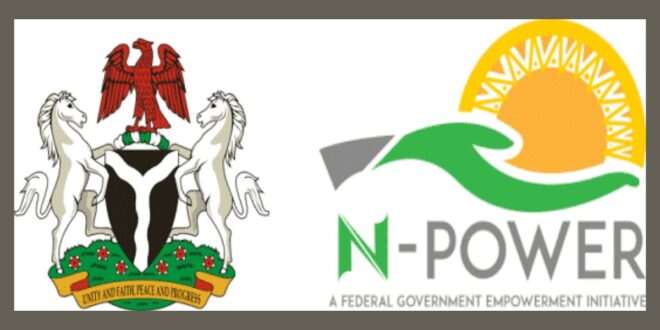 Corruption is like a cancerous worm in nations of the world, eating deep into the heart of a country’s economy, and it’s a leading cause of unemployment, underdevelopment and other vices that ravage economic growth.

In Nigeria, among the various challenges eating deep into the economy is the issue of unemployment. Nigerian youths who are graduates of our prestigious universities have been left to roam the streets with a futile effort of Job hunting.

In a bid to tackle the rising rate of unemployment, among Nigerian youths, the Federal Government of Nigeria introduced a scheme, called N-power. The scheme was created as a component of the National Social Investment Program, to provide a structure for large-scale and relevant work skills acquisition and development and to ensure that each participant will learn and practice most of what is necessary to find or create work.

Since the inception of the scheme as far back as 8th June 2016, the scheme has generated a lot of mixed reactions and controversies. The scheme has been accused of nepotism in their selection processes, as well as the issues of participants of the schemes, not getting paid their remuneration at the end of the programme, which lasts for twelve months. The remuneration for Npower participants ranges from N10, 000 to as high as N40,000 monthly.

A striking controversy rocking the Npower scheme, discovered by SecretReporters, is the issue of participants who were not deployed by the scheme to work for twelve months, but are deemed to have completed the programme when such participants never stepped foot at their primary place of assignment.

How the N-power scheme works:

To be a participant in the Npower scheme, an aspiring candidate will need to register on the scheme’s website.

However, SecretReporters discovered from a participant who registered for the Npower scheme, that the scheme has been riddled with inconsistency, as the participant in question was never deployed to any place of primary assignment, but was sent a congratulatory message, congratulating him for completing the scheme.

The participant, who begged to remain anonymous disclosed that he registered for the programme in January 2021, after which he proceeded to do his biometrics awaiting deployment following his successful completion of the test.

The participant added that he was waiting for his deployment for the past six months which never came, but was shocked to have checked his portal and seen a message congratulating him for completing the programme, which he never participated in.

This case among others, begs these questions; is the Npower programme still fulfilling its’ aim and objective for poor and vulnerable Nigerians, which it was set up for? Or has corruption infested the programme, making it handicap to fulfil its aims and Objective?

See images showing the participants dashboard from the time of registration to the point he was sent a congratulatory message for completing the scheme, he never participated in, below;

Previous PRESS RELEASE :PenCom will never succumb to blackmail, says DG
Next Shocking: The waiting room of the Nigerian Embassy in Vienna, Austria turns to a “Mama put” Joint