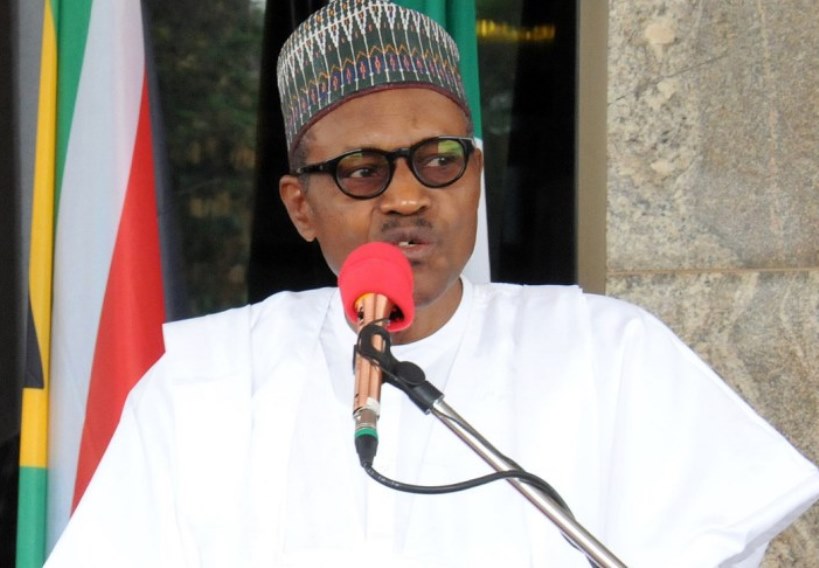 It is a familiar teaching among Christians that the fall of the first man, Adam was though plotted by the serpent but brought to fruition with the help of a woman, Eve. In the same span, the redemption of man was also facilitated by a woman (the blessed Mary) who by her fiat provided the first terrestrial abode for the God-man.

Similarly, Nigerians during the 2015 general elections politically replicated the above ideology by supporting President Muhammadu Buhari, a past Nigerian leader in his quest for the presidency. A state of affairs many mirrored as a redemptive mission to reposition the nation derailed by past leaders.

It is however not impossible that the effort by Mr. President to achieve the above mandate may be in progress as he recently during his Democracy-Day broadcast promised to, and subsequently signed the not-too-young-to-run bill into law; a development that has received praise from the vast majority of Nigerians.

But, that notwithstanding, a key observation of the ripple reaction that later trailed the democracy day speech evidently points to the fact that the redemption mandate of the administration may have been deformed or lost vigor and candor.

Acting as a confirmation to this claim and contracting the President’s position on the state of corruption fight was his remark that ‘corruption fight has resulted in recoveries of Billions of Naira, as well as forfeiture of various forms of assets with the members of international bodies applauding the development’.

Obviously well stated but doubt remained; especially with the claim that the international community applauds the corruption fight in Nigeria.

Interpretatively, if this information provided is anything to go by, it will, however, necessitate the question as to how the international community is applauding our effort and, less than 24hours to that broadcast, the Transparency International via a release bitterly complained that the Federal Government of Nigeria has in the run-up to elections expanded the use of opaque $670million –a-year fund that fuels graft?

Again, if accolade, as stated, is rolling in from the international community even in the face of this anti-corruption umpire’s declaration, Nigerians with critical minds may want to know the quarter where such is coming from since this same group had earlier in the year warned that corruption in the country was on the increase and may become worse if something dramatic is not done to arrest the situation?.

This clarification became imperative, to Nigerians, as our dear President’s remark was not only incongruent and antithetical but laced with ambiguity.

Further painting the speech as vague, variable and ungraspable was Mr. president’s claim that the Boko Haram’s capacity has been degraded even when it’s  a common knowledge that the nation is  currently at the throes of insecurity, no thanks to the nefarious activities and mindless killings of innocent Nigerians  by this same group and  their now  more dreaded herdsmen.

From Observation, the activities of the groups have neither waned nor abated but, had become incessant to the extent that before the dust raised by the Boko Haram attacks will settle that of the Herdsmen will be up.

On the economy, Nigerians have since expressed their reservations with  President Buhari’s claim that his administration has ‘focused on revamping the ailing economy it inherited in 2015 as well  as  executed an expansionary budget and developed the strategic implementation plan which he says is yielding a result.’

Though eloquent as narrated but again, the most radical issue being contested on this topic by Nigerians is the barefaced gap in the facts presented by Mr. President as economists have since disclosed that growth in the nation’s economy in 2015 was put at 4% but dwindled under this administration to a paltry 2%. This glaring discrepancy in my views informed why Nigerians listened to the speech without being attentive.

Very instructive also, the masses do not see the rationale behind the FG’s presentation of the nation’s economy on the Sunnyside as such effort will not in any appreciable way erase the fact that the standard of living in the country has fallen while  the  cost of living has astronomically gone up  looking at the cost of goods and services.

it is also obvious that the past administration may have performed below expectation but, Nigerians are particularly pained that three years of this administration, the FG is still pointing at the previous administration as the architects of their woes even when it has become tellingly glaring that the former was not as inept as its being painted. For many, the criticism is unbecoming of a responsive government and responsible government.

Another curious portion of the speech that drew the irk of some Nigerians with critical interest is Mr. President’s description of the Niger Delta as peaceful; an environment that is presently known and addressed at the global stage as a ‘social dynamite’.

Even the development practitioners are shell-shocked that such a view is coming from the number one citizen despite the high scale youth unemployment in the region, of which the threat has become more pronounced with the chunk of the proponents spearheaded by the large army of professionally-trained ex-militants currently without a job.

Regardless of what others may say, to truly make the region peaceful as mooted by Mr. President, I submit that  the Federal government needs to take responsibility and come up with steps that will aggressively address the issues of youth unemployment, weak regulation on the parts of its ministries and agencies, tackle the oil companies lackadaisical handling of the environment, and ensure compliance with the implementation of the Global Memorandum of Understanding (GMOU) so entered with host communities.

On the general unemployment situation in the country, it is undeniable that the situation and its inherent challenge in the country in the past few years doubled and now posed a grave danger to the nation’s peaceful existence as recently observed.

‘We are in a dire state of strait because unemployment has diverse implications. Security wise, large unemployed youth population is a threat to the security of the few that are employed. Any transformation agenda that does not have job creation at the centre of its programme will take us nowhere’

However, from what people are saying, these monsters can be tamed if the Federal Government can openly admit the existence of these challenges. Other initiatives in my views will include but limited to adopting both structural and managerial changes that impose and accommodates leadership discipline than conventional, and creating government institutions that are less extractive but more innovative in operation.