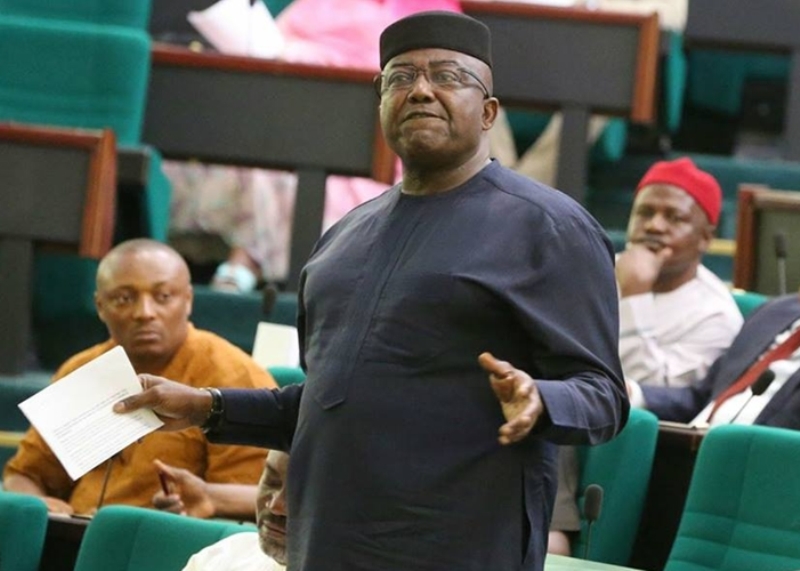 I WILL REMAIN IN HOUSE OF REPS TILL I DIE, DRUNKEN LEO OGOR TELLS BEWITCHED CONSTITUENTS

Like one possessed by the evil spirit of midnight, the Minority Leader of the House of Representatives, holding the baton for Isoko Federal Constituency has declared himself the life occupant of the position, sources squealed to SecretReporters.

In a meeting held recently in Isoko, to plan how the Peoples Democratic Party (PDP) will win the 2019 general elections, Ogor who’s currently down with stroke boasted that Isoko South should not think of dragging the position with him after 2019 as he will be going back or install his son as a successor, a statement which has torn the PDP family in the zone apart, with many threatening to sabotage victory for the party.

Aware of the recklessness of Leo Ogor’s speech and it’s likelihood of robbing the party of victory, the ever losing Isoko South PDP issued a press statement that the “point raised by Hon Leo Ogor to the effect that Isoko North will continue to represent the Federal Constituency was made in spur of the moment”.

The hurriedly packaged release claimed that Mr Ogor does not have such intention as Delta State PDP and Isoko PDP had already agreed that someone from Isoko South will represent the Isoko Federal Constituency in 2023.

Therefore, voters from Isoko North and South have been advised to ignore the statement and vote Hon Leo Ogor in the February 2019 elections”.

Meanwhile, feelers from Isoko voters is that the PDP will likely carry the day as usual, as the main opposition candidate, Mr Joel Onowakpor is seen as too arrogant and elitist for the position. Political sources confided in us that he has become unreachable since he got the ticket and wonder how such a man who cannot be accessed will open his doors once he’s elected to the Green Chambers.