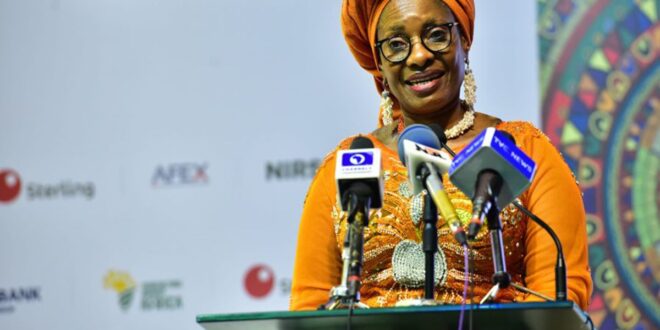 In a clear show of impunity, data have shown how the Federal Ministry of Women Affairs, headed by Pauline Kedem Tallen, awarded a contract worth Eighty-One Million Naira (N81,000,000.00) to a company owned by the Chairman of the All Progressives Congress in Kano State, Abbas Abdullahi.

According to the data which was obtained from BPP; Trends Automobile Service Limited was awarded the contract in 2020 for the ‘Supply of two Nissan frontiers pick-up van in Dukku/Nafada Federal Constituency, Gombe.

TRENDS AUTOMOBILES SERVICES LIMITED was incorporated in ABUJA, Nigeria with Registration Number 1303882. It was registered on 09 Dec 2015 and its current status is unknown. The company’s registered office address is PLOT 305, AHMADE BELLO WAY, KADO.

On the company’s management board, one Abbas Abdullahi and Aliyu Iliyasu Kakumi both double as Directors and Shareholders.

Research show that Abdullahi Abbas who hails from Kano State is the current Chairman of the ruling APC in the state. Abbas, who is a close ally of Governor Abdullahi Umar Ganduje, is a cousin of the Emir of Kano, Muhammadu Sanusi II. He has also served as Commissioner for Special Duties under Governor Ganduje. Findings by this online platform found that Abbas did not at any time resign his post as a director – not even while he was serving as a commissioner.

Meanwhile, a search on the Corporate Affairs Commission shows that the company is inactive.

Position of the Law

Part 2 of the Fifth Schedule of the 1999 Constitution of the Federal Republic of Nigeria defines a public servant to include; Chairman, members and Staffs of Local Government Councils, Chairman and members of Boards of other governing bodies and staff of statutory corporations and of companies in which the Federal or State Government has controlling interest, etc.

Sections 2, Part 1 of the Fifth Schedule of the Constitution of the Federal Republic of Nigeria, specifically states that;

“Without prejudice to the generality of the foregoing paragraph, a public officer shall not-

Also, section 4, Part 1 of the Fifth Schedule states that;

“A public officer shall not, after his retirement from public service and while receiving pension from public funds, accept more than one remunerative position as chairman, director or employee of-

(a) A company owned or controlled by the government; or

(b) Any public authority.”