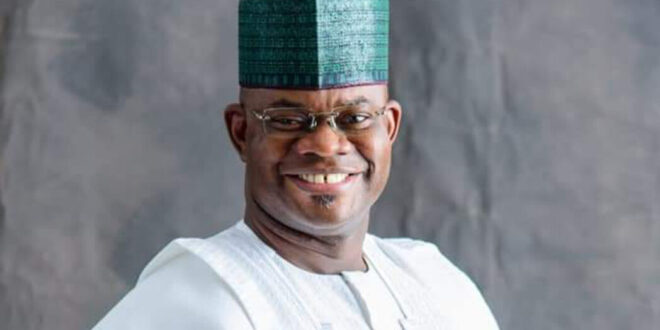 Kogi State, one of the most endowed States in terms of natural resources, was established more than three decades ago, yet it hasn’t undergone any outstanding development or distinctive trend to be proud of as it marks its 31st anniversary. The state established on August 27, 1991 by the administration of former President Ibrahim Babangida has continued to be milked by its leaders, from the tale of insecurity to the nonpayment of salary. SecretReporters combed through the Kogi state open contracting webpage in its effort to chronicle all wrongdoings and crimes against humanity, finding several inconsistencies and violations of the state’s procurement regulations.

According to the state’s procurement law, a company must submit its Certificate of Incorporation with the CAC in order to be qualified for a government contract. This means the company must be registered with the CAC. Other requirements include a company tax clearance certificate for the previous three years, proof of current pension compliance from PENCOM, proof of current compliance with Industrial Training Fund (ITF) Acct No. 19 of 2011, proof of current registration on the National Database of Federal Contractors, Consultants, and Service Providers, and a company audited account for the previous three years.

However, the government of Yahaya Bello through the state’s Ministry of Solid Minerals & Natural Resources hired ALLBEST NIG ENT ‘AS A CONSULTANT FOR THE DETAILED GEOLOGICAL INVESTIGATION & ACQUISITION OF MINERAL TITLE FOR KOGI STATE,’ a company with no record of registration with the CAC or even a functional online presence, in violation of the state procurement law as well as sections 113(I) of the Financial Regulations 2009, and the Public Procurement Act, 2007, among other laws.

SecretReporters learned that a firm called MAHILLEN ENTERPRISES, which similarly appears to have no record of registration with the CAC, was also given a contract by the government for the procurement of four (4) Sienna Buses costing N17, 200,000.00.

Two consultation projects about the DETAILED GEOLOGICAL INVESTIGATION & ACQUISITION OF MINERAL TITLE FOR KOGI STATE were released by the state Ministry of Solid Minerals & Natural Resources. The projects’ costs varied even as the contracts’ descriptions and award dates are the same. While the one costing N480, 844,250.00 was given to the nonexistent ALLBEST NIG ENT, the other worth N355 ,624,500.00 was given to KUMSAL LTD, which has its registration records on the CAC site but an inactive tax payment status. This indicates that the business is evading tax payments and is therefore not fit by law to receive government contracts.

The Public Procurement Act of 2007 and Section 113(I) of the Financial Regulations of 2009 were violated by this conduct of Gov. Yahaya Bello, which prevented a large number of competent contractors from winning contracts worth millions from the state. There were two tenderers in the case of the contract given to the nonexistent ALLBEST NIG ENT. The two tenderers CAC registration data are available. They are JOSUND NIG LTD and DIAMOND INTEGRATED AND PRODUCT LTD. The denial of these two enterprises has led to speculation about cash mismanagement during the Yahaya Bello administration.

More so, experts contacted by SecretReporters have questioned if the INVESTIGATION & ACQUISITION OF MINERAL TITLE FOR KOGI STATE will result in any real benefits for Kogites. The contract which was signed on 10th March 2022 is expected to last for a year ending on 9th March 2023.

The location and purpose of the four Sienna buses contracted to nonexistent MAHILLEN ENTERPRISES by the state ministry of transportation headed by Mr. Joseph Baron Okwoli are also unknown. The procurement was signed on 25/05/2021 and the contract terminated on 27/05/2021.

Previous How FG Grant for Vulnerable Group Has Sustained Nigerians, Lifted Millions out of Poverty
Next How Fed. Ministry of Women Affairs Awarded N81M Contract to Company Owned By Kano APC Chairman to Supply ‘Two Pick-Up Vans’ In 2020