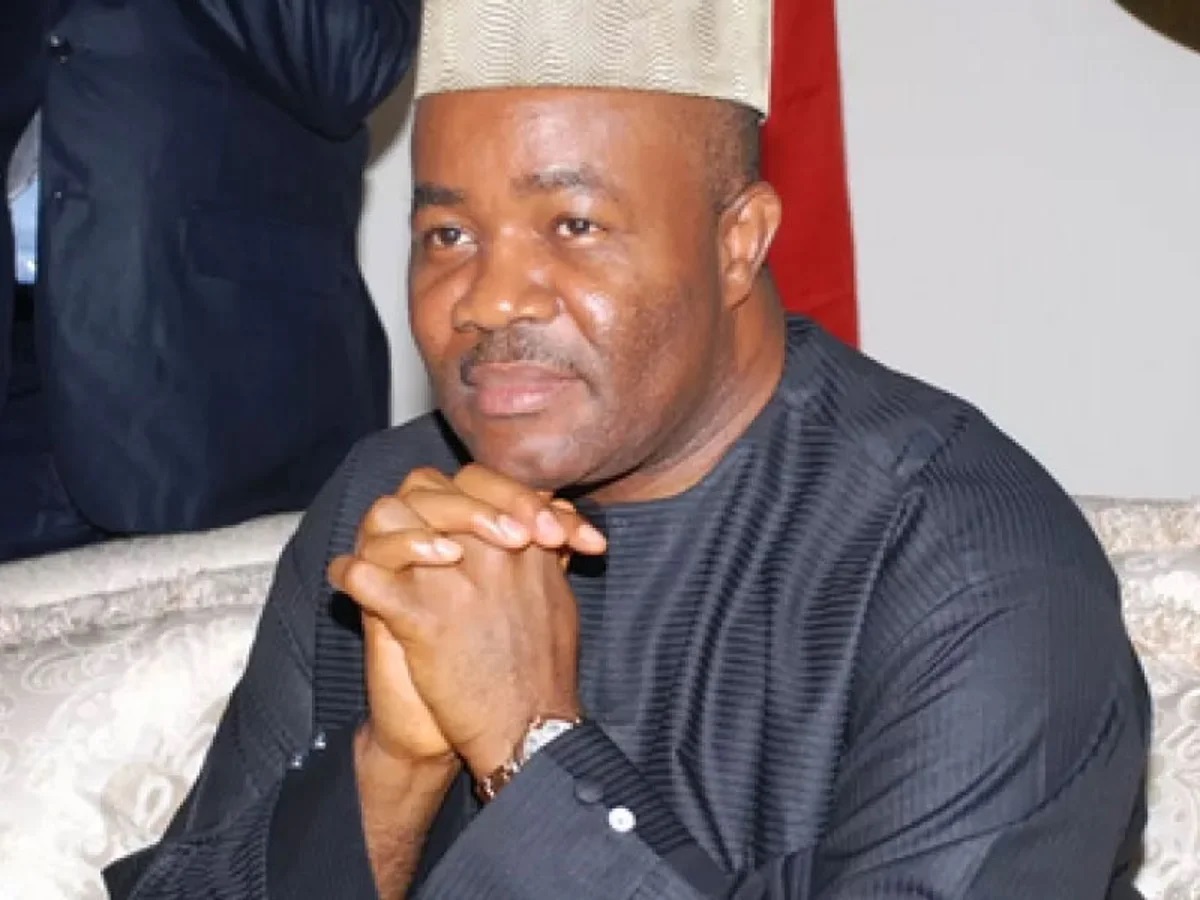 Secret Reporters May 24, 2020 BEHIND THE SCENCES, SPECIAL REPORT

The political empire of the Minister of Niger Delta Affairs, Mr Godswill Akpabio is currently on fire as he has been running from pillar to post to save his head from the corruption that he engineered in the Niger Delta Development Commission (NDDC), this medium can report exclusively.

In a desperate move, Mr Akpabio who is alleged to have looted over N500 billion from Akwa Ibom State account for the eight years that he held sway as governor is currently in talks with Federal Airport Authority of Nigeria (FAAN) to give him pass for a flight to Kwara State in disguise of visiting the Emir for Ramadan fast.

We can report authoritatively that his real motive for seeking the pass for him to charter a private Jet to Kwara is to enable him plead with the Emir of Ilorin to take him to see the new Chief of Staff, Ibrahim Gambari, who has refused to see him, despite all the tricks he has applied from his trick bag.

The occasion according to reliable sources will afford Akpabio chance to pledge his loyalty to Gambari if the respected Emir of Ilorin succumbs to his pleading. To accompany him on the trip is his new Man Friday, Mr Cairo Ojughboh who was already broke financially until he was appointed as a member of the NDDC Interim Management Committee (IMC), where he has allegedly amassed wealth. They held meetings on Saturday from 9 pm till 3 am to conclude on how to get FAAN nod as well as some top Northern leaders to soften the ground for their movement.

It is not clear if FAAN will give Akpabio pass when he is not an essential worker and not on any national assignment.

He is currently facing national probe over the mysterious disappearance of N40 billion from NDDC coffers under his watch.