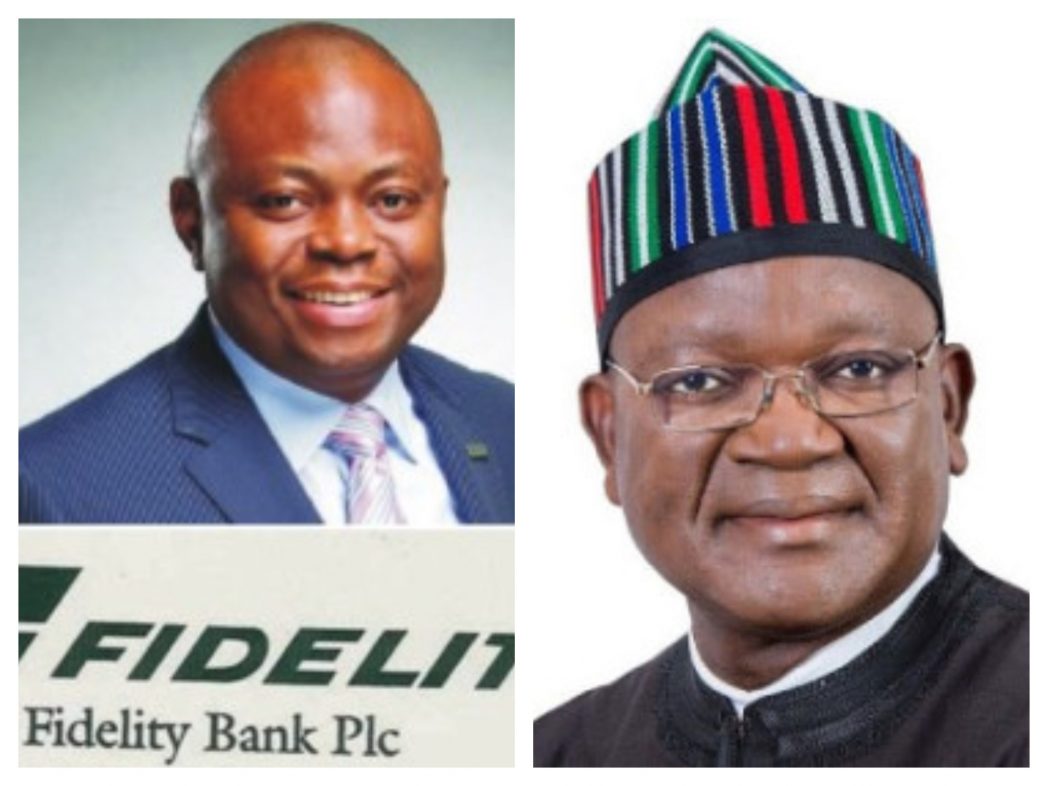 The war on corruption by the President Muhammadu Buhari led administration may not come to fruition unless Banks Managing Directors like Nnamdi Okonkwo are called to explain their roles in some of the nefarious activities of their banks.

Despite stringent measures put in place to prevent money laundering, the Governor of Benue State, Samuel Ortom has found a willing hand in Fidelity Bank to siphon funds abroad.

According to exclusive information made available to Secret Reporters, there is currently crisis between the wheelbarrow loving Ortom and his trusted ally, Hon. Emmauel Udende who is a member of the House of Representative for Katsina-Ala / Ukum and Logo over a business gone sour.

The two political friends threw their first punches in 2016 in a deal that involved Fidelity Bank. We gathered that the governor allegedly made available the sum of N4.29 billion to Udende to help him launder through his Fidelity Bank account. The account number which reads 5332064725 received the money but only instructed Fidelity Bank which connived with him to launder N2.9 billion to three yet to be identified foreign accounts provided by the governor.

The action of the lawmaker led to serious quarrel between them, as he could not explain the whereabout of the remaining money, but they could not bring it to the public domain for fear of outcry.

The intervention of the State All Progressive Congress (APC) Chairman, Abba Yoro, Senators Gemade and Akume made the duo to sheathe their sword, after getting their shares of the laundered funds, alleged the source.

Fidelity Bank Communication Manager, Charles Aigbe as usual didn’t pick his call when our reporter called him to get the bank’s side of the story. Messages sent to Ortom and calls were unanswered.