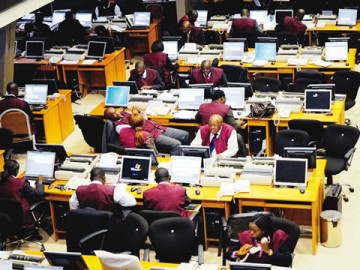 E-DIVIDEND AND THE CAPITAL MARKET

Nigeria’s Capital Market operations are changing, and nothing symbolises this better than the electronic dividend payment (e-dividend) initiated since last year. By end of June this year, the Security and Exchange Commission, SEC, has said that issuing of dividend warrants would stop.

Before registration for e-dividend started, over N90 billion was said to be unclaimed dividends. This fund was either just lying there idle, or some smart people were taking advantage of it and using it for personal or corporate gains. But since the commencement, over N30 billion unclaimed dividend has been credited to investors’ bank accounts.

An elated Munir Gwarzo, Director General of SEC, told a press conference recently: “In this country, we have never had this kind of initiative that has reduced unclaimed dividends like we have today. Apart from the investor getting his dividends where ever he is, that investor will be able to get dividends that in the last five years he has not been able to get.”

E-dividend is an electronic means of posting shareholders dividend directly into his or her bank account. So it doesn’t matter where an investor is located, his dividend goes straight into his bank account. At this year’s first post Capital Market Committee (CMC) news conference in Lagos, Gwarzo disclosed that a total of 2.2 million investors have registered for the e-dividend payment platform as at the end of April. That represents about 48 per cent of investors in the market.

The electronic registration is expected to help investors receive from the banks unclaimed dividends from their investments in stock and equities in the capital market valued at over N90 billion. Companies listed on the stock exchange have been encouraged to help in sensitizing their shareholders on the need to embrace the new dividend platform within the deadline.
The introduction of the e-dividend is designed, according to SEC, to curb the growth of unclaimed dividend in the capital market and allow investors collect dividends electronically. It also allows all accrued dividends to be credited to investors’ Bank Accounts.
The e-dividend has the potential to further deepen the capital market and ensure security of returns on investments. It has the added benefits of ensuring that you never lose your dividends and that they get paid to you on time. The e-dividend form could be obtained and properly filled at bank branches or in the office of a registrar and stock broking firms, or could be downloaded and filled by individuals
But as desirable as it is, beneficiaries of the old order are determined to frustrate it, or at worst delay the stoppage of dividend warrants to investors. While there has been a rush by investors to migrate to the new dividend platform, some banks are working against it success. These are banks, according to some officials of SEC and the Central Bank of Nigeria, CBN, bent of frustrating the capital market regulator’s effort to ensure that the issue of unclaimed dividends was finally resolved and the monies paid to their rightful owners.

The unscrupulous activities of some of these banks are the reason why SEC announced the extension of the free registration period to June. Registration was initially expected to close by end of March. Registration is free but some of the banks are said to be charging money for the registration so as to discourage customers seeking to migrate to the platform. But it is gratifying to learn that the CBN had intervened in the matter, and had promised to sanction any erring bank.

One other development that is set to change the capital market is the proposed launch of a N5 billion Nigerian Capital Market Development Fund (NCDMF) in the next few weeks. The fund is meant to promote infrastructural development of the capital market and help to curb some of the sharp practices perpetrated by market operators.

SEC has said it would provide the N5 billion seed fund to demonstrate its commitment to the special fund. The NCMDF was conceived as a trust fund to enhance the development of the market and support efforts to achieve market stability.

The NCMDF will also take custody of statute-barred and unclaimed dividends of 12 years and above so that the “free funds” could be put to the collective use of the market to enhance future returns to investors. The fund is expected to be by a board and an independent fund manager without interference from SEC. A proposal to this effect has been sent to all capital market stakeholders for consideration before a final decision is made.

Under the laws, unclaimed dividends will remain available for collection by beneficiaries up till 12 years when they become statute-barred and are returned to the companies that paid them. But the new rule seeks to change the return of the unclaimed dividends to companies that issued the dividends.
SEC is now proposing a change to the rule. Companies and registrars in custody of dividends which remain unclaimed by shareholders 12 years after the date of declaration or subsequently attain the 12 years threshold shall upon the coming into effect of this rule transfer such monies into the Nigerian Capital Market Development Fund (NCMDF).

“All companies and registrars shall not later than 30 days after the end of every calendar year forward to the Commission a report of unclaimed dividends in their custody, which shall specify compliance with Sub Rule (1) of this Rule. Companies shall disclose details of compliance with this Rule in their annual reports,” SEC stated.

Expectedly major retail shareholders’ groups have risen against the plan and described it as a ploy to divert private funds into the control of the regulator. Some of them want the 12-year limit removed to enable shareholders and their beneficiaries collect their dividends at any time.

Johnson wrote in from The Whistler Newspapers; www.thewhistler.ng

Previous CAN NED NWOKO SURVIVE THE IMPACT OF HIS NEW TITLE ‘PRINCE OF FRAUD IN 2019?
Next BLOOD IN THE JUNGLE: ILLEGAL KING NONSO NWOKO BEGINS RECRUITMENT OF TERRORISTS TO WIPE OUT IDUMUJE UGBOKO