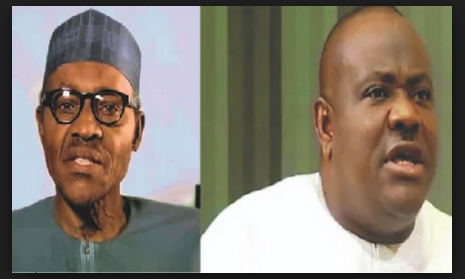 The Appeal Court which the Rivers State Governor, Nyesom Wike, who was removed by the election tribunal may never rule in his favor if documents obtained by online media, Elombah.com is anything to go by.

In a dangerous manner that shows that the judiciary will be bought over by President Muhammadu Buhari and his APC gangs, Wike’s fate has been decided as the documents revealed extensive plans to also capture Kogi and Bayelsa State by all means. In the documents in our possession, it revealed how Rotimi Amaechi used the state fund to make APC win States like, Benue, Sokoto and Plateau. The document is titled penetration strategy draft

Part of the plan towards securing victory for the APC in Bayelsa an the Rivers re-run is to remove the Commissioner of Police in the two states and replace with willing ones who can help them rig, while also removing the AIG in charge of the zones. As reported by Secrets Reporters, it also detailed how Justice Pindiga was removed, with initial plan to replace him with Justice C N Anwuka, Rochas Okorocha In law. 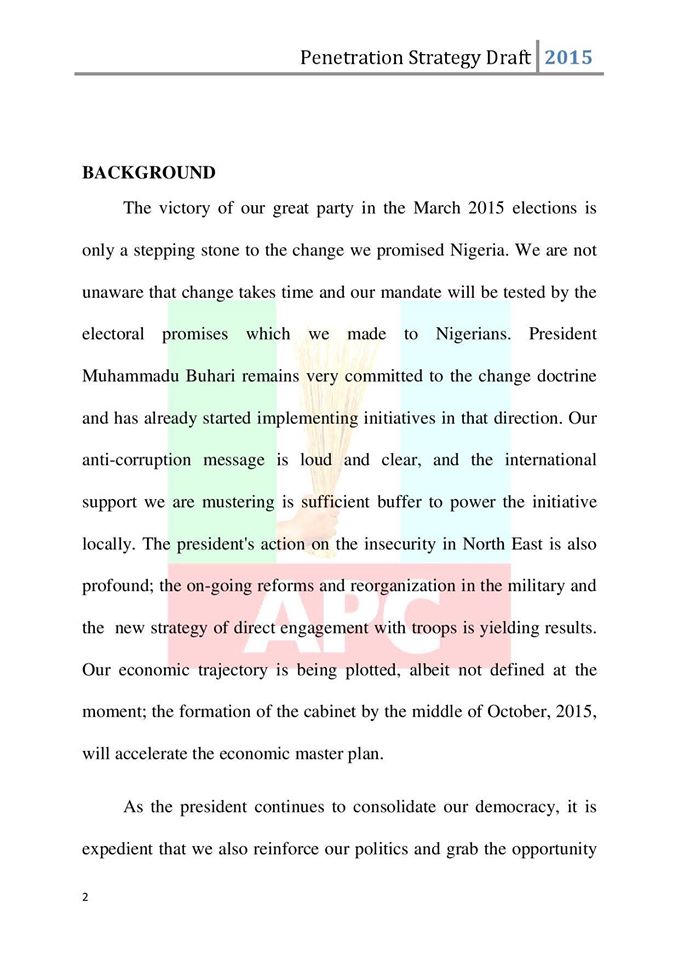 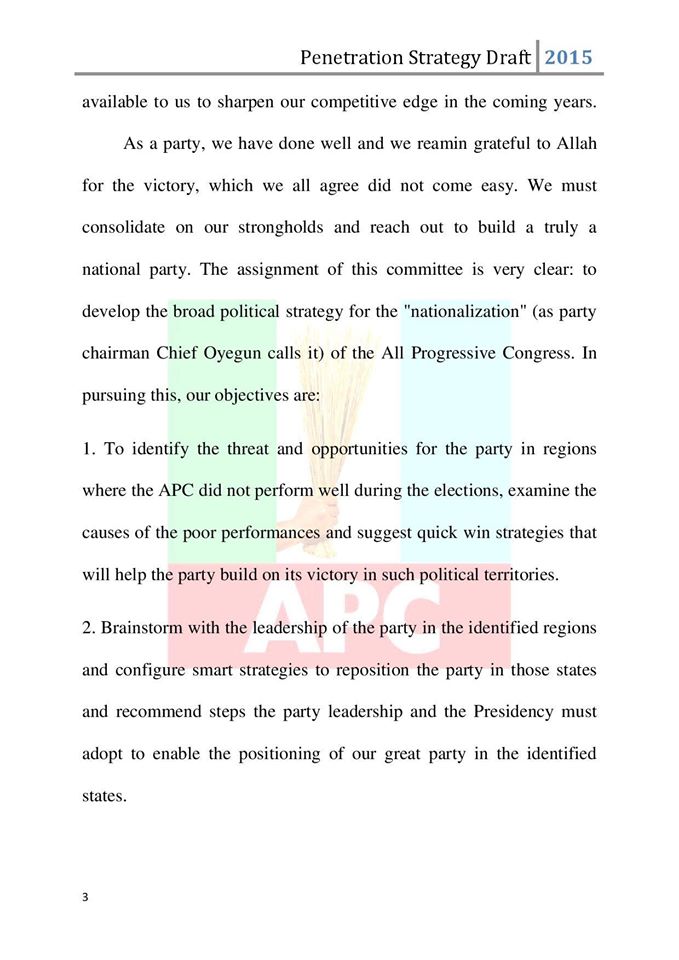 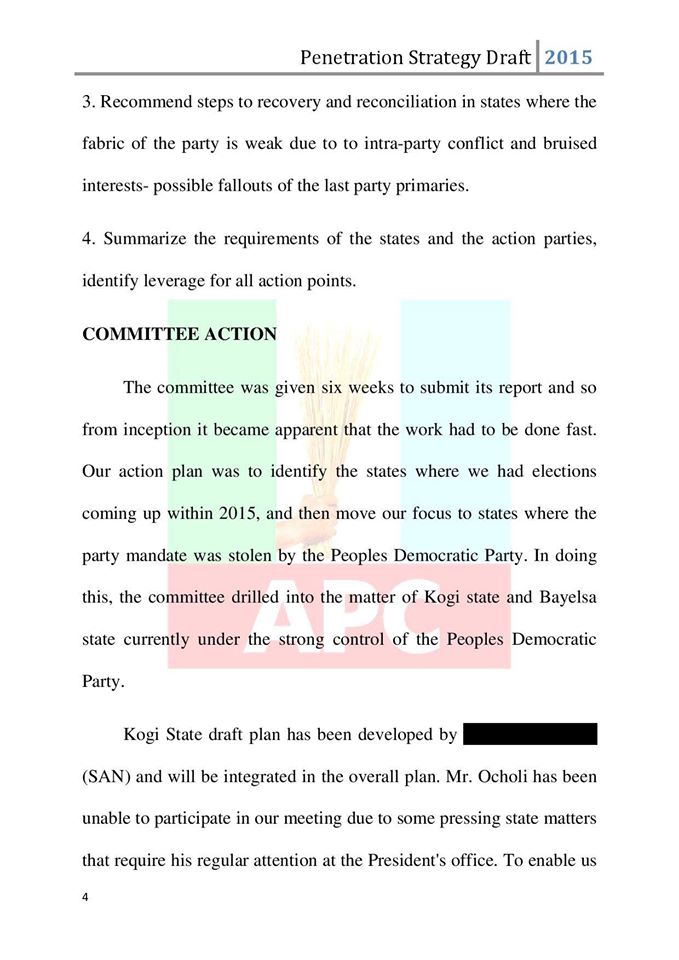 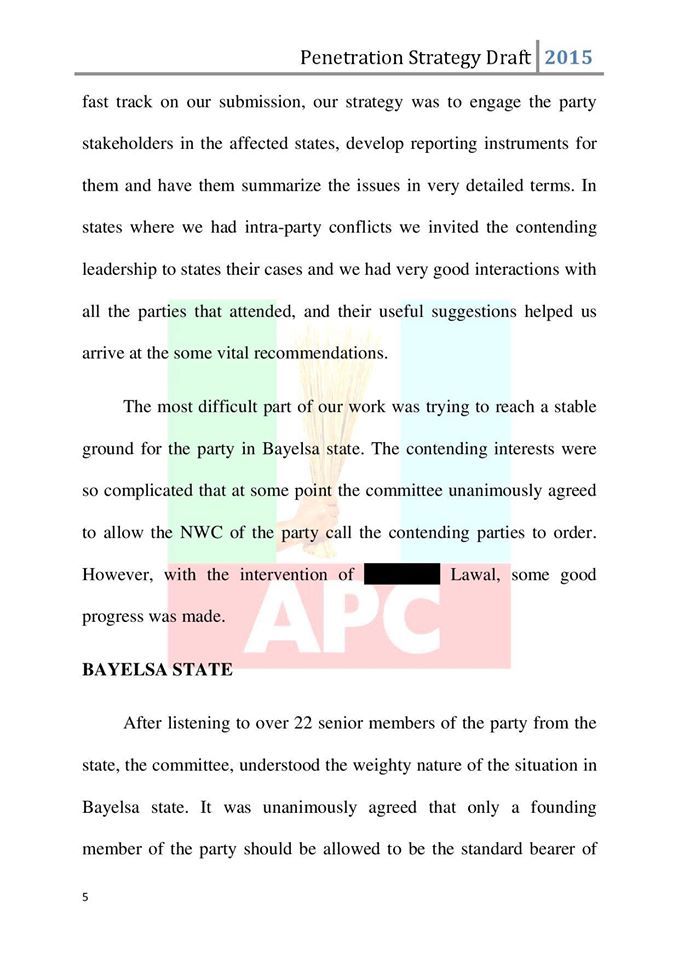 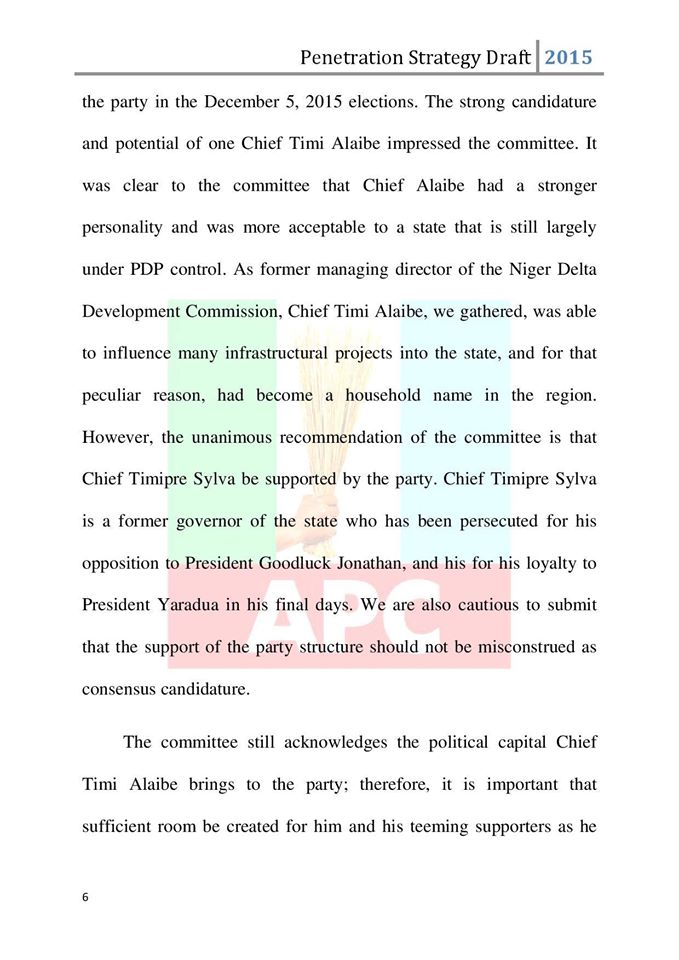 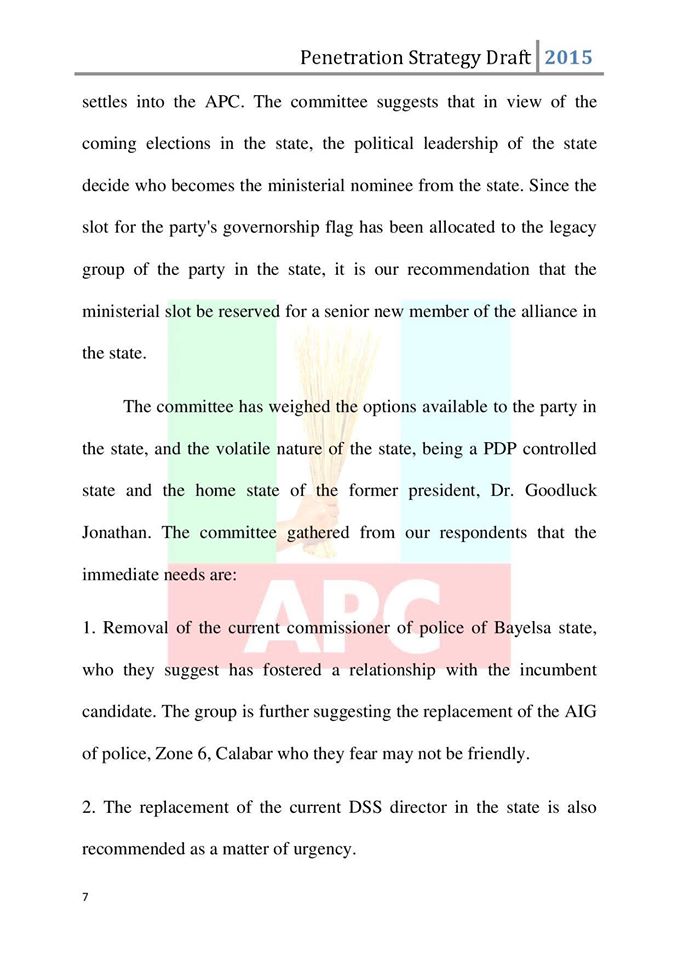 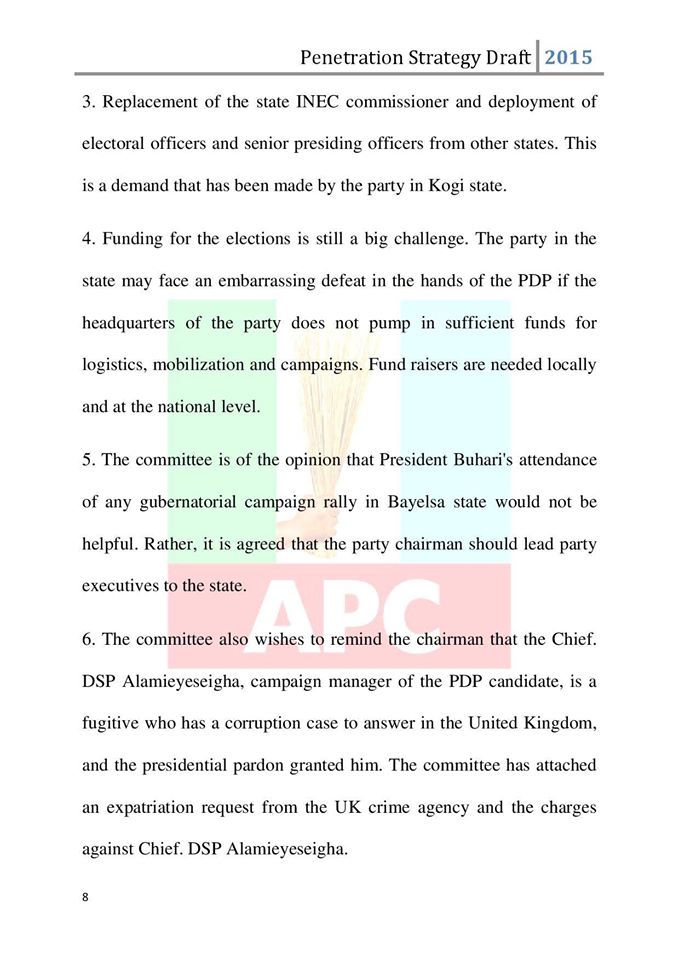 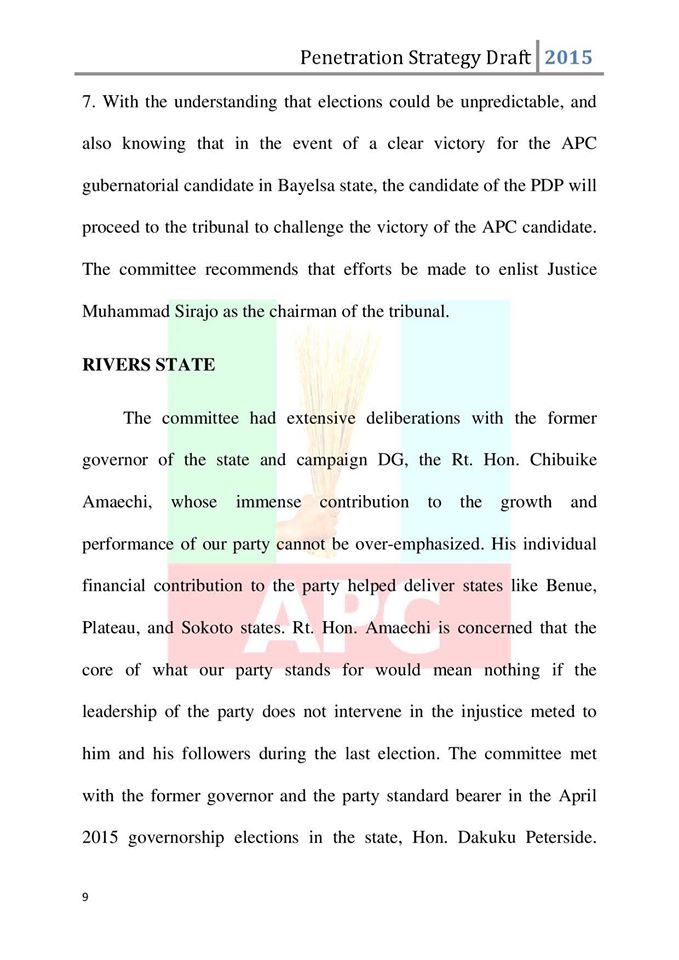 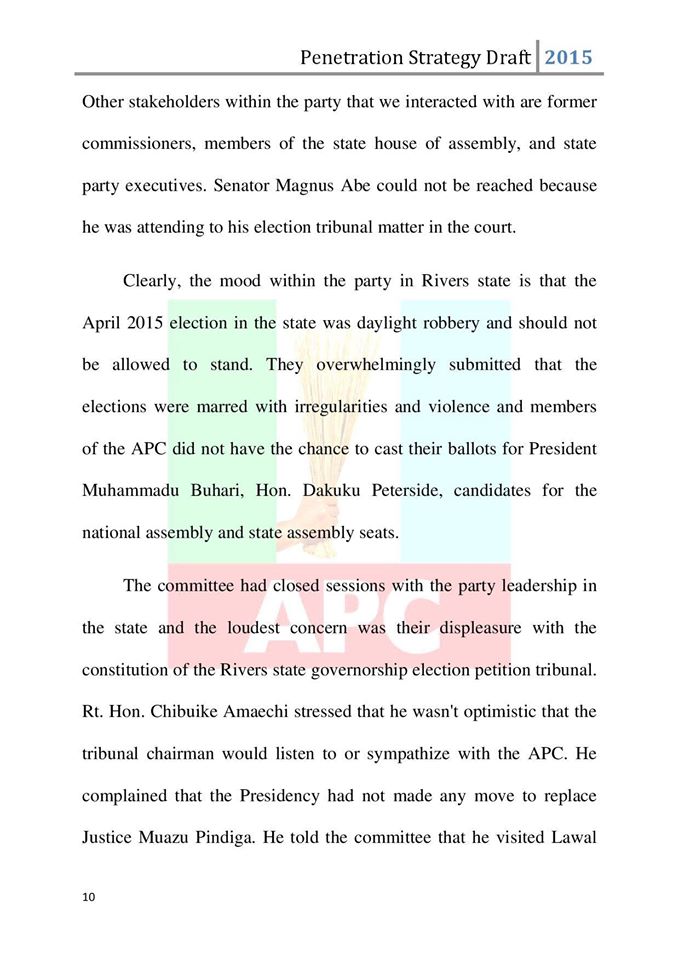 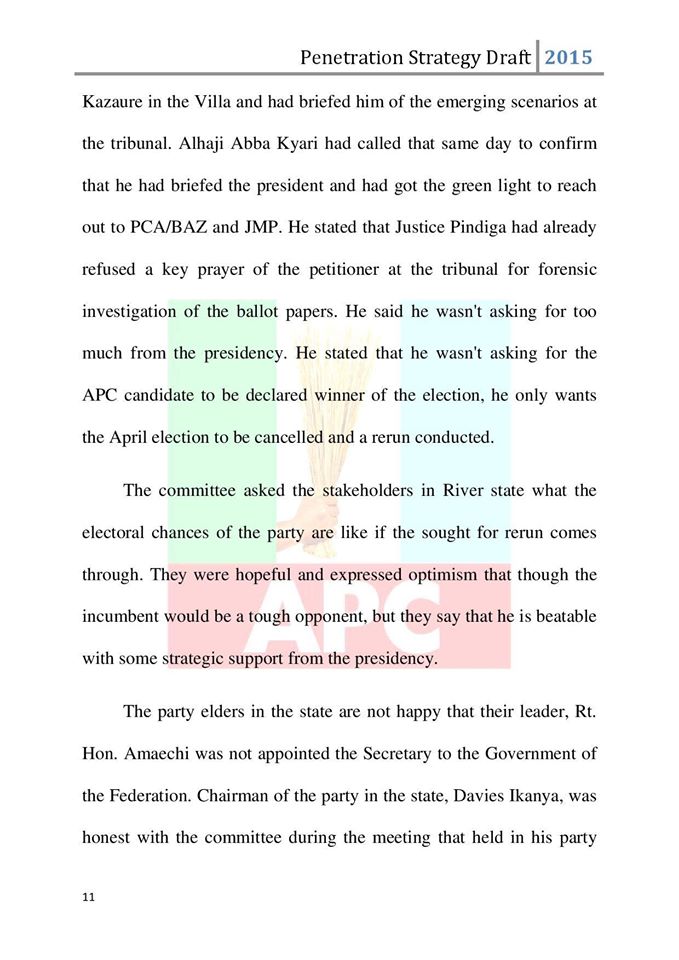 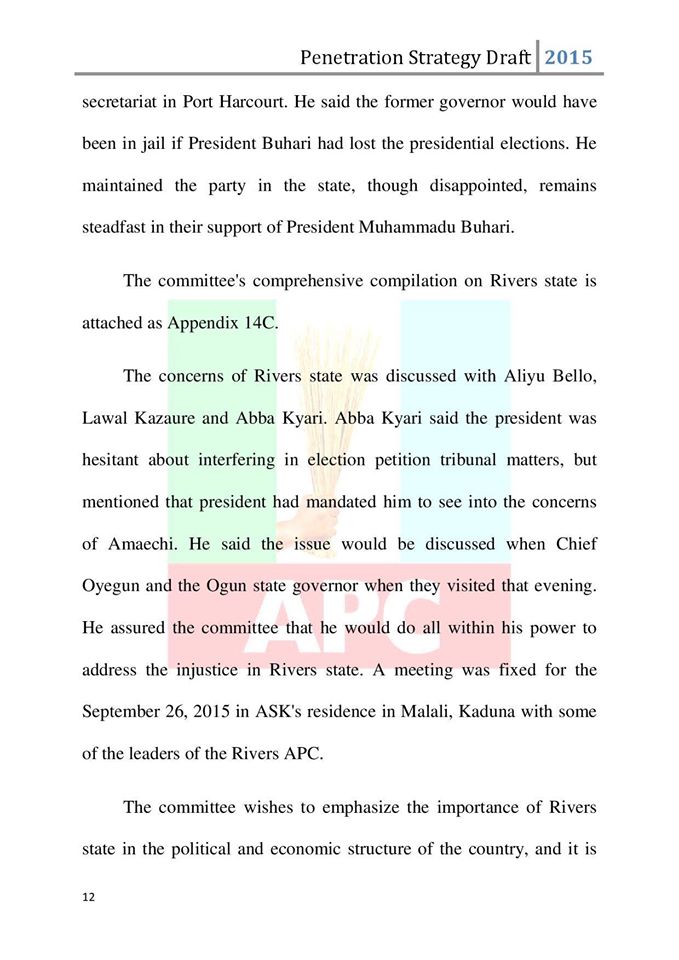 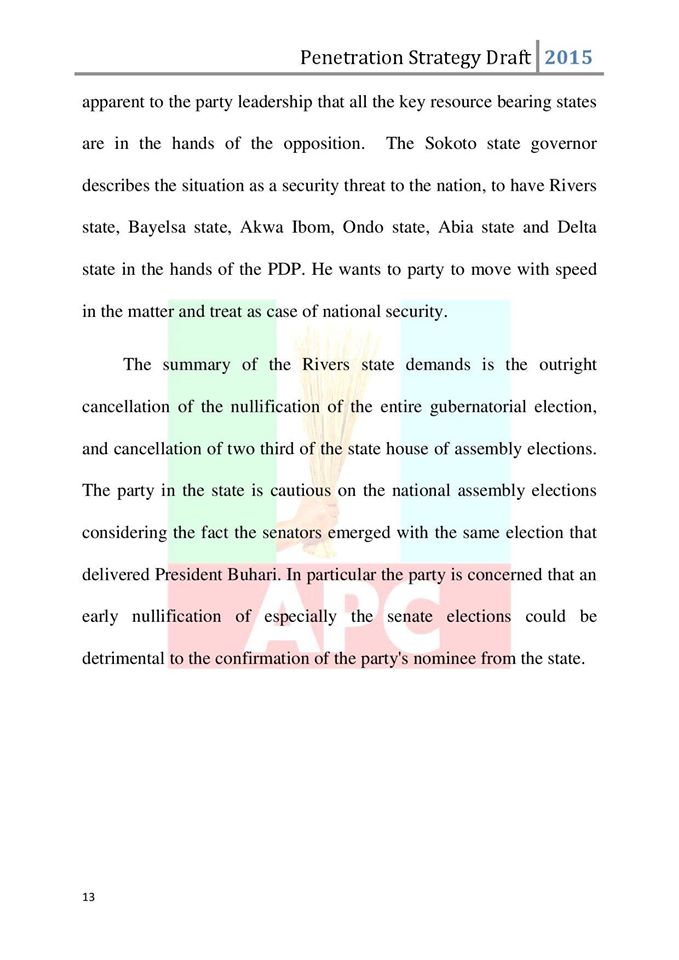 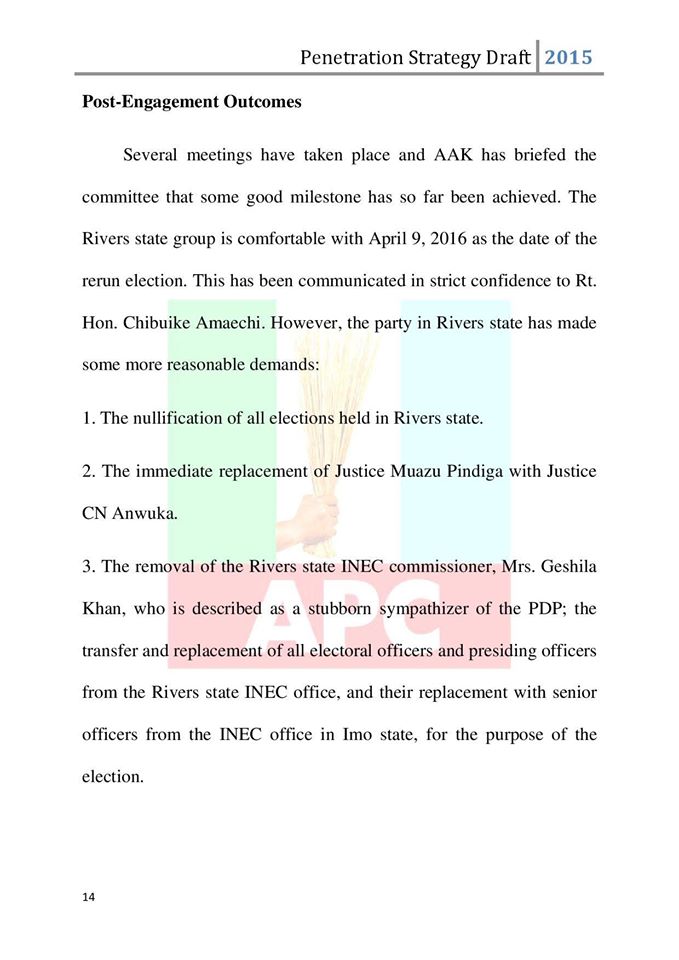 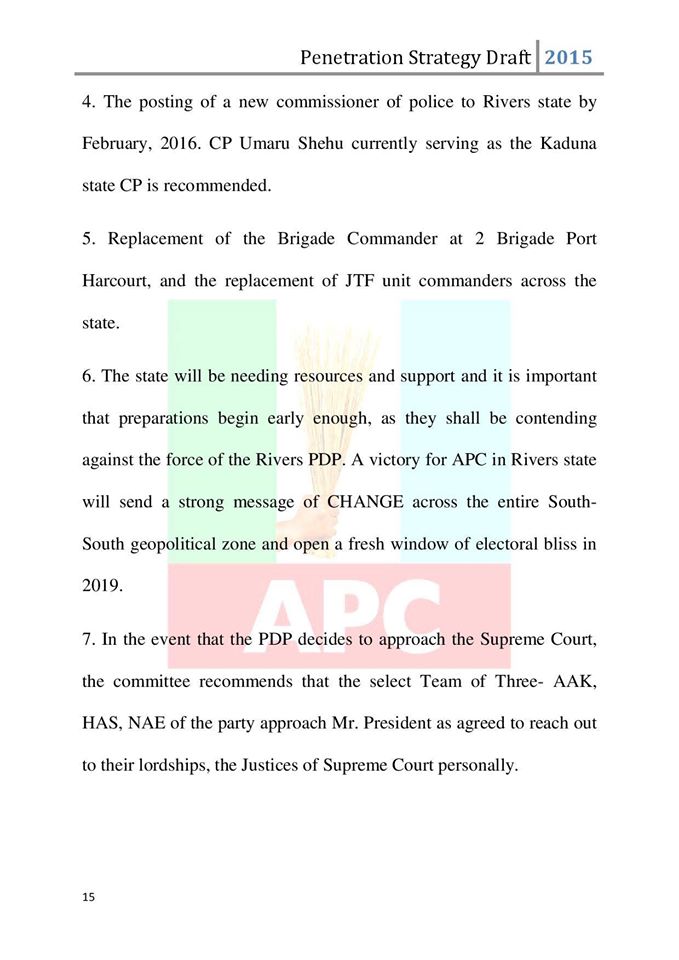 Previous BUHARI ABANDONS EX MILITANTS ON AMNESTY PROGRAM AS ONE DIES DUE TO STARVATION IN FOREIGN LAND
Next FORGERY HOUSE OF ASSEMBLY MEMBER IN OGUN STATE; ADEBIYI ADELEYE ARRESTED WITH PRINCIPAL