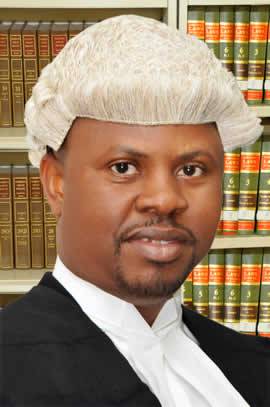 When the Buhari administration came to power, it’s main focus was on fighting corruption, but recent events have proven that to be untrue.

Secret Reporters can authoritatively report that Gambo Saleh, the former Supreme Court Registrar under the Goodluck Jonathan administration who is standing trial for fraud charges of more than N12bn has had his case withdrawn from court and he has since been appointed as Secretary of the Nigerian Judicial Council (NJC).

Not only that, he’s currently the Secretary of the Corruption and Financial Crimes Cases Trial Monitoring Committee (COTRIMCO) headed by Justice Ayo Salami Rtd, a commission charged with monitoring corruption cases.

Much has been made of the purported corruption fight by the Buhari led administration but happenings like this brings to mind the seriousness or transparency involved in these fights against corruption and cases like Gambo Saleh are just one of many cases of corruption swept under the carpet and the perpetrators given more exalting and higher responsibilities than previously held with the reinstatement of Gambo Saleh.

With claims that the Goodluck Jonathan administration was riddled with corrupt individuals and practices, one would’ve been forgiven for hoping the Buhari led administration would turn out to be different, but it looks worse than what was attained before.