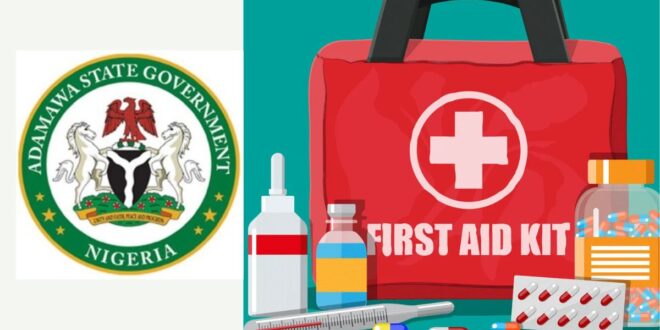 The Adamawa State Government under the leadership of Ahmadu Umaru Fintiri has disclosed that it spent N113, 000,000.00 to purchase a single “First Aide Safety Box”.

This was revealed on the State’s Open procurement portal. According to data on the portal, the box was purchased by the Adamawa State Primary Healthcare Development Agency.

The data shows that the contract was awarded on 30th March 2022, twenty days after it was announced. However, the contract did not include the content of the box that such a humongous amount was spent on it. Meanwhile, on Jumia, a Pan-African technology company that is built around a marketplace, logistics service and payment service, prices of First Aid Box range from N18,000, N37,000, and N45,000.

It was indicated that the project was not contracted out, rather, it was executed as a direct procurement.

It can be alleged that the Adamawa government may have diverted the funds to personal use if the above laws were to be followed to the letter. This is especially so since the content of the box that consumed millions of Naira was not revealed.

It could be recalled that in July this year, Adamawa State was listed among states with the most number of miserable Nigerians.

According to data from the National Bureau of Statistics, the misery index, an indicator used to determine how economically well off the citizens of a country are, recently hit 74.03 in Imo, 72.9 in Adamawa and 71.3 in Akwa Ibom.

The index is calculated for the states by adding the seasonally adjusted unemployment rate to their May inflation rate.

Data from the Capital Importation report also had it that Imo, Adamawa, and Akwa Ibom did not record any investments in the first quarter of 2022 out of the $1.6 billion foreign direct investments that Nigeria recorded in the period.

Also, in 2021, Adamawa did not record any investment. Data from NBC have it that 75.41 percent of the Adamawa population lives in poverty.