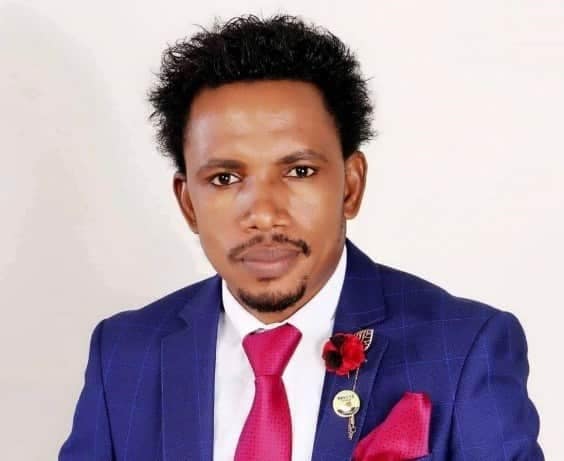 From physically assaulting a nursing mother in an adult Toy shop in Abuja, to literarily pounding his erstwhile Personal Assistant, Senator Elisha Ishaku Abbo may as well qualify for a medal in beating or a role in the popular cartoon series ‘Angry birds’ as his story may have become a tale of mercilessly beating every Tom, Dick, and Harry that he has a vendetta with.

His latest display is in the mindless pounding of his former Personal Assistant Mr Zaman Abasiryu, in the company of men of the Special Anti-Robbery Squad (SARS) over allegations of fraud committed against his office.

In a petition seen by SecretReporters, addressed to the Inspector General of Police Mohammed Abubakar Adamu, it was gathered that on June 1, 2020, at about 2 am while Mr Zaman was fast asleep, he was abruptly woken up with a phone call from an Aide of Sen. Elisha directing him to open the gate to his house as some visitors of the Senator were to spend the night there.

On opening the gate, Zaman was pelted with blows from all angles by Sen. Elisha who was standing in front of his house in the company of his orderly and two Special Anti-robbery Operatives (SARS).

Still dazed by the beatings received from Sen. Abbo, Zaman wearing just his boxers, was handcuffed by the SARS officers and driven to the Senator’s house located at Katampe instead of a police station.

On arrival at his house, the sex toy Senator having motioned to the SARS operatives to wait outside took Zaman who was still in cuffs into his living room and pounced on him; dealing deadly blows with his fists and legs while ignoring the agony-inspired shouts and cries from his victim.

Tired of using his hands and legs, the Adamawa based Senator went into his bathroom, picked a mop stick, and continued beating his victim until it eventually broke.

Not pleased with the extent of damage done by the mop stick on Zaman who was almost at the point of death, Sen. Elisha instructed his orderly who has been filming the gruesome torture to bring another stick with which he continued his callous clubbing.

Satisfied with the injuries inflicted on him, it was garnered that at about 4 am Senator Abbo handed $100 (One Hundred Dollars) to the SARS operatives and accompanied them to the SARS station at Guzape District, where he ordered that Zaman should be locked up.

Findings showed that the beatings were based on an uninvestigated accusation that Zaman forged the Senator’s signature and used his letterhead to write to the Department of State Services (DSS) and Nigerian Navy asking for job opportunities for certain individuals.

However, it was gathered that following the release of the former PA on bail, Senator Abbo blatantly refused to return his belongings after orally promising to do so at the Police station despite discovering that the letter was forged by his own step-brother identified as Mr Ephraim who had long travelled to Adamawa State.

This occurred three weeks before  a Magistrate Court sitting in Zuba, Abuja dismissed a criminal case filed against the Senator after being caught on camera beating a nursing mother in an adult toy shop in Abuja.