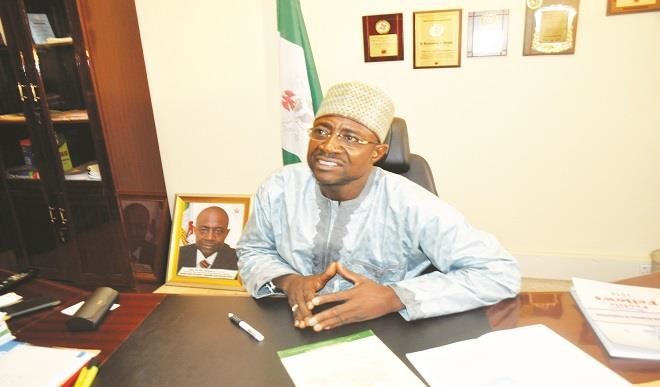 The Centre for Social Justice, Equity and Transparency (CESJET) has urged Nigerians to rally round Executive Vice Chairman and the Chief Executive of the National Agency for Science and Engineering Infrastructure (NASENI), Prof. Mohammed Haruna to further excel in his avowed commitment to using NASENI as a platform to launch Nigeria into an industrialized nation.

The group said with dwindling oil fortune in the country, there is an urgent need for Nigeria to improve its technological innovations, adding that NASENI under Haruna needs to be encouraged and funded properly to succeed.

Speaking to journalists in Abuja, Executive Director of CESJET, Sunday Attah warned against those he described as detractors, hiding under the umbrella of CSOs to blackmail the NASENI boss from achieving his noble objectives of improving Nigeria’s technological fortunes

He said through his dedication and hard work, Prof. Mohammed Haruna recently received the Fellowship Award of the Non-Academic Staff Union of Educational and Associated Institutions (NASU) at its just concluded National Delegates Conference in Abuja as a result of the giant strides recorded by NASENI in actualizing the dream of the Federal Government toward the attainment of technology advancement of the country.

Attah said such man should be supported by every patriotic Nigerian. He frowned at what he described as deliberate attempt to blackmail the NASENI boss.

He particularly pointed to what he described as “an ongoing attempt to misinform Nigerians to the effect that the civil society is mobilizing for protests against Prof. Mohammed Haruna, Executive Vice Chairman and the Chief Executive of the National Agency for Science and Engineering Infrastructure (NASENI).”

He said the CSO hide under the toga of fighting corruption to blackmail unsuspecting members of the public, warning that Nigerians must be wary of the antics of such groups.

He said, “From the onset, we want to dissociate ourselves from being part of such misleading impression. It is true that a particular group has circulated letters to civil society organization on the pretext that they are being mobilized to rally against corruption. Since we have never jumped to conclusions on any issues without first independently verifying the genuineness and relevance of what we are being asked to support or kick against.

“As a centre interested in fairness, justice and equity for all, we took our time to investigate the allegations raised by these characters and found that they are criminal elements out to extort the Executive Vice Chairman. A background they craftily hid from CSOs when they sent out the invitation to be part of their protest was that Prof. Mohammed Haruna is in court with a sister civil society organisation over his refusal to grant access to information concerning the allegations raised in their letter. It will therefore not speak well of us, or any CSO, to be caught up in a sub-judice scenario.”

Attah said while the CESJET does not have a problem with CSOs genuinely interested in fighting for the interest of Nigerians and Nigeria by going through the right channels of the law, it will continue to expose those out to rubbish the critical role of CSOs in the society.

He said, “we found that he reported the CSO involved in this matter to the Police and they in turn dragged him and the police to court for criminal intimidation.
They are now trying to use Nigerian youths through NGOs and CSOs to further their personal interests by demanding for the sack or resignation as well as prosecution of Prof. Mohammed Haruna as the Chief Executive of NASENI.

“They want to go ahead with such disruptive gathering even when they know that their so called evidence is at best unsubstantiated.
What we found worrisome is that the protests being called by the CSO that is sending out this invitation has ulterior motives that should rightly set alarm bells ringing among those that have responsibility for law and order in Abuja. The protests are planned to simultaneously occur in the vicinity of the National Assembly, Federal Ministry of Science and Technology as wells as at NASENI headquarters in Idu, Abuja. This can only be a strategy to space out security agencies and operatives that should be providing security cover for protestors with the sole aim of triggering unrests. Organisers of this protest are adequately aware that that they have no basis for their demand and are thus planning to allow the protest degenerate into chaos so that they can accuse security agencies of being high handed in the handling of the protest.”

He urged the CSOs to, instead of joining paid for protests, come together as a force and fashion out interventions that will help Prof. Mohammed Haruna to further excel in his avowed commitment to using NASENI as a platform to launch Nigeria into an industrialized nation.