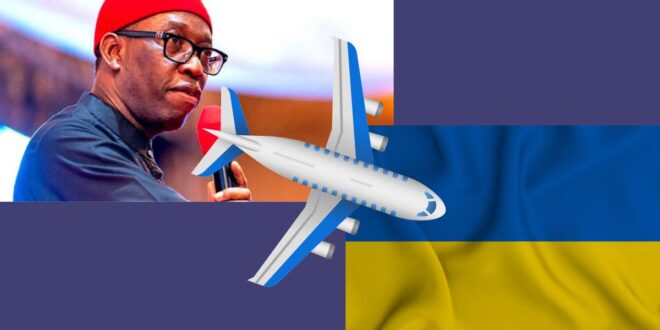 Usually, it is of great gain for State actors to attend business trips, but of greater gain to bring the knowledge of these trips to bear for the benefit of all, rather than personal aggrandizement. This, no doubt has not been the case with the governor of Delta State, Dr Ifeanyi Okowa, whose grip to power since 2015 has left residents grasping and wreathing pain with his critics saying they can no longer wait for the exodus of the merchant of incompetence.

Among other conspicuous negative effects, Okowa’s misrule has left a once oil-rich state in a nauseating and pitiable state of “financial and infrastructural quagmire”, through business trips that have been of no benefit to the people of the State.

The governor and his cohort known for outrageously borrowing huge amounts of loans have equally spent these funds on exuberant trips that have no direct impact on the people of Delta state. These trips, fully funded by state-owned funds, have no known project established by the state to bring to bear knowledge or skills acquired on such trips by the governor and his cohort.

One of such trips that were funded by the state government, and attended by his cohort, was ‘the First Nigerian-Ukraine business forum’ held in Kiev Ukraine, to commemorate the 25 years of diplomatic relations between Nigeria and Ukraine

Documents exclusively obtained by SecretReporters revealed how Okowa flamboyantly squandered a whooping sum of N20, 076,000.00 for a three-day event in Ukraine. In the Document, four delegates were nominated by the state government and the sum of N20,076,000.00 of hard earn taxpayers money was released to fund the nominees.

Despite exerting such a humongous amount on a trip that ought to bring some succor in the form of business – that could, in turn, empower some Deltans through job creation, findings by SecretReporters show that there is no traceable impact of the trip on the State.