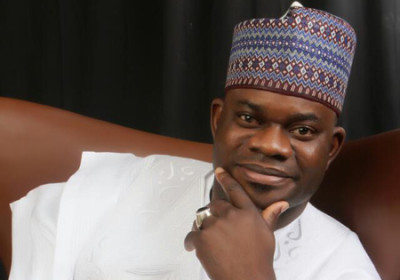 Reports in Kogi state shows that, five Commissioners in Yahaya Bello’s administration is set to follow after the Commissioner for Agriculture and Natural Resources, Dr. Tim Nda Diche who resigned his appointment yesterday.

Although, there are media reports that the Ex Commissioner resigned on personal grounds, sources informed Secret Reporters that the incompetence of the State Governor, Yahaya Bello in running the affairs of the state, and the Chief of Staff, Edward Onoja, taking over the duties of the commissioners in the state, has led to him throwing in the towel.

Secret Reporters gathered that, one of the commissioners said, “we are quitting and nothing can stop us , in his own words.” as am talking to you now, any where I go, they call my driver to give them feedback. we only attend Council meetings just to take attendance and fulfill all righteousness as our contribution is not needed, an am tired of Follo-Follow.”

We also gathered that, the State Deputy Governor has been left redundant, as the Chief of Staff is the defacto deputy to Bello.

Sources said government officials, including Media aides, the State Accountant General and others are only left to act as figure heads and the Deputy Governor only attend functions as ceremonial head‎ with no stint of stewardship.

Most of the Executive members have not hidden their calls for the chief of Staff to resign or allow them function, as they suffocate under a blind government with no direction, as many funds both statutory and aids had developed wings into private pockets and the Governors empire.