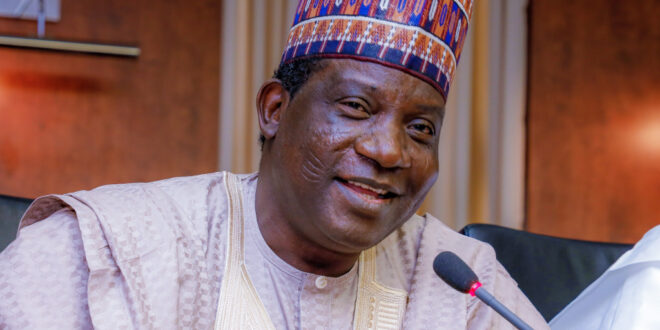 The looting spree among Nigerian Governors who have less than a year to spend in office has finally pegged its tent in the twelfth-largest state in Nigeria, plateau State.

Documents seen by SecretReporters detail a well-hatched plan by the Simon Lalong led government to syphon State funds under the guise of attending a global investment meeting in Dubai.

According to the document, the Governor and his entourage will depart Nigeria for Dubai from 27th to 31st March 2022 for the summit, before spending an additional three days for a medical check-up, then proceed to Atlanta, Georgia, for an undisclosed visit between 4th to 10th April 2022.

A breakdown of the logistics required in the letter dated March 18, 2022, signed by the Secretary to the Government of Plateau State, Professor Danladi Abok Atu, and approved surprisingly two days later on Sunday, March 20, 2022, showed a whopping sum of Nineteen Million, Six Hundred and Fifty-Eight Thousand, One Hundred and Fifty-Eight Naira (N19,658,158) to be spent for a first-class flight ticket from Abuja to Dubai then to Atlanta for the Governor and his wife.

While a Dubai Visa for one month generally costs about N48,000, Governor Simon Lalong approved N900,000 to be spent for UAE visa fees for five officials who will be part of his entourage with each visa fee at N150,000.

Not satisfied with the amount to be pocketed from the profligate trip, the Plateau State Governor further approved a cold shivering amount of N4,950,000 for the Covid19 test for 12 officials who by the presidential directive through the Nigeria Centre for Disease Control (NCDC) are supposed to be fully vaccinated. Industry experts revealed that with a Covid19 test at about N48,000 for home service per head, N412,500 unarguable is a daylight pilfering of taxpayers’ funds.

In addition to estacodes allowance approved to be paid in dollars at an exchange rate of N580 per dollar for most of the State officials who would be joining Governor Simon Lalong on his Jamboree trip, a grand total of Seventy-Three Million, Six Hundred and Eighty-Six Thousand, Three Hundred and Forty Naira (N73,686,340) was approved as logistics for the trip. This amount will be charged from Head 022000700100, Sub-Head 2202105 under Leave and Passages of the approved Plateau State Budget.

The document, however, referenced a letter received from the Nigerian Governors’ Forum (NGF) indicating that other state governors might as well have a similar itinerary for the summit at the expense of taxpayers.

Previous Imo Unrest: Disobey Our Orders to Come Out on Mondays and Court Days And You Are Dead, Unknown Gunmen Issues New Circular to Imolites
Next College Of Criminals: Delta Gov. Okowa’s Key Men Buy Caribbean Citizenship For N145 Million Each To Jet Out Next Year For Fear Of EFCC