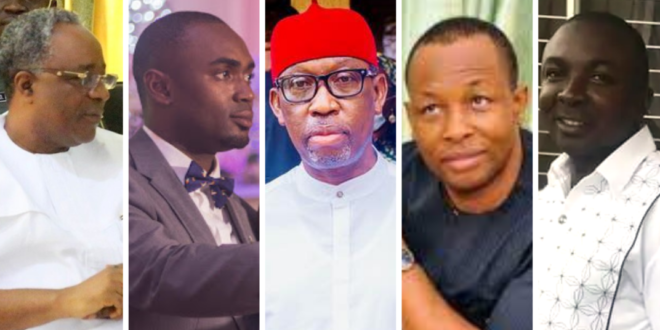 College Of Criminals: Delta Gov. Okowa’s Key Men Buy Caribbean Citizenship For N145 Million Each To Jet Out Next Year For Fear Of EFCC

No fewer than ten people close to the Delta State Governor, Mr. Ifeanyi Arthur Okowa will be taking up citizenship of Caribbean countries in order to escape arrest by the Economic and Financial Crimes Commission (EFCC) when the tenure of the incumbent would have elapsed on May 29th, 2023, SecretReporters has authoritatively gathered.

According to various sources who confided in us, each of them spent $250,000 to acquire the passports of the Island countries which is an equivalent of N145 million at the current exchange rate of N580 to a dollar.

Other powerful aides of the governor have also bought houses in Europe and America, where they are already making moves to relocate their families next year January. One of them who has the ears of the governor has a 25 years old son by name Uche who is alleged to have been given birth to by the governor’s former cook years ago, has bought a house in London with monies wired from Delta State treasury. He was in Asaba few days ago where he bought Mercedes Benz S Class to cruise around town before going back to his base in London.