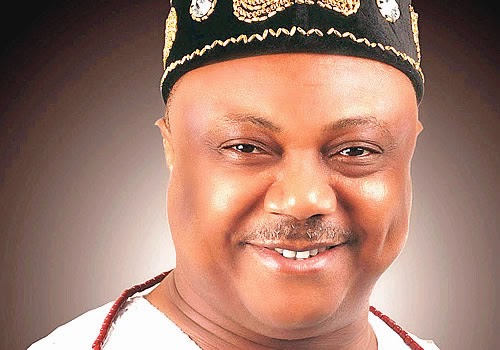 OGBORU AND UPU: NAILING THEIR POLITICAL COFFIN OF EVIL ALLIANCE FOR 2015

He’s an obstinate opportunist. He’s become well known for this throughout his career here. He wears it like a badge of honor
Anonymous

For those who are conversant with the workings of the media, they understand that there is great difference between the online media and the social media. The online media rules the news wave and determines to a large extent the opinion of a nation; which is the domain of news sites owners. The social media on the other hand are the Facebook, twitter and Instagram pages where we have few Facebook lords and twitter warriors, with the rest among them spectators and great followers who help to shape the posts of the lords and warriors.

Why am I bringing this analysis into the political theatre of Delta State? It is because a cursory look at both the online and social media will reveal that none of Delta State guber aspirant under Labor Party, Chief Great Ovedje Ogboru’s diehard followers is on the list of both online and social media, and I stand to be corrected. How they therefore think they can shape the opinions of Deltans into voting for their preferred candidate will be the miracle of the era. Knowing full well that they do not possess the platform to project Ogboru whom they have pitched their tent with, they chose to malign strong supporters of Senator Ifeanyi Okowa for innocently doing their job for their principal.

No day passes by without the mention of my humble self on the state owned platforms, so much which friends keep wondering if I have scores to settle with them or I have indicated interest in contesting electoral positions that they must stop me now. One even asked me if I have been penned down for the position of the Commissioner for Information that they chose to have my head on a platter of platinum to stop it from coming to pass. My only crime was fighting corruption in my dear state and exposing those milking our common treasury dry. My only offence is being an anti Urhobo and supporting Okowa from the Anioma region instead of supporting ‘our’ own in Ogboru, not even Olorogun O’tega Emerhor. They are that pained that the privilege given to me in the media by Nigerians is not used to the benefit of their candidate but my own principal. For this, I must be crucified. If the price to pay for liberating them from the shackles of political thieves is to remind me of how I hunted the politicians, I humbly submit myself to them to be crucified.

How can Deltans vote for a man in Ogboru whose background is laced with fraud? How can they convince us to tell the electorates to vote for a man whose hands are soiled with blood? Sadly enough, even his supporters do not know how Ogboru became the billionaire he was that enabled him to plot his evil coup. Weeks of digging into the history of this ‘killer’ and opportunist will probably help convince his blind followers that their boss is not the saint he claims to be or the pope he has suddenly assumed that was consecrated inside the fish room.

Ogboru was a poor tally clerk back then in Lagos, precisely in Apapa where his job was to give tag to those who are going inside the dock. Broke and hungry, yet his handsome look cannot be taken from him when he met a lady by name Florence, a sister of an Ijaw billionaire fondly called ‘double chief’. Whether he is still alive is still undergoing investigation. The cunning Ogboru who had been monitoring the woman bring in goods into the wharf decided to woo her and she fell for his sweet talk. He struck gold!

The lady was not just a middle class importer but a millionaire one who imported frozen food from Ireland. Smart Alec he was, as he quickly asked her hands in marriage and with that legally done, she transferred her wealth and importation business to Ogboru. With such ventures, Ogboru became a billionaire at 33 years! Wealth not gotten by the sweat of your hands drives one crazy which happened to him; making friends with some dissident military officers, who convinced him to sponsor their coup with promise to make him the Minister of Finance, a secret he has never disclosed until a source revealed it to this writer.

With his wife wealth bequeathed to him, he sponsored the now infamous Gideon Orkar coup where hundreds died while he escaped through Cotonu to England. A man known to be heartless; his brother who dropped him off at Cotonu was arrested by the Nigerian Army who was after him and dumped in prison for years, even when he could have assisted his brother to go to exile with him. That is the history of the opportunist called Ogboru.

Deltans cannot afford to give their future to a man who calls himself the peoples general, yet without a troop. A man who is scared of contest within a party for fear of losing the primaries is not a man to be taken seriously in a general contest. This explains why he runs to Lagos anytime he loses election, leaving his politically bewitched supporters in the dark.

The man Ogboru is a political trader whose new trade is every four years political merchandise from those he can con to support him in his inordinate ambition, only to abandon them when they need his support. When he came back from exile, Frank Kokori threw his weight behind him to contest against James Ibori under the Alliance for Democratic (AD) party, but today they have fallen apart. Next was Emerhor who bankrolled his next failed guber ambition and today he is fighting his benefactor. Again Ede Dafinone shoulder the financial responsibility of another failed guber attempt, but when the man needed him most, he sold out the Delta Central Senatorial by-election seat to PDP against Ede, where he has been rewarded today with contracts from the Federal Government and the money is being used to attempt another ambition that will crumble like a pack of card.

Urhobos cannot be deceived any longer by the sweet talk of Ogboru who have no blue print on how he will govern the State. A man who could not successfully manage a fish business given to him by his wife is not fit to even head board or agency of the government. Riding on the clipped wings of a factional Urhobo Progress Union (UPU) cannot help him at this time. The UPU who endorsed him is the wrong one who has lost all the blessings of all worthy Urhobo sons and daughters to align with the one of Chief Tuesday Onoge.

The Uvwiamuge Declaration was not made in drunkenness and it cannot be changed for the sole ambition of one man. Truth be said that if Emerhor loses today, he has the structures at the national level to challenge us in court as well as the moral duty to do so. Same cannot be said of Ogboru party that have no structures and financial weight lifters neither will he have the moral conscience since the PDP is currently oiling his bank account with contracts. Even before the battle began, he has already sold out. For Ogboru his silent heartbeat is the words of James Cramer saying “Remember, I am neither a bear nor a bull, I am an agnostic opportunist. I want to make money short- and long-term. I want to find good situations and exploit them”

It is deceptive and wicked to continue deceiving his blind followers that he is still in the race when he has already compromised his stand even before the blast of the whistle. Can someone point to his manifesto in any of his campaigns, other than singing that PDP must be kicked out? Can someone tell what he has in store for the State if elected, other than the same repetition that PDP wrecked Delta State and should not be voted in? A man who is not faithful in little things can’t be faithful in big things. A man who could not manage common dead frozen fish business cannot be a good manager of living men and resources. Delta State is too important to be left in the hands of political neophyte who never held a single political position or even appointed into any government board. To do that is to tell us that we are the worst of all citizens in Nigeria, and we are not.

Elections are won not just by votes but by structures and this is what the factional money bag UPU of $1 million Joe Omene must know. UPU continuous interference in the political affairs of Delta State must be resisted by all and sundry. With this current involvement and supporting Ogboru despite the clear rule excluding him, it is only a matter of time that the body will be buried for good in Nigeria. As it stand, the political coffin and UPU is already being nailed in the political workshop, with most of us contributing money for its final burial. This will teach a lesson to other upcoming tribal unions never to indulge in politics again.

Deltans have found in a man who represents our common entity, who the acquisition of wealth is not in his dictionary. We have seen a man who fighting against is to fight God who ordained him a governor even before he was born and to attempt to smear his name is to incur the wrath of our heavenly father. No man wants to fight with God. In Senator Ifeanyi Ogheneganre Arthur Okowa, even heaven will fight our battle.

Fejiro Oliver, Managing Editor of Daily Voice NG, Editorial Board Chairman of Secrets Reporters News, Media Consultant and Co-Coordinator, Coalition of Human Rights Defenders (COHRD)can be reached on +2348022050733, +2348160067613 (SMS ONLY) or secretsreporters@gmail.com. Engage him on twitter on @fejirooliver86

Previous PRESIDENT JONATHAN DID NOT LIE ABOUT SPEAKING WITH MOROCCO KING; PDP INSISTS
Next GOVERNANCE OF THIEVES: NIGER STATE GOV, ALIYU SQUANDERS N31.5 MILLION TO GET TURBANNED BY EWI OF ADO-EKITI