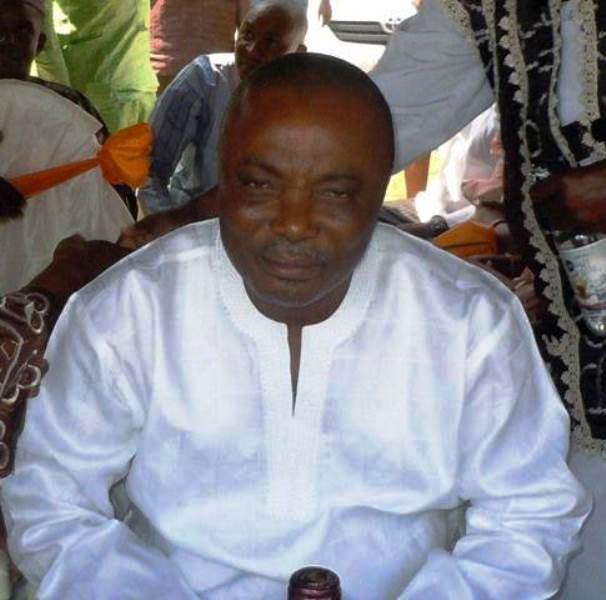 NOWHERE TO HIDE: AFTER RUNNING TO COURT FOR REFUGE, HIGH COURT ORDERS SENATOR NWAOBOSHI TO SUBMIT SELF TO SPIP FOR PROBE

Equivocally speaking, corrupt government officials should be made to face the wrath of the law, return all they stole from the Nigeria people as well as spend a good amount of their lifetime behind bars as may be permissible by the law. Nevertheless, it is a common tale for most corrupt officials to seek every available means to evade arrest and prosecution.

This is as information made available to SecretReporters reveal that Senator Peter Nwaoboshi who has been under the radar of the Special Presidential Investigative Panel for the Recovery of Public Property (SPIP) following a petition sent to it by an anti-corruption group called Fejiro Oliver Whistleblowers Network (FOWN), has refused to submit himself for investigation by the panel rather has resorted to filing unending suits before the Federal High Court sitting in Abuja.

It was gathered that the Senator who was trying to seek refuge under the judicial arm of the government, filed a suit before the Federal High Court in Abuja praying the court to issue an order quashing/discharging/settling aside the warrant of arrest issued against him for being irregular, on the basis that he is a serving senator of the Federal Republic of Nigeria and has not committed any crime to warrant the issuance of a warrant of arrest against him amongst other sarcastic prayers.

SecretReporters however gathered that Justice Idayat Akanni Olaide in his ruling stated that the motions raised by the Senator were out of the question and him being a serving Senator does not in any way invalidate the warrant of arrest issued against him rather the warrant was issued based on his refusal to honour the invitation of the panel for investigative purpose. The ruling also made it clear that the prayer of the Senator to the court for an order quashing the warrant of arrest issued against him will translate to the court helping him disobey or refuse the invitation by a lawful Agency for investigation and in violation of Section 3 of Administration of Criminal Justice Act.

The judge in addition ruled that the insinuation by the Senator that he has no connection with Summing Electrical Company was not in its written knowledge stating that his assertion that he has not committed any offence that would warrant the issuance of an arrest warrant against him can only be determined when an investigation has been carried out and when he is found not to have committed any offence and his action is a clear indication that he was only trying to avoid doomsday.

The Senator further got a shocker when the judge ruled that his assertion that the arrest warrant against him was irregular was not true as the court properly examined the evidence brought before it which necessitated the endorsement of the warrant of arrest while strongly waving away the idea that the investigation against him is in bad faith targeted at humiliating him. The ruling also stated that the assertion by the Senator that he was never invited by any law enforcement Agency on any allegation was untrue as exhibits tendered before it proved otherwise.

In his final ruling, the Chief District Judge 2 of the High Court of the F.C.T Abuja Akanni Idayat Olaide upheld the submission of the panel and ordered that Senator Peter Nwoboshi submits himself for investigation stating categorically that a Senator is not among the list of government officials who enjoy immunity from prosecution drawing a line between an investigation and prosecution.

It was also gathered that more diggings by the panel which immediately swung into action after receiving the petition, with an in-depth investigation into the activities of the heinous Senator as well as the properties he owned and discovered that indeed he is a true expression of a corrupt senior citizen of the Federal Republic. This is as the panel discovered that the atrocious Senator operated more than twenty-two (22) different bank accounts with Zenith, Sterling, United Bank for Africa, and Access Banks using the same Bank Verification Number and Phone Number with of these accounts each lodged with jaw-dropping amounts running into billions of Naira.

It will be recalled that earlier this year Senator Peter Nwoboshi had been arrested and arraigned in court by the Economic and Financial Crimes Commission (EFCC) on allegations bothering on fraud and money laundering up to the tune of 8billion Naira, he was however granted bail of 50million Naira by a Federal High Court sitting in Ikoyi, Lagos.

Previous 10 REASONS WHY A MUSLIM-MUSLIM TICKET WILL FAIL IN KADUNA STATE
Next HIDDEN TRUTH: UBTH DOCTOR DIED AFTER SEX WITH LOVER IN OFFICE NOT AFTER PERFORMING SURGERY