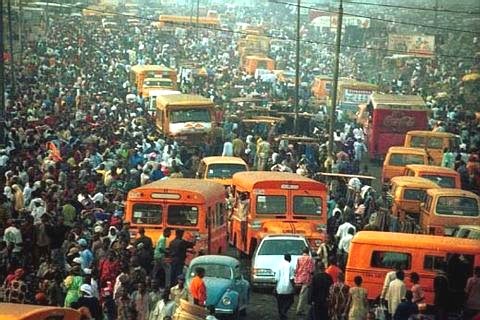 NIGERIAN AND THEIR ANTI-CORRUPTION CHARADE

Anybody who thinks that, under Nigeria’s 1999 Constitution, any government, party or president can eradicate corruption is like a man who expects a worm to give birth to a lion, or who wants to go to heaven but doesn’t want to die.

But Nigerians are not serious. First of all, they love what they call corruption, they became addicted to it right from the 1950s. They want to loot and squander, that’s why they don’t really want corruption tackled.  Secondly, they love their noisemaking against it. If “corruption” was eliminated, they would lose their favorite topic for complaining. In this matter of denouncing corruption, Nigerians are like a rich hypochondriac who is addicted to his symptoms and to the attention he gets because of his condition, and doesn’t want it cured. He refuses to go for the diagnostic tests that can determine the cause of his symptoms so it can be treated.

Instead he keeps going from one quack doctor to another, each of whom claims to have the magic cure for his condition. Of course all that each wants is to get at his money and take his share and run. So each denounces his predecessor and gets his chance until the next quack doctor displaces him, and he leaves the patient uncured and even worse, and the hypochondriac is happy that his symptoms are still with him.

Which coup maker in the past 50 years hasn’t claimed he has come to get rid of corruption only to get even more corrupt than those he threw out? Which presidential candidate hasn’t claimed the same intention and ability only to fail when he got into office? Why has that been so? There are three main reasons why that has been so since 1999:
First of all, Nigerian politics is just a system of organized crime. As I pointed out in 2010 in my Business Day column, “Black colonialists: the root of the trouble with Africa (9)”:

We need to recognize that when the objective or activity of a formal organized association is a crime, the association is a crime syndicate or mafia; its activity is racketeering or organized crime; its members are mobsters/gangsters. Since the crime of looting the treasury is now the primary objective in Nigerian politics, by these standard definitions, the 50 odd registered political parties in Nigeria are mafias or crime syndicates racketeering to loot public funds; their members are nothing but mobsters. Incidentally, if the RICO Act of the USA were to be enforced in Nigeria, every member of every registered political party, from OBJ down, and every member of the bureaucracy, would be serving long jail terms for racketeering: engaging in criminal activity as a structured group. In fact, Nigerian politics is just organized crime, with the assassinations—gangland slayings—that go with that. As a result the Nigerian political lexicon is full of misnomers:

And the funny thing is that what, in the USA would be prosecuted as racketeering or organized crime, in Nigeria is hailed as “our nascent democracy”.
That was published in 2010.
Secondly, the 1999 Constitution has entrenched and institutionalized lootocracy. The constitution, by its so-called security vote together with its immunity clause for the top office holders, effectively invites them to loot with impunity. And what the top officers of the state do, their subordinates emulate.

As I pointed out during the National Dialogue, in the Guardian of 06 November 2013, in my piece “Four reasons to scrap 1999 Constitution”, the 1999 Constitution is the godfather of corruption, through the immunity clause 308 which protects, and thereby implicitly invites, looting by the highest officials who have brazenly set the terrible example that the rest of society have emulated. However, it ostentatiously declares in Section 15. (5) that ‘The State shall abolish all corrupt practices and abuse of power’, thus giving the false impression that it is for fighting corruption. But it then surreptitiously annuls Section 15(5) by its ouster clause (See fraud No.4). It is a fraud for the godfather of corruption to give the impression that it is against corruption, and the fraud is compounded when it empowers the state to fight corruption but then surreptitiously discourages it from doing so. That’s double duplicity!
Because of this fraud, which makes non justiciable its provision that “The State shall abolish all corrupt practices and abuse of power”, nobody, so long as we have that constitution, can end lootocracy.
—————————
Thirdly, that fraud aside, the cost of seeking office  under the system created by the 1999 Constitution is so high that only looters or those sponsored by and beholden to looters (godfathers) can seek election to any public office at any level—LGA, state, or federal . And Nigerians expect them to end looting when they are elected! You got to be out of your mind or just fooling yourself.
Given that the Constitution has entrenched and institutionalized lootocracy by these devices, if a president–who is sworn to uphold the constitution–attempts to fight lootocracy, he would be breaking his oath of office.

The fact of life is that Nigerians live by “corruption”, they grow rich by “corruption”, or aspire to do so whenever they get the opportunity. At donation time, they celebrate the looters who donate to their cause. And, contradictorily, they can’t do without the pleasure of complaining about “corruption”. That daily ritual is part of their daily entertainment. For these reasons, in Nigeria, any anti-corruption talk is either a joke or a scam.

As far as the political charade is concerned, anybody who wants to get into office and loot the state knows that the way to excite and dupe the people is to pose as an anti-corruption fighter. But when he gets there, as he already knows, he can’t do anything about it because the constitution has entrenched and given protection to “corruption”.

The tragedy is that even those who want a True Federalism Constitution, TFC, didn’t do enough, especially during the National Dialogue, to make the 1999 Constitution the main issue in the public mind. So, “corruption” continues to obsess the public, and regardless of who Jega’s INEC proclaims the winner, the lootocracy is safe, and the looting will go on, and on and on, and so too the clamor against “corruption”, until Nigerians get tired of the charade and face the reality that the 1999 Constitution must be removed as the first step if lootcracy is to be tamed.

Nigerians have showed no interest in a diagnosis of their so-called corruption problem and so have no clue as to its cure. Now again in2015 we have the same old charade. Everybody is shouting against corruption. But no candidate, whether Jonathan or Buhari or anybody else; and no party, whether PDP or APC or whatever else, can end “corruption” in Nigeria under the 1999 Constitution.

Now, people who want to go to heaven but don’t want to die, usually get trapped in hell on earth. And that is where Nigerians have trapped themselves, in their hell on earth of a country. If they want to get out of their hell, they must first get rid of the 1999 Constitution by any means necessary.

Previous JOHESU STRIKE: PHYSICIANS COLLECT FREE SALARIES DESPITE BEING IDLE IN HOSPITALS
Next FEMI DAVIES AND HIS FOOD IS READY STYLE OF JOURNALISM; A GRAVE CONCERN TO US