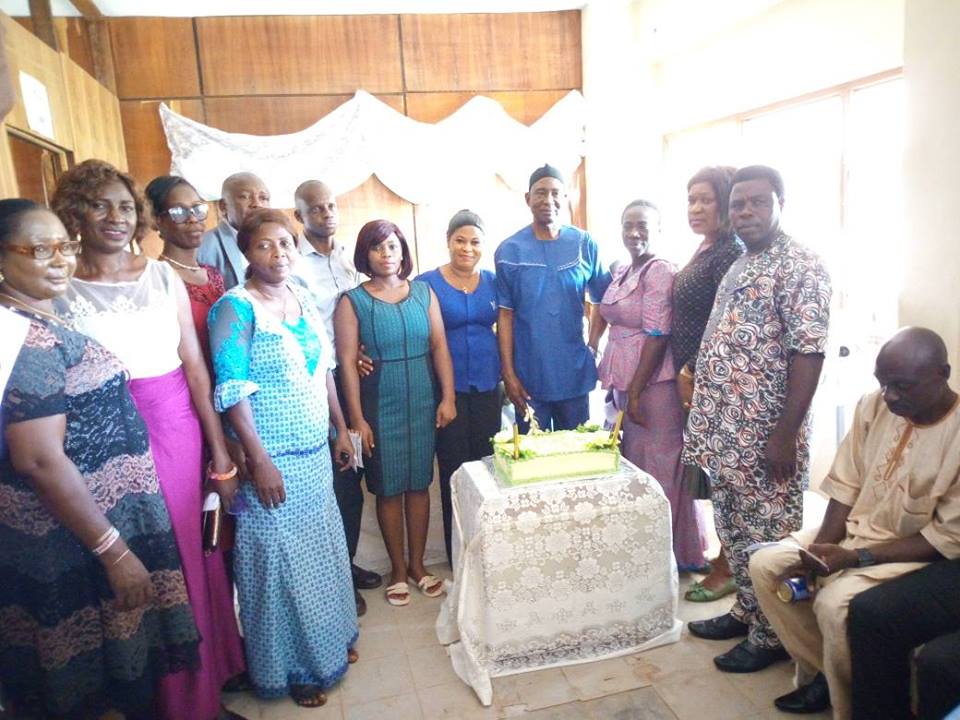 IN JOY, DELTA STATE DIRECTOR OF NATIONAL ORIENTATION AGENCY BOWS OUT IN GRACE

Based on the Federal Civil Service rules, which stipulates 60 years of age and 35 years of service for the mandatory retirement of public servants, the State Director of the National Orientation Agency (NOA), Delta State Directorate, Sir Isaac Ezechi, retired from service on Tuesday, 25 July, 2017. He is expected to hand over the leadership of the Agency to the next most senior officer in the Directorate while the Agency awaits the appointment of a new state director.

Ezechi who rose to the position of Director from that of Deputy Director, Operation, in September, 2013, worked assiduously during his tenure, to reposition the Agency along with its various units and organs into a proactive, knowledge based and activity driven Agency, able to rise up to evolving challenges in our national space.

In a well attended retirement party in his honour, organised by the staff of the directorate, Ezechi expressed his gratitude to the Federal Government for the opportunity given to him to serve the nation as NOA Director and for the support given to the Agency during his tenure. Responding to the honour given to him by the staff, he stated that he was humbled in the sense that this is the first of its kind in the State Directorate of the Agency that a retiring State Director would be celebrated with a retirement party by this multitude.

Recalling his first appointment as Director in acting capacity in 2008, the 1983 University of Ibadan trained economist and astute administrator, noted that he was not the most hardworking or intelligent officer of the State Directorate, but he was a dedicated one and that could be the reason God brought him back as Director through promotion to the apex grade level in the civil service after Political Appointee took over from him in 2009.

Sir Ezechi appealed for forgiveness from anyone whom he might have offended in the course of carrying out his official civil service duties.

Thanking the staff of the Agency for their cooperation while he was in office, Ezechi said he will remain an advocate and ambassador of the Agency wherever he find himself.

He also called on the management and staffs of the Agency to support and cooperate with whoever that will take over from him to enable him move the Agency to another level.

In their farewell remarks, during the free-will speech segment of the evening, Comrades Henry Iloba, Uche Anyabuine, Tracy Ikolomi, Pat Umunna and others, commended Ezechi for his disciplinary nature and administrative style all through his tenure and wished him the best of luck in his future endeavours.

On their part, both management and staff expressed their joy and prayer for the outgoing Director and the incoming while pledging their support for whoever takes over from him for a successful tenure.

Joining the staff in celebrating Ezechi were his wife, friends and kinsmen who came from far and near.

The highlights of the retirement party were presentation of gifts to the outgoing Director, cutting of retirement cake, interactive session and music.

Previous LOSER WHO BEGGED ME TO ADD VALUE TO HIS LOW SELF ESTEEM, PROF UTOMI DRAGS UDUAGHAN TO MUD
Next FEMI FANI-KAYODE, ONYEAGOCHA: BETWEEN WRENS AND THE SOARING EAGLE