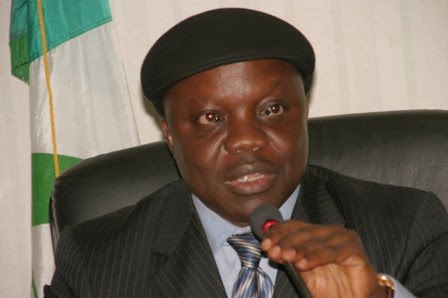 Unless the long arms of the Nigeria law is twisted as it has always been for the so called big men, Delta State outgoing Governor, Mr Emmanuel Ewetan Uduaghan may cool his feet in jail.

Apart from numerous frauds which his regime has committed, revelations coming to the public domain are that he has succeeded in selling some of the State owned properties to himself and cronies.
One of those properties sold at a ridiculous price is the cherished Delta House also named Guinea House. We gathered that the properties was  sold to immediate past Peoples Democratic Party (PDP) State Chairman, Peter Nwaoboshi, who is vying for the position of Delta South Senatorial District.
According to our sources, the property which was valued for N4.7 billion was ridiculously sold to Nwaoboshi for a paltry sum of N805 Million, while similar properties were sold to the governor using fronts such as Solomon Ogba and Otubu.
The same Nwaoboshi who has been part of the looting class in the State since the return of civilian rule was allegedly given contract by the governor to supply mere dustbins for six local government in the Anioma region for an eye popping sum of N2.2 Billion.
All these Secrets Reporters gathered are to make way for the governor to get the ticket to represent his people in the Senate. Political watchmen in the State are of the view that his impending journey to jail is what has made him vow to impose unknown persons in the State as the next governor, to enable his corrupt infested tracks covered.
Text message sent to the State Commissioner for Information, Hon. Chike Ogeah to get official response were not responded to as at press time.