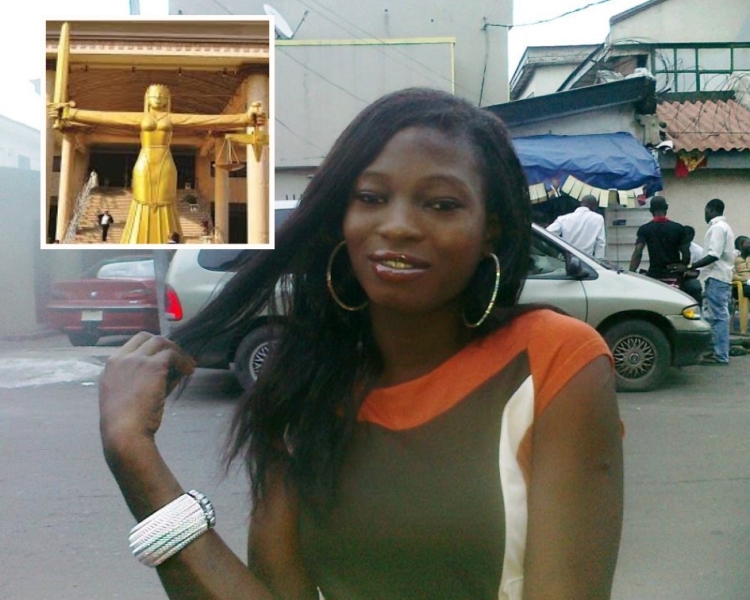 INNOCENT GUILT: HOW 28 YEARS KOFOWOROLA WAS SENTENCED TO 14 YEARS IMPRISONMENT FOR DEFENDING HERSELF FROM AN ALLEGED SEXUAL ASSAULT BY A TAXI DRIVER

Despite the campaigns against injustice in Nigeria, social injustice still prevails in the heart of man, as Miss Kofoworola Saheed may have found herself wrongfully convicted and imprisoned for trying to defend herself from a sexual assault.

Information gathered by SecretReporters revealed that 28 years old Miss Kofoworola, the only child of her parent who hails from Lagos State, in 2011 took a taxi cab to attend a friend birthday party. After some minutes of drive, the driver diverted the car to an unknown route and brought out a knife threatening to stab her if she does not corporate by giving in to his sexual demand. Her refusal was met with a fierce attack as she got stabbed during the struggle with her assailant, in a bid to save not just her life but also to protect her woman dignity she grabbed an object in the vehicle and in self-defence dealt a heavy blow on the driver’s head.

Eventually, the car rolled to a stop and in reaction to her shouts and call for help an Army Personnel came to her rescue but on sighting the near-conscious body of the driver with blood stains in her hands, he called on his colleagues who immediately started interrogating Kofoworola. It was during this process that the taxi driver who had earlier assaulted the victim gave up the ghost. The Military men according to law handed over the case to the Nigerian police for proper investigation but alas she became the assailant as she was accused of deliberate murder by the Police.

SecretReporters gathered that Kofoworola was later charged to court by the Directorate of Public Provocation (DPP) and subsequently remanded in prison custody, where she spent more than 18 months over a homicide case which was clearly justifiable according to the law as she only acted in self-defence.

She was handed a bail in September 2012 and was mandated as her bail terms to always appear in court for the hearing of her case which she never for once violated. On March 2015, the presiding Judge Justice Deborah Oluwayemi found her guilty of the charges brought against her by the prosecuting counsel and sentenced to 14 years in Prison.

Our prison sources disclosed that Kofoworola who daily laments how she has lost her business, her 10 years old child and the poor health and living condition of her parent however reiterated her faith in the judicial system despite her displeasure over the appeal she put up in the case as the lawyer she paid to represent her made away with the fees and never showed up in court.

SecretReporters also learnt that from subsequent police investigations, Kofoworola might actually be innocent as similar incidents had occurred and were reported involving the dead taxi driver who allegedly takes advantage of ladies he picks.

The Chief Judge of Lagos State we learnt from a reliable source will over the week be visiting the prison to release certain individuals as concerned Nigerians hope that mother lucks smiles on her.