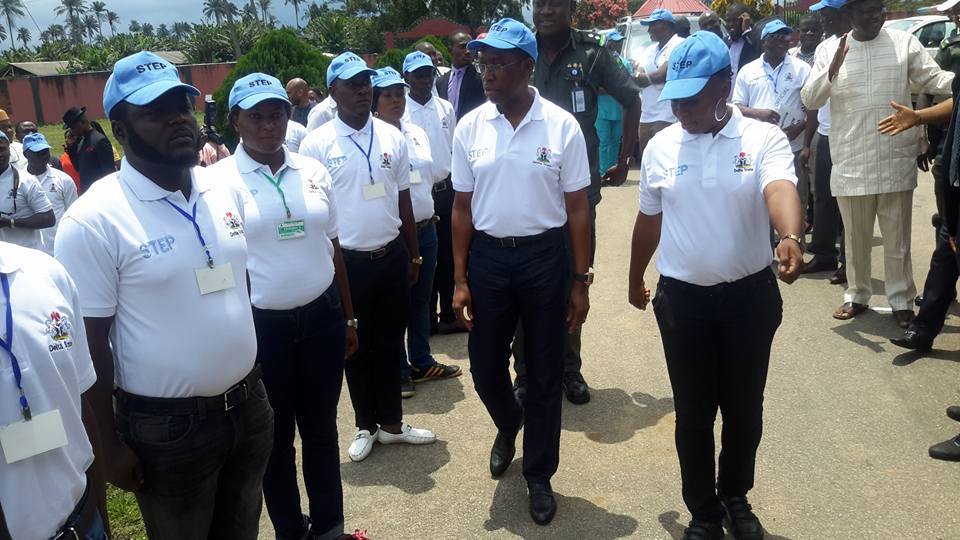 Secret Reporters
In what could be regarded as an all time scam in Delta State in recent times, Secret Reporters have discovered that, the much talked about empowerment programme in the Gov. Ifeanyi Okowa’s administration is turning to a big scam, through which some highly placed individuals enriched themselves, without the knowledge of the governor who initiated the laudable program.
As irregularities, corruption and deceits trails YAGEP and STEP prosperity program of the state government, mute has remained the word from those who should be concerned.
From our findings, the scam programme which includes, YAGEP and STEP, was introduced by Okowa to curb the level of youth restiveness in the state, and also unemployment.
These programs are currently enmeshed in irregularities, as officials of the Delta State Government have diverted the millions which were earmarked for the programs and also diverted food items to unknown destinations.
We have also been reliably informed that the trainees in YAGEP and STEP have been starved of food because according to the participants, officials come with trucks at nights to pack the food items that is been brought during the day, without no one challenging them.
The participants have been told by the officials, to look for a shop that is less than five thousand Naira (N5,000) in amount per month, as anyone higher than that will not be paid by them. One of the trainees who spoke with our reporter in Delta State said, “In real sense, one can hardly find a shop with such meager sum, yet they expect us to be suffering on the streets. Can you rent a shop of N5,000 in Asaba or Ughelli”, she bemoaned
There have been ethnic colourations in the YAGEP and STEP programs, as trainees are aggrieved with the officials over unfair treatment. Those from Bomadi, Patani and Ika are given better treatment that those from other ethnic groups as those training the participants are mainly from there.
Despite collecting billions of Naira in loan to fund the program, the Okowa’s administration has paid lip service to the continuous scam that trails officials and organizers of the YAGEP and STEP programs.
We also gathered that, the Delta state Government officials are bent on reneging on the initial arrangement that participants of YAGEP and STEP program were assured of, which included the renting of a shop and which was to be equipped for them by the state. They have told the participants that only starter packs will be given to them, while they source for the finance to kick start their own businesses. This is against what they were earlier told, as they are meant to be given cash and starter packs.
Meanwhile, the monthly transportation of Ten Thousand Naira which is supposed to be given to them, has also been diverted to private bank accounts by the officials of the job creation office, as only few of the participants were paid, leaving seventy percent of the rest to cater for their transportation.
There is a likelihood of protest in the coming days, as the programme comes to an end this week over irregularities, just as there was protest on Tuesday by some aggrieved youths who came into the lecture hall to disrupt the program, over this monumental fraud taking place.

Previous YET ANOTHER BLUNDER; AS PRES. BUHARI SNEAKS IN 280 MILLION NAIRA INTO 2016 BUDGET TO GIVE FOREIGN WRITERS WITHOUT REASON
Next GOV. OKOWA’S EMPOWERMENT SCHEME TURNS SCAM, AS TOP GOVERNMENT OFFICIALS DIVERTS MILLIONS, MATERIALS AND FOOD MEANT FOR TRAINEEES