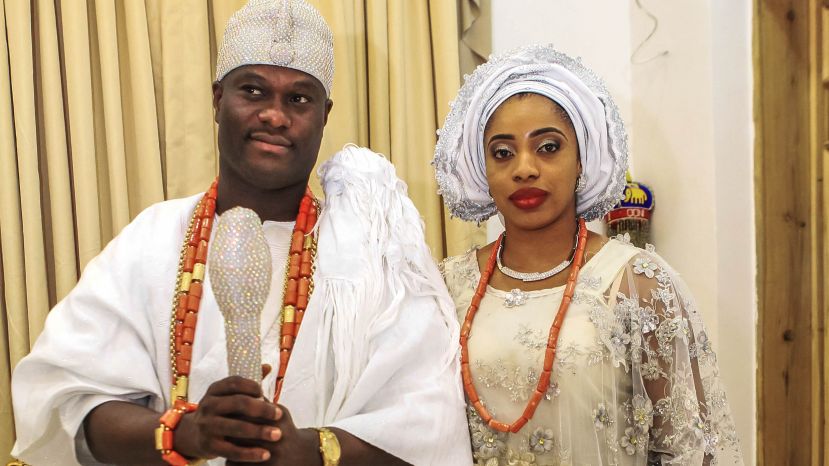 Reports reaching us reveal that Ooni of Ife, Oba Adeyeye Ogunwusi’s wife, Olori Wuraola Ogunwusi has moved her belongings and properties from the palace amidst breakup rumours.

Society Reporters NG, reports that the Oba’s wife, Olori Wuraola, has moved out of their matrimonial home. And the King is presently working making plans to announce his next Olori in the next few days; our source hinted us.

According to Society Reporters NG, details of the true problems allegedly affecting their marriage is said to be too dirty to be published online, while some are spreading rumors of infidelity, others are of the opinion that it was due to lack of respect to the throne from the Olori, but Society Reporters gathered that none of the above was closer to the reason why this marriage hit the wall.

According to our confirmed reports, trouble has been brewing with the Ogunwusi’s for some time now, and Olori Wuraola has moved out of her matrimonial home, shortly after many misrepresentations were peddled against her by the media and social media platform.

“She even tried to have endured till this time, she is really a super woman, going by what she faced from the very first month into this marriage”, a palace source told us in tears.

Many did not know the truth about this whole marital crisis, but Society Reporters Ng can authoritatively inform you that Olori Wuraola moved out all her belongings from the palace yesterday Saturday 19 August,2017.

Our very dependable source also told us that the Ooni of Ife, Oba Adeyeye Ogunwusi did not hesitate to allow them move the properties with the truck that came for them, as we leanrt that they were even supervised till everything was moved.

“This marriage is not even up to 2 years, and see the way they have brought disgrace to the throne and position of the Ooni of Ife stool” an insider from the palace confided in us ashamedly.

We will definitely keep you updated as we dig deeper to unveil other reasons that led to this royal breakup.

Previous MAFIA: HOW TOP RANKED POLICE OFFICER CONNIVED WITH TUNDE AYENI AND OTHER CROOKS TO BANKRUPT ASO SAVINGS AND LOANS
Next THE GOOD NEWS FROM SOVEREIGN WEALTH FUND