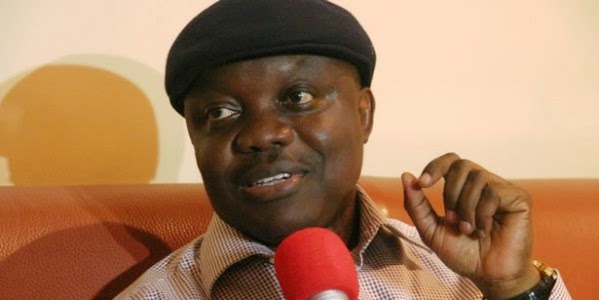 FMR GOV EMMANUEL UDUAGHAN @ 62: THE LESSONS HE MUST HAVE LEARNT OUT OF POWER

Let us celebrate the occasion with wine and sweet words.
Plautus

In 2014, I can still remember vividly former Governor Emmanuel Uduaghan of Delta State celebrating his birthday, with pomp and pageantry, glitz and glamour. That day was his in Nigeria; shining as the most prominent political figure to be celebrated that very hour.

He was celebrating his 60th year birthday. I remember that day because it was the moment of the tense Peoples Democratic Party (PDP) primaries campaign and the heat was on. On that day of his celebration, I was in my hotel room, when I penned down one of my most famous works to him, urging him to give Deltans a birthday gift by handing over power to the current governor, Senator Ifeanyi Arthur Okowa. I remember that day, because while others were watching the live streaming of Uduaghan’s birthday lectures, I chose to watch the historic cutting of tape of the Akwa Ibom Nest of Champion Stadium. It will ever be a day to remember.

Today, Uduaghan is 62 years. I sent people to the Newspaper stand to check how many pages of newspapers did prominent Deltans take just to congratulate him on his new age, and the outcome was not impressive. Unlike in the past when he was governor and political businessmen and Buccaneers buying almost all the pages of Vanguard Newspaper just to congratulate him; we saw none of such today. Who is this man Uduaghan?

My relationship with him happened after the general elections in Lagos State. From a distance, I judged him as a journalist and a critic. I scored him very low in his performance as a governor. But today, the score may be different, depending on the prism through which I look through it.

My privilege to be close to the corridors of power; the same seat Uduaghan sat on, has given me a different view of judging Nigeria leaders. Being close to a governor, I have come to understand the power of sycophancy, which envelopes almost all leaders and eventually consume those who cannot break free from it. Uduaghan was a victim of such sycophancy, surrounded by the worst persons that ever had access to power.

Out of government, we have built a strong bond of father and son, confidante and adviser. Our relationship has grown so deep that I have come to understand him more as a person than as a former governor, who did no good in my eyes. This relationship is built solely on trust and confidentiality, on fatherhood and sonship and not on any financial benefits.

This relationship is what has put me in a better position today to access Uduaghan at 62 as a person and not as a former governor. On this day that he celebrates, I am proud to say publicly that he meant well for Delta State and still means well for Delta State but is a victim of the recklessness of his political aides, who took his gentility for a ride and devoured our common patrimony. Without his full knowledge, they brought memos for him to sign, meaning well; and when he signed, they went back to implement another thing. I do not absolve him of the political mistakes, for the bulk stops at his table and should naturally bear the consequences, but Uduaghan is a good man.

My close knowledge of him reveals him to be very soft in heart, actions and words. His mien is simply that of peace and would rather let his personal desire and ambition fade away for the general peace of people. I have personally experienced it.

In 2016, I was under pressure by my wife to give her sister who has a First Class in Banking and Finance a job in Access Bank, after she made it to the last fifteen selected candidates. The only hurdle remaining was the task of sourcing for some amount of money for new accounts. I was not ready to stake my company’s account for it due to the condition attached and had to look for alternative.

I thought of two names to use in crossing the hurdle; Uduaghan and Onofiok Luke who is Speaker of the Akwa Ibom State House of Assembly. I settled for Uduaghan and told him exactly what I want. Right in my presence, he made the phone call, that broke all protocols and today alongside the help of Sunny Onuesoke, my sister in-law is about rounding up her training as one of the best candidates of Access Bank School.

Few months after that, Secret Reporters did a negative report on him. Did he get angry? No. In his usual calm manner, he explained the real situations of things to me, which the reporter never looked into. That is Uduaghan for you, looking for peace than war; even though he has the capacity to wage a war and see it to finish, without probably losing it.

This can explain why we never had cases of militancy and insurgency during the eight years that he ruled; neither were there security challenges in any part of Delta. If given another chance to lead Delta again, Uduaghan at 62 will do things differently. He will leave better legacies like the Asaba Airport he built from scratch to finish. If given just one more term to govern again, I am very sure many of those he appointed won’t even make it as his councilors.

At 62, life must have offered him new pair of eyes to see things objectively and open mind to accept what critics like us saw and criticized. At 62, Uduaghan has seen all in life and like he once told me; “I never thought I was ever going to be a governor in my life”, but providence handed him the position on a platter of gold and he deserve to celebrate yearly.

At 62, he has just eight years to the biblical age of living, and must be preparing to get his boarding pass home, BUT on this day while he lives; I owe a duty to tell him what he has done wrong to many political leaders and ordinary Deltans that they were not bold to tell him.

His Excellency current troubles are as a result of not keeping to promises. A promise is a debt hanging on your neck forever, which if not paid now to those you made it to, will be paid at the other world. This is his albatross and a heavy cross he must lift off his shoulders as he get very close to exiting this world to meet the creator.

At 62, he is still as fit as a fiddle and must be reflecting on his life. His political life as a governor will forever be his judgment. May the judgment of the unborn Deltans record him well in history book when roll calls of Deltans that touched lives are called. As he begins another journey of life, may more years to celebrate arrive his doorstep. May his name not be wiped away and his good deeds speak when it matters most.
Happy Birthday Asamaigor.

Fejiro Oliver is Editor In Chief of Secrets Reporters News, Investigative Journalist, Media Consultant and Human Rights Activist can be reached on +2348022050733 (SMS ONLY) or secretsreporters@gmail.com. Engage him on twitter on @fejirooliver86.

Previous WHO IS AFRAID OF KADUNA MAFIA?
Next DETERMINE TO FRUSTRATE NIGERIANS AFTER ROUND TRIPPING AND SELLING DOLLARS AT BLACK MARKET RATE, GTBANK REDUCES NAIRA MASTERCARD DOLLAR EXPENDITURE LIMIT TO $100 A MONTH {PART ONE}