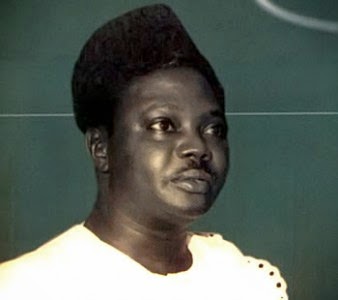 As part of the activities lined up for 40th anniversary of the demise in office of General Murtala Ramat Muhammed, the Emir of Kano and former Governor of Central Bank; Sanusi Lamido Sanusi will be leading the Jumat prayers at the MASSALLACIN MURTALA in Kano State on the Friday, February 12, 2016.

This is considered a rare occasion given that the Emir of Kano traditionally leads prayers in Kano Central Mosque as the leader of Kano Emirate. This gesture is seen as an act in honour of the memory of the former Head of State and Commander-in-Chief of
the Armed Forces of the Federal Republic of Nigeria.

It will be recalled that the Emir Sanusi spent part of his growing days under the watchful eyes of Murtala who was his guardian during his Kings College days in Lagos. It is from him he imbibed the core value that has helped shape his life.

Aisha Oyebode, the Chief Executive Officer of the Murtala Muhammed Foundation (MMF) who announced the programme of event on behalf of the family stated that her father loved his country so much and was very passionate about the Nigerian project. In
her words: “My father, General Murtala Muhammed believed in the corporate existence of Nigeria and called on all Nigerians to be dedicated and make sacrifice in achieving greatness for our beloved country”.

General Muhammed’s ideals are as relevant to our current challenges and aspirations as they were during his time. Our country Nigeria is contending with tensions arising from the activities of micro-nationalistic agitators, threatening to compound existing security challenges occasioned by the Boko Haram insurgency that has caused fatalities in excess of 15,000 people and displaced over 2 million people.

The late former Head of State of the Federal Republic of Nigeria was a foremost Pan-Africanist who placed Africa at the centre of Nigeria’s foreign policy and mobilized support for the liberation of other African countries from apartheid, colonialism and neo-
Colonialism. In Nigeria, his administration fought corruption and indiscipline, while pursuing peace and security within our borders – he was a firm believer in a peaceful and united Nigeria within an integrated and prosperous Africa.

On the home front, his administration fought corruption and indiscipline, while pursuing peace and security within our borders – he was a firm believer in a peaceful and united Nigeria within an integrated and prosperous Africa.

The Murtala Muhammed Foundation (MMF) is a non-governmental organization (NGO) with a vision to improve the living conditions of Africans by contributing to reduction of poverty and limitation of conflict, while promoting self-reliance and self-fulfillment. H.E. Chief Olusegun Obasanjo, GCFR, former President of the Federal Republic of Nigeria is the Chairman of the Board of Trustees.

Previous YOU ARE SUFFERING FROM LOW LEVEL EDUCATION; DAKUKU PETERSIDE BLAST PDP CHAIRMAN
Next 2016 FRAUD BUDGET: STOP MY CCB TRIAL OR I FRUSTRATE YOUR GOVERNMENT; SARAKI SNEAKS INTO VILLA TO TELL BUHARI