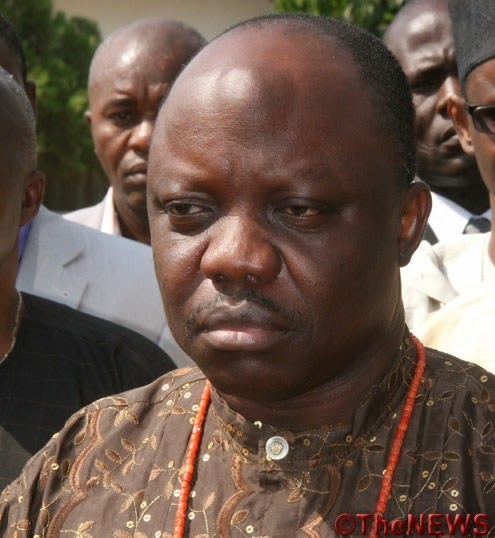 DISGRACED BY THE GODS: IBORI AND OKOWA CAUSES EX GOV. UDUAGHAN TO RUN OUT OF DEMOCRACY DAY CELEBRATION OUT OF SHAME

The event which took place at the famous but over priced event centre, Asaba brought all the political players together, which included the 1999-2017 democratically elected Governors and their Deputies.

According to a source who was present at the event; the crowd went wild as soon as the incumbent Governor, Mr Ifeanyi Okowa came inside. When his predecessor, Mr Emmanuel Uduaghan strolled in, it was like no one entered the hall as the crowd didn’t even make a single noise to recognize his presence. He went quietly to his seat with his head bowed.

Few minutes later, Mr James Ibori was seen entering the venue, which sent the whole place into jubilation with the shout of “Odidigborigbo” renting the hall. Uduaghan was just moping like someone who had just seen a ghost and watching the celebration of Ibori before his eyes, another source added.

While almost all the Speakers eulogized Ibori and Okowa for being good political leaders who have nurtured loyal followers, no one made mention of Uduaghan. “It was like he never existed despite sitting in the front row in between Ibori and Okowa”, relayed a source.

Out of anger and frustration, he carried his little belonging like a little demon chased by Holy Ghost fire and left the praise service.