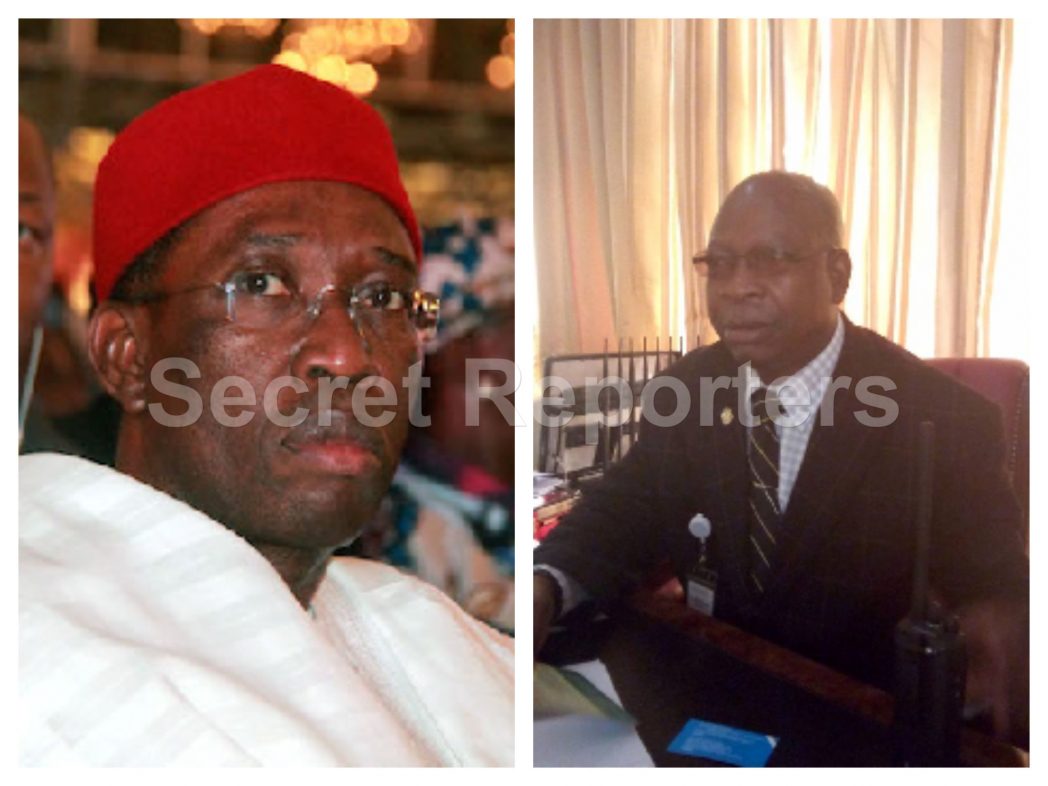 CURSED FROM THE GRAVE: THE MESSY DETAILS OF OKOWA’S CSO LAWRENCE OGOEBULEM FRAUDULENT DEALS IN GOVERNMENT HOUSE THAT TURNED HIM INTO OVERNIGHT MILLIONAIRE – PART 1

The year was 2015; Ifeanyichukwu Arthur Okowa had just come into power as the Governor of Delta State and no one was more trusted to be the Government House Chief Security Officer (CSO) than his Ika kinsman, SP Lawrence Ogoebulem. What the governor never knew is that the CSO has his genes soaked in corrupt practices, right from his days as Divisional Police Officer in Isoko where he was alleged to be among the team of racketeers who extorted residents and motorcycle riders of illegal tax

Multiple sources confided in Secret Reporters that immediately Okowa assumed office, various security agencies deployed their personnel to DTGH but the governor who did not want to be associated with too much security details asked the heads of the various formations to prune them down through Ogoegbulem.

The sources alleged that the CSO truly sent some of the security men back to their base but still secretly used their names to draw allowances accrued to them for up to five months which angered the finance and account staffs in Government House who threatened to expose him.

In 2016, one of the Mobile Policemen attached to Okowa lost his wife during child labour. He requested for assistant from the Governor who approved the sum of N300,000 through the CSO for him to convey the corpse back to the village  but Ogoebulem allegedly gave out only N100,000 and pocketed the rest.

We gathered that this action irked the protocol officers who heard it and the news went round to the cooks and security men, who all gathered and placed a curse on anyone who embezzled money meant for the dead.

One week later, the curse according to one of our sources nearly took the life of the CSO who was involved in a serious motor accident as he was allegedly taking part of the money to pay his site workers building a multi million Naira mansion for him in Owa Alero.

“Since 2015 Lawrence has been shortchanging security men in government house. He also posted many security men originally deployed to government house to guard private individuals who he collects protection fee from every month, while Okowa pay the security men thinking they are working for him, unknown to him that the CSO is using them to make money. The IGP should also know this”, one of the sources told this medium.

In less than three years as CSO, multiple sources confirmed that he has become a millionaire, with palatial mansions spread across Asaba. He is alleged to be the owner of the house at close of street off the road opposite midwifery market, Okpanam road. He has also built a recent one off Ibusa road by immigration office. He is also alleged to own an upstairs in BB Owa.

Secret Reporters had earlier exposed the CSO diversion of some top Police Officers fund, which didn’t go down well with him, leading to his conspiracy with Okowa’s nephew who is also the SA on Domestic Affairs, Mr Victor Ebogboni, to issue a restriction order from Government House to the Editor In-Chief of this newspaper.

Born April 14th 1962, the CSO will be retiring from the Police Force on October 31st 2017. Attempts to reach him on his mobile number 08035742*** proved abortive. We learned that he is currently in UK where his son is undergoing his Masters Degree programme. He’s there on medical ground as a result of the accident he had following the curse allegedly placed on him.

Previous CAIRO OJOUGBOH DEFECTION TO APC, GOV. OKOWA COMICAL LEADERSHIP, PDP SINKING SHIP AND THE UNTOLD FACTS.
Next BETRAYED BEFORE THE COCKCROW: GOV. AMOSUN ‘GIRL’ KEMI ADESOUN WHO HE MADE FINANCE MINISTER TURNS AGAINST HIM