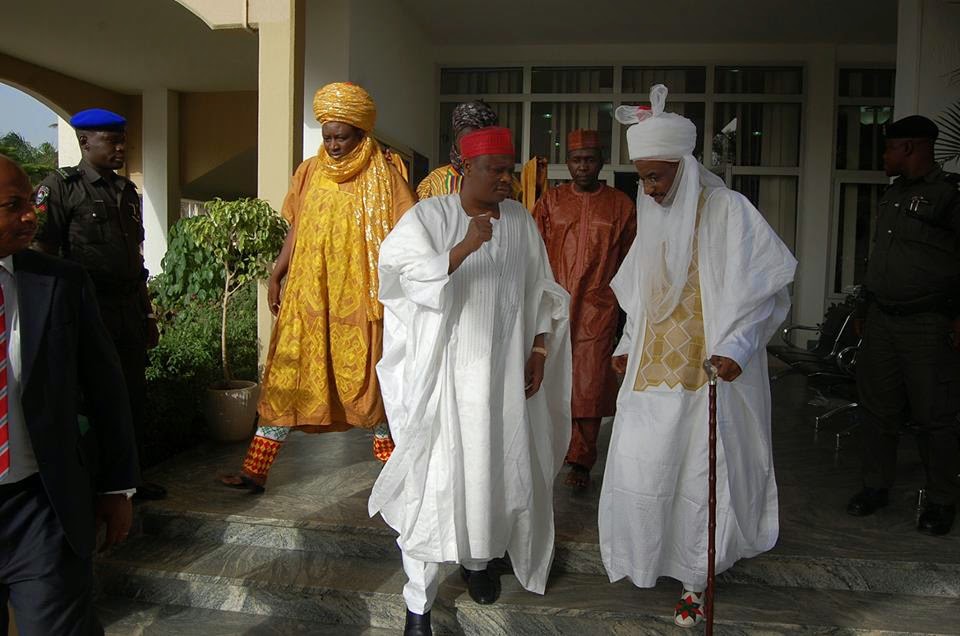 CRISIS BREAKS OUT IN KANO OVER SANUSI LAMIDO EMERGENCE AS EMIR

Information reaching Elombah.com from Kano State is that the state has been turned into a crisis zone following the announcement of former Central Bank of Nigeria (CBN) governor, Sanusi Lamido Sanusi as the new emir of Kano.
We gathered that the youths allegedly sponsored by the Peoples Democratic Party (PDP) and loyalists to the first son of the deceased Emir, Sanusi Ado Bayero set bonfires around Kofar Nassarawa, which leads to the states government house. The bonfire is also set around the Emir’s palace.

As at the time of filing in this report, some section of the state has been abandoned by residents, while security officers have been deployed there to quell any insurgence. Motorists’ driving around former Silver Jubilee round-about has attached green leaves to their windscreen as a sign of peace.
They are protesting the rejection of their candidate whom the PDP is also supporting
The supporters of Sanusi Ado Bayero, the son of the late Emir of Kano, who was defeated by Lamido Sanusi to emerge the emir of the ancient city, have taken to the streets to protest the rejection of their preferred candidate.
The Secretary to the Government of Kano state, Rabi’u Bichi, had earlier announced the selection of Mr. Sanusi as the new emir of Kano after he was recommended by the Kano Kingmakers and approved by the State governor, Rabiu Kwankwanso.
“Under state customary law, the kingmakers comprising the Madaki, Sarkin Bai, Makaman and Sarkin Dawaki Maituta had sat down and forwarded three names to the government to choose the one that will succeed the Late Emir Ado Abdullahi Bayero. Out of these three names the government has approved Sanusi Lamido Sanusi, the Dan Majen Kano, and former Governor of Central Bank of Nigeria, CBN,  as the new emir of Kano,” the SSG had annpunced thereby ushering Sanusi Lamido in as the new Emir of the State.
A source in Kano State told our reporter that the PDP is behind the mayhem.