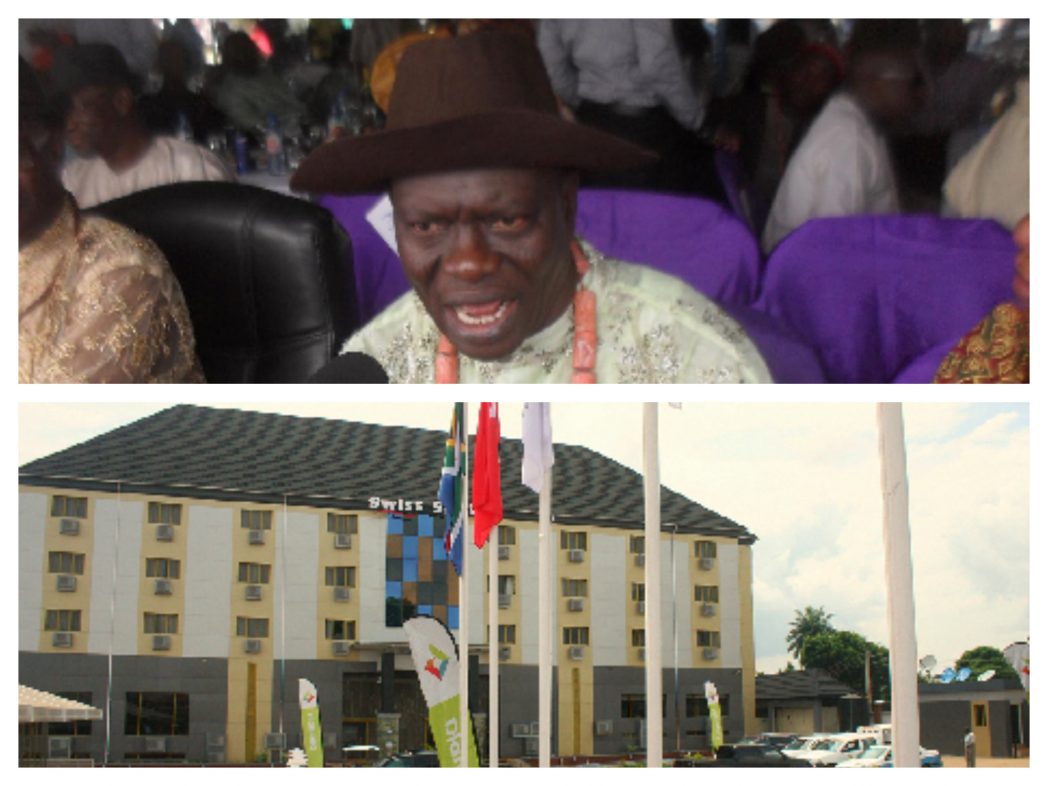 ANOTHER THIEF TO GO DOWN: DELTA STATE WAREHOUSE AND SWISS SPIRIT HOTEL FRAUDULENTLY OWNED BY FMR SSG OVUZORIE MACAULAY TO BE SEALED OFF BY EFCC

The Economic and Financial Crimes Commission (EFCC) radar on Delta State is far from being over, this medium has reliably learnt.

Following the massive looting that took place under Fmr Governor Emmanuel Uduaghan by his and his cabinet members, especially his Secretary to the State Government, Ovuzorie Macaulay, the EFCC has decided to look into the avalanche of petitions submitted by various groups and individuals from the state.

One of those currently being investigated is the former State Peoples Democratic Party (PDP) Chairman, Mr Peter Nwaoboshi representing Delta North in the Senate. The Guinea House he illegally bought from the state has been sealed off by the Commission.

Another on the list is Macaulay who was the engine room of the looting power house as SSG. Coming into government as a wretched soul; he acquired multi billion Naira properties for himself and allegedly built a duplex for one of his mistresses called Amaka close to his own residential building in Asaba.

He bought the biggest warehouse in Lagos owned by Delta State for a paltry sum of money just like Nwaoboshi bought Guinea House. Sources disclosed to Secret Reporters that he has also begun the renovation of the property.

Apart from the Warehouse, he used money stolen from the state coffers to build a multi million Naira franchise hotel called Swiss Spirit Hotel and Suites Mardezok along Okpanam road, Asaba, meant for the elites in town. He is the first to get the license for the Hotel in Nigeria with the second one in Port Harcourt.

We gathered that the EFCC are closing in on these properties along other ones he acquired using public funds.

Before his coming to government, he was a pauper who could hardly afford three square meal, sources said, but looted the Delta State Board of Internal Revenue through and the State Government, that he became so wealthy. He is hated by his Isoko people for not attracting development to the community despite his influence in the past government.

Previous MADNESS BEGINS: SENATOR NWAOBOSHI RUNS TO ASABA HIGH COURT TO OBTAIN INJUNCTION AGAINST EFCC FROM FURTHER SEIZURE OF PROPERTIES BOUGHT WITH STOLEN FUNDS
Next PROGRAMMED TO DIE: FMC ABUJA BEGINS SELLING OF IMMUNIZATION THAT SHOULD BE FREE TO KIDS TO STOP POLIO.