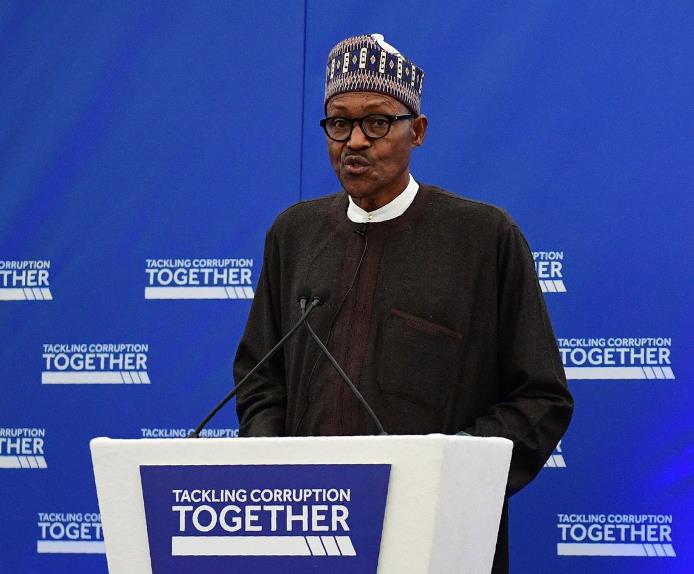 In the book titled, Summa Theologiae, Thomas Aquinas, stated that judgment may be considered lawful if the judge meets these conditions; follows justice, has authority, and does his duty prudently.

According to him, if a judgment fails of justice, it is unjust or perverted judgment. If it comes from one unauthorized to hand it down, it is a judgment by usurpation. And if it comes from imprudence –by reason of dubious evidence, improper motive etc –it is called suspicion or rash judgment.

Despite these universally adopted/domesticated guidelines against the unjust and rash judgment, Nigerian youths were, however, for the first time in the history of their existence recently received from President Muhammadu Buhari an unpalatable judgment that fell short of the above conditions.

Mr. president while attending an international function, stated among other things that; ‘a lot of them (Nigerian youths) haven’t been to school and they are claiming, that Nigeria has been an oil-producing country therefore, they should sit and do nothing and get housing, health care, and education’, a remark that Nigerian youths and vast majority of other Nigerians received with disbelief, grief, and rage.

Though inoffensive and good intentioned in the estimation of our dear president and his aides, but to the Nigerian youths and of course, vast majority of Nigerians, what is baffling about this remark is Mr. President’s choice of such a day, time and Venue to pass such a comment on the youths despite their unquestioning obedience to his personality and administration since 2015.

Aside the above, the biggest flaw associated with Mr. President’s table of ideology, In my views, is accentuated in the mirroring of Nigerian youths as irresponsible and visionless in the estimation of the right-thinking global audience; a state of affairs that has further confirmed the deep-seated fears among the youths that the Federal Government may afterwards not be feeling the pinch the ordinary Nigerians are made to stoically endure.

For discerning minds, the remark was further marred, as it was reputedly targeted at defending the government’s inability to provide employment to the teeming youths, thus, resorting to attack as best form of defense.

Certainly, the statement as part of its ills, has propelled many down the highways of doubt about the government’s sincerity in providing a creative leadership while amplifying the worries nursed by others that, the FG is allergic to accepting its past political mistakes, and not disposed to having its political future discussed; a posturing which many described as a bad morale and uncharacteristic of a responsive and responsible leadership.

To further put things in perspective, it may, however, not be impossible that Mr. President contrary to his handlers claim may afterward be unaware of the present realities  of the youths under his care as  majority of the  leaders in  Africa   are ‘insulated by protocol’

If not, Mr. President should have known that  Nigerian youths as currently postured the world over represents a generation that is well- able, well – informed, and of the good company despite immense odd created by our poor educational sector and mismanaged economy; they have become successful even to the admiration of the global audience.

Still, on the sunny side of our youths, we have in the recent times witnessed Nigerian youths at the corporate world and development organizations demonstrate an intimidating degree of self-confidence, competence, industriousness, and are well read and well briefed on every side; functioning as great representatives of this great nation.

But,  regrettably, this information gap demonstrated by Mr. President via the comment, has again, brought to the fore, and understandably raised/ lend credence to the speculation among the youths that their leaders  have only paid but  lip service to alleviating the real condition of the poor, the deprived, or get into their lives and participate in their struggles.

To the youths and majority of Nigerians, this particular remark and other sordid outings have made the masses to view the presidency as a reality that Nigerians should worry about.

Viewed differently, this turn of events in my views did not occur by accident as occupying a political position in Nigeria and Africa translates to privileges, and privileges translates to perks for the family, relatives, and friends. If this is the prevailing condition around Mr. President, how would he know what other youths go through daily, occasioned by mal-administration?

Comparatively, whatever the true intention of Mr. President may be, will not in any form erase the universal belief that like a slum, illiteracy in any nation is propelled by the government’s failure to do the right thing.

Essentially, to such comments, adequate replies are inevitable as critical minds have since viewed it as a position that is riddled with incongruence and likened with the proverbial opening of a paradox box; as Nigerian youths should be the ones doing the criticism over the government unfulfilled ‘change’ promise.

As an illustration, a view of the nation’s educational sector will reveal a sector that has suffered a great deal of ‘reluctant respect’ from the successive administration, which has turned the sector unattractive and moribund.

This and other sordid reasons bothering on not-too-healthy economy explained why most graduates of Nigerian universities seem unemployable despite their willingness to work.

PMB by the statement has markedly admitted the position as conversed by Bill Gates during his visit to the country where he called on our leaders to deepen their commitment to human capital development in the country; a call that was roundly criticized and subsequently rebuffed.

However, despite the shortcomings associated with the remark/administration, it is my firm believes that providing a people-purposed leadership that will acknowledge the true situation without being competitive or aggressive is possible.

To redress the situation, therefore, I submit that the FG should first, learn to take responsibility for actions and results. Be accountable where previous administrations were not, and tell the truth about their failures; to enable them to transform defeats into progress.

Previous MORTUARY ESCAPE: DELTA COMMISSIONER FOR LANDS CHIKA OSSAI ALMOST LYNCHED TO DEATH FOR GIVING STATE LANDS TO HIS GIRLFRIENDS AND CROONIES AS GIFTS
Next THE FUTILITY OF THE BAN ON IMPORTATION CODEINE AND MANUFACTURE OF CODEINE CONTAINING SYRUPS