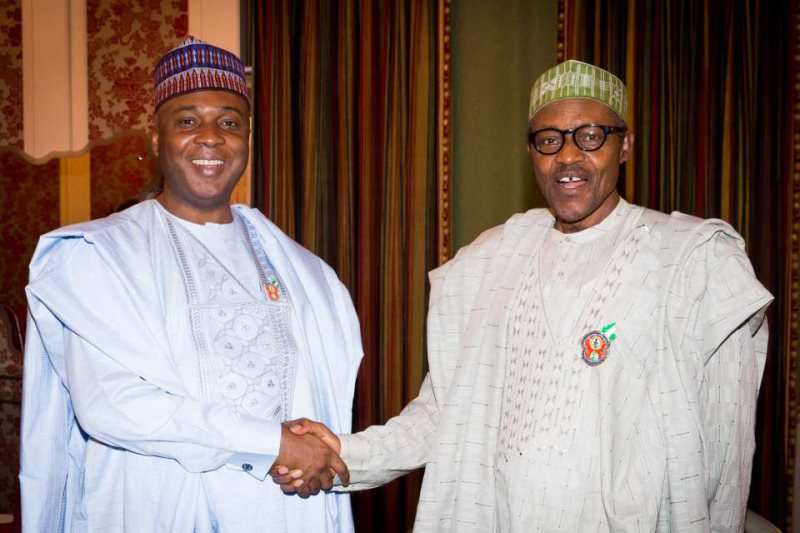 RUMBLE IN THE SAVANNAH

There is a tide in the affairs of men, which taken at the flood leads to fortune. Omitted, all the voyage of their life is bound in shallows and in miseries. On such a sea are we now afloat. And we must take the current when it serves or lose our ventures. – William Shakespeare

Whichever way we look at it, events of Tuesday, July 24th, 2018 will have seismic effect on the 2019 elections and probably beyond.

In politics they say, there are no permanent friends, but permanent interests. A rump of APC legislators defected to PDP threatening APC’s control of both chambers. This is the height of the mass defection fever that has gripped the country for months. At least, we have reached the crescendo, the dust will now settle in the next few months and then we will see who has bitten the dust and who is left standing. The body polity is seriously heated; old alliances are being broken and new ones being made. It’s all about gains and wins for politicians, as they switch camps and cross carpets. Alas, where is the gain for the ordinary Nigerian.

Most of the politicians cross carpeting are those who abandon PDP at the twilight of the Jonathan administration. Now that they are finding APC uncomfortable, they are on the move again, indeed a leopard cannot change its spot. If they keep their seats, it will be rather unfortunate as it incentivises such treacherous moves in the future. The law needs to be amended such that anybody elected on the platform of a party must vacate the seat and stand for election as either an independent or a candidate of another party if that person decamps from the party on which elected. This will strengthen our democracy and instill discipline into erring politicians. As long as we allow cross carpeting without implications, it will continue to destabilise our democratic structures.

We have a serious battle at hand; the realignment has redrawn our political terrain into the old order with the progressives facing off the conservatives. For the first time in our history though, the progressives are on the backfoot and facing a fight for survival.

There are two principal strategists at work here.

Asiwaju is the titan bestriding our political landscape like a colossus. There is only one Jagaban, I make bold to say any other pretender is a fake. From his base in Lagos State, he has developed a team of competent and proven technocrats who have gradually fanned out across the South West – a testimony to his uncommon ability to attract and retain the loyalty of many successful professionals. He has always been the man who provides succour for embattled and cheated politicians of all shades and colour. A cult like following amongst the masses has given him the winning touch. His political sagacity leaves you in awe.

Saraki is a deft, calculating and affable character. He has an army of acolytes who have shown time and time again, their focus is material benefit and gains. Saraki has displayed an uncanny ability to wrong foot the ruling party, consistently beating them at the game. His survival instincts are legendary. With huge financial war chest, they hope to wrest power back and enthrone their dubious and corrupt practices again. Their antecedents are grim, an elitist group bereft of any serious idea or plan to address the issues facing the country.

As the two Generals marshal their armies for the showdown, all bets are off.

Will Omo Oloye will be finally humbled and cut down to size by the master strategist, coalition and consensus builder??

Will the ascendancy of the progressives be brutally cut down by an unholy alliance of conservative brigands??

This is a formidable rumble in the Savannah.

At the end of the day, the people of Nigeria decide.

Previous WASTED FUNDS: 19.5KM ROAD WORTH 750MILLION CONSTRUCTED BY GOV. OKOWA COLLASPE UNDER ONE MONTH AND TWELVE DAYS
Next BANK FROM HELL: HOW UNION BANK ROBBED CUSTOMER OF 4.1 BILLION DESPITE PAYING OFF N1.3 BILLION LOAN THEY COLLECTED