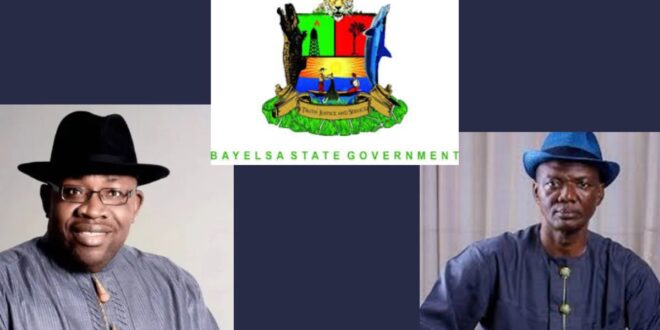 It was discovered that Senator Seriake Dickson, while serving as a governor of Bayelsa state in 2019, awarded a contract, through the Commissioner of Ministry of Works and Infrastructure, Ewhrudjakpo Lawrence (current Deputy governor of Bayelsa state), to OYIN IMOMOEMI for the construction of Stadium on January 1st 2019. The project was financed from the 2019 Budget.

This project never saw the light of day as SecretReporters’ investigation showed that no stadium was constructed in Bayelsa State from 2019 till this day. SecretReporters gathered that the only stadium in Bayelsa state is the Samson Siasia stadium, which was formerly known as Yenagoa Township stadium. It was named after Samson Siasia, following its rededication in 2009.

Speaking to our correspondent about a stadium constructed by the administration of Seriake Dickson, a resident of Bayelsa state, said, “No new stadium was built by Seriake Dickson in Bayelsa state, that man is a thief. The only work that was done relating to Stadium in the state was the renovation of the Samson Siasia Stadium, and the renovation was carried out in 2018.

These findings beg the questions, what happened to the N731, 991,000, that was Budgeted for the construction of a stadium? Why has the present government not probed the deputy and senator Seriake Dickson about the contract?

In a bid to get answers to these questions, SecretReporters contacted the deputy governor of Bayelsa state, who was the commissioner at the time the contract was awarded under Seriake Dickson’s led administration. He blacklisted our number as soon as he got knowledge of the questions.

More so, SecretReporters discovered that the company OYIN IMOMOEMI, is not incorporated with the Corporate Affairs Commission.