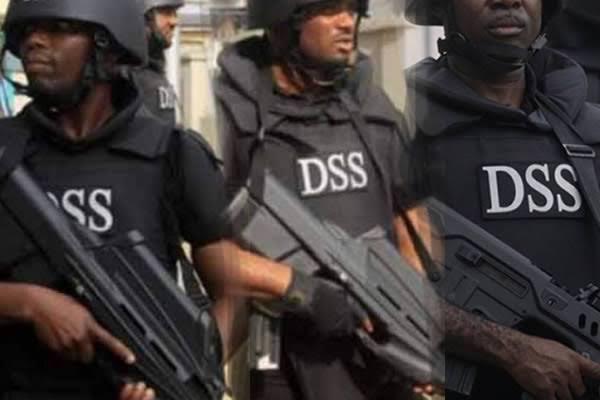 IBOM HITLER: AKWA IBOM JOURNALIST ILLEGALLY DETAINED AND TORTURED BY DSS OVER LEAKED AUDIO ON COVID-19 OUTBREAK IN THE STATE

Coming on the heels of recent attacks on press freedom by some state governors, events unfolding in Akwa Ibom state points to a possible instigation by the Governor Udom Emmanuel led administration to security agencies in the state to round up members of the press whose opinion do not favour his government.

This is following the illegal detention of a journalist Kufre Carter by the Department of State Security over a leaked telephone conversation he had with a medical doctor on the method deployed by the Akwa Ibom state government in handling the spread of dreaded Covid-19 pandemic in the state.

Kufre Carter, who is an indigenous sports presenter with XL 106.9 FM in Uyo, Akwa Ibom state had on Sunday 26th of April, 2020 received a phone call from the Director of Operations of the State Security Service (SSS) in Akwa Ibom state Mr Uchechukwu Nnatube, summoning him to report at the SSS Command in Uyo on Monday, 27th April, 2020 over the telephone audio which purportedly went viral.

SecretReporters gathered that Mr Kufre, having briefed his lawyers about the summon, reported to the facility of the SSS in the company of the Deputy Head of Inibehe Effiong Chambers, Barr Augustine Asuquo but upon arrival, contrary to the provisions of Section 39 of the 1999 constitution which provides the journalist with a right to consult a legal practitioner of his choice during interrogation, the SSS demanded that the lawyer vacate the Command while practically escorting him out of the facility.

“…the SSS in Uyo became agitated the moment our client reported at their Command along with the Deputy Head of Inibehe Effiong Chambers, Mr Augustine Asuquo. The said Director of Operations and other officers of the SSS refused to allow our colleague (Mr Augustine Asuquo) to witness the interrogation of our client. The officers did not only insist that our colleague should leave their premises, they physically escorted him out of the SSS Command” Barr. Inibehe Effiong stated through a press release.

In the same vein, contrary to Sections 37 and 39 of the Constitution of the Federal Republic of Nigeria, 1999 (as amended), Barr. Effiong also revealed that the SSS began demanding that Kufre’s private mobile phone be handed over to them so they can retrieve the mobile number as well as the recorded audio he had with the medical practitioner who has since been identified as Dr Kenneth Okono Inyang in a Press release issued by XL 106.9 FM disavowing the action of their staff.

Furious with the lawyer’s refusal to comply with these illegal demands, the SSS became very hostile and allegedly resorted to torturing the journalist to get a confessional statement from him.

“From all indications, we reasonably believe that SSS officers are torturing Mr Kufre Carter in their custody in their effort to extract a ‘confessional statement’ from our client. The SSS is torturing our client for him to hand over his private mobile phone to them”.

Running amok with illegality presumably instigated by the Governor, in blatant disregard for the 1999 constitution of the Federal Republic of Nigeria (as amended), findings showed that more than 24 hours after the illegal detention of the journalist, the SSS has refused to release him or charge him to court with fears arising that the detention, may expose the journalist to the dreaded Coronavirus after a similar case in which a blogger in the state who was paraded before a magistrate court yesterday, developed symptoms of the COVID-19 supposedly contracted as a result of indiscriminate exposure by security agents and had to be isolated at the Ibom Specialist Hospital.

It is believed that the statements made by the Doctor in the audio may not be a fallacy hence the government’s desperate moves to silence individuals and journalists who intend to reveal the true state of things in the fight against the spread of Covid-19 in the State.