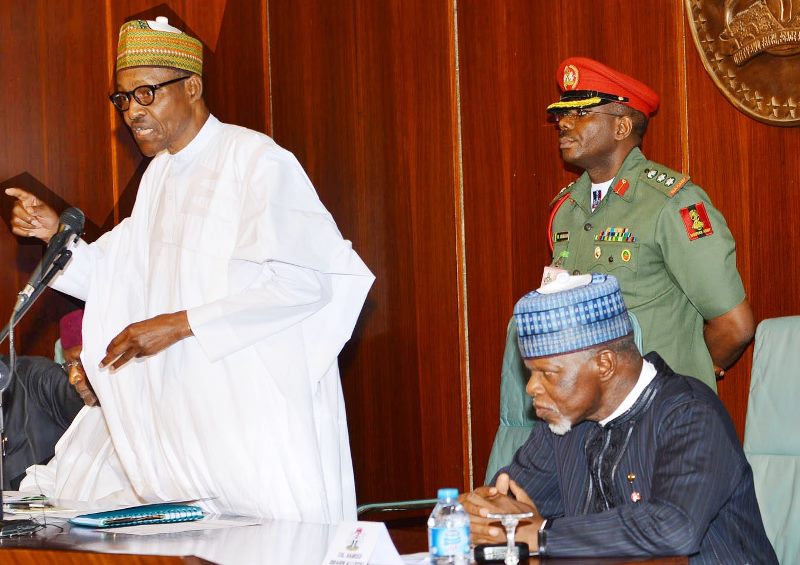 GO BACK TO YOUR COWS IN DAURA AND DON’T CONTEST, CUSTOM BOSS HAMEED ALI TELLS BUHARI BUT…

In what looks like the icing on the cake to push out Mr. Muhammadu Buhari from contesting the 2019 Presidential elections, one of his strong pillar has bluntly told him to quit the race and go back home.

In a video obtained by SecretReporters from OakTV, the Customs Comptroller General, Rtd. Col. Hameed Ali was seen telling the President to go back home to Daura and quit the presidential race, if he was the one.

According to Hameed, who’s the leader of the Buhari Support Group, “I’ve said it and I will repeat it here Mr. President, with due respect, that at seventy plus, with a good retirement benefit, with your house and cows in Daura (audience claps), If I were you, I see no reason why I should be in this arena, but why are you here; it’s because you love this nation”.

Speaking further, the CG claimed that Buhari left his comfort in order to serve Nigeria and promised to push him for his second term dream to be a reality.

Under President Buhari, Nigeria’s GDP has gone down, with thousands of killings caused by the Fulani herdsmen and Boko Haram, with no end in sight. His party, the All Progressive Congress (APC) is also in tatters, with twenty three Senators and a Governor already gone to the opposition.

Previous BANK FROM HELL: HOW UNION BANK ROBBED CUSTOMER OF 4.1 BILLION DESPITE PAYING OFF N1.3 BILLION LOAN THEY COLLECTED
Next APC AND THE GALE OF DEFECTIONS