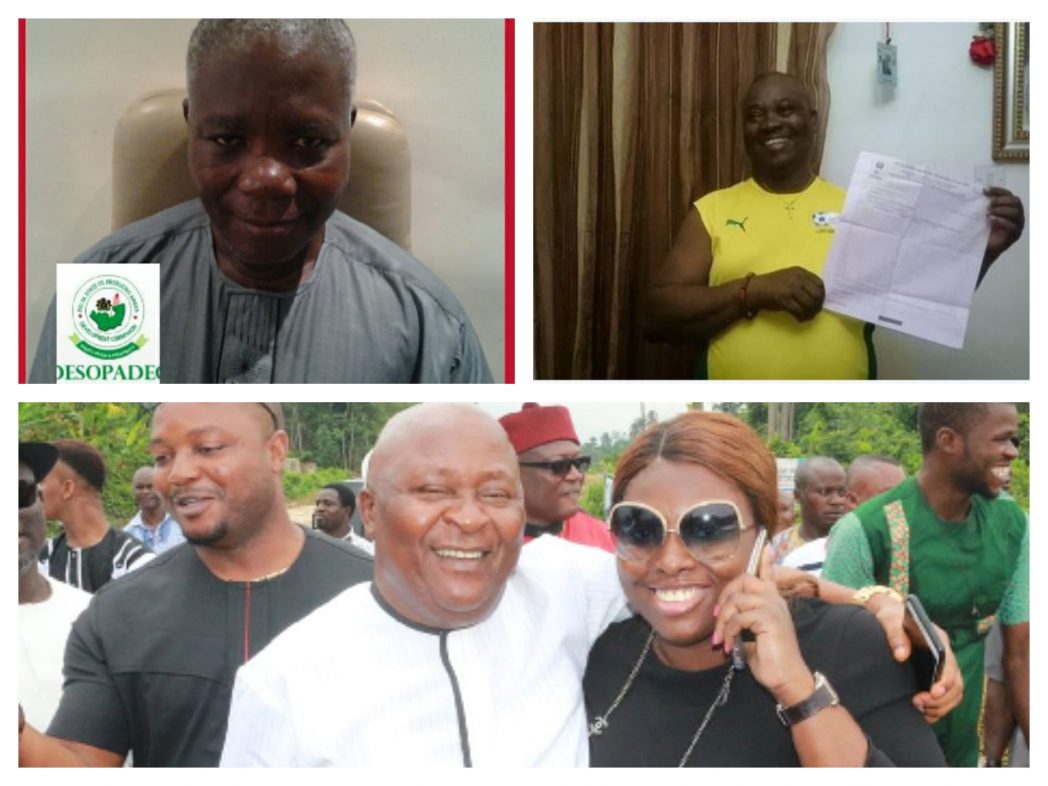 The crisis currently rocking the Delta State Oil Producing Area Development Commission (DESOPADEC) over its padded budget may not end soon, as Secret Reporters has uncovered a multi million Naira fraud committed by the board Managing Director, Mr Williams Makinde, Delta State House of Assembly Speaker, Mr Monday Igbuya and the Chairman, House Committee on DESOPADEC, Mr Dennis Omovie. To aid them in padding the budget was also Ibor’s daughter, Erhitake who is the Chairman, House Committee on Appropriation.

The budget as well as its breakdown which is currently in our possession we can report authoritatively is best described as a budget of few thieves who padded it and awarded to their own companies.

In the breakdown of the budget, a whooping sum of N1.2 billion was allocated to the twenty nine House of Assembly members by Makinde in connivance with Igbuya and Omovie. The three Urhobo looters sat down together to prepare the budget, padded it and gave it to the commission to submit to the lawmakers for approval, without a single input from them.

Our sources in the assembly revealed that only N20 million was finally approved to each of the lawmakers making it a total of N580 million, leaving a balance of N579.9 million unknown to majority of the ignorant assembly members.

Investigations carried out by Secret Reporters revealed that Makinde padded the budget for his godfather, James Ibori with the huge part of it to be used in building his private university, while Igbuya and Omovie diverted various projects to be handled by their companies.

One of the lawmakers from the Itsekiri axis who spoke to us in confidence explained stated that “Omovie, Igbuya and Makinde know wetin dem do. As we speak, I am not in possession of a copy of the budget I supposedly passed”.

The Itsekiris, Isokos, Ndokwa and Ijaw are set for war over the budget as it favors the Urhobo more than any ethnic group in the commission. “This is an Urhobo budget not DESOPADEC”, an Isoko top politician told Secret Reporters.

Smart Igbuya has since left the country for weeks now to escape the crisis he knew that budget will cause. Calls placed to his lines never went through neither did Makinde respond to calls also.

Previous BUHARI SPENDS N2.5 BILLION HOLIDAYING FAMILY IN US IN DISGUISE OF UNITED NATIONS TRIP, AS AISHA TAKES MAKE UP ARTIST ALONG
Next FOUNDED TO DEFRAUD: MONEY DOUBLERS GTB VEERS INTO PONZI SCHEME IN DESPERATE BID TO DEFRAUD CUSTOMERS AND STAY AFLOAT