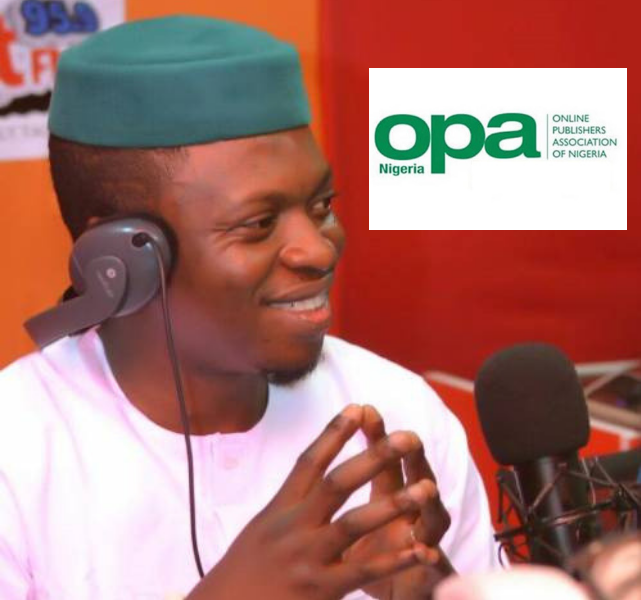 The Online Publisher Association of Nigeria (OPAN) has urged the police and Nigerian authorities to drop all the outrageous charges preferred against, Mr. Agba Jalingo, a journalist and Publisher of Calabar-based news website, CrossRiverWatch and release him from detention immediately.

On August 30, the police in Cross River state charged Jalingo with disturbance of public peace and treason for his writings and social media posts about the controversial Cross River Governor, Mr. Benedict Ayade.

Police arrested Jalingo in Lagos on August 22, 2019. Authorities also charged him with two counts of terrorism, stemming from his alleged plans to work with Omoyele Sowore, “cult members,” and a local prince to “commit acts of terrorism” to remove Ayade from office, according to the charge sheet.

“To equate published criticism of government, policies and politicians with treason is absurd, draconian and outrageous.

“Authorities MUST release Agba Jalingo and other journalists, who are currently in state custody for speaking truth to power and demanding accountability from public office holders, immediately and unconditionally,” the OPAN statement said

Previous LOST IN THE WIND: NIGERIA’S VICE PRESIDENT TURNS OFF COMMENT ON INSTAGRAM PAGE AS HE PREPARES TO MOVE OUT OF ASO ROCK
Next OGUNLEYE, DURODOLA AND IBANGA JOIN IPC’S GOVERNING BOARD, AS IT CLOCKS 20 YEARS