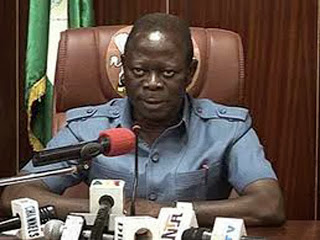 Contrary to claims by security agencies that there was a security threat to the conduct of the Edo State Governorship elections earlier scheduled for Saturday, September 10,2016, We can report exclusively that, the postponement of the elections was in view of the massive defeat which the All Progressives Congress candidate, Godwin Obaseki was to face, quickly prompted a shift.

Exclusive sources who spoke with Secret Reporters said, the sallah which was declared had a direct effect on the elections, as majority of the people in Edo North, are muslims where Oshiomole hails, which would have given Ize Iyamu, the PDP candidate an edge over Oshiomole’s candidate, as voters in the senatorial district, would have been concerned with their sallah, rather than elections.

The Edo State election was fixed long ago, without the APC knowing that sallah will fall on same day, as declared by the sultan, and to save the embarrassment the Governor will face, INEC had to be called by Buhari to shift the elections.

Sources said, Buhari’s visit to Edo State was only a poly to deceive Nigerians that the President knew nothing about the postponement, when it was already at his instance it was arranged.

We can reliably report that, Oshiomole put a call across to Lai Mohammed, who in turn called the President, that they will be defeated if the elections were not postponed. It was a presidential directive on the INEC Boss that made him announce a shift, to enable the APC induce more voters and restrategize on their plans.
More to come in our next report